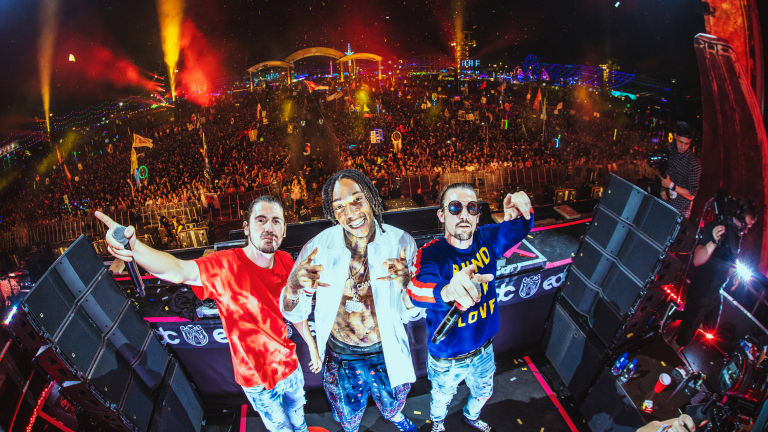 Globally celebrated powerhouse brothers Dimitri Vegas & Like Mike have unleashed their latest single and recruited the unexpected assistance of none other than the kush king himself, Wiz Khalifa. A true testament to growing up and living out your dreams, “When I Grow Up” speaks as a work of admiration and inspiration to the kid in each of us.

“We (want to) speak to a whole new generation of kids, give them positive vibes and inspiration,” he says. “On the other hand, it also looks back. I mean, if you’re somebody; an artist or a successful businessman, successful in any job or you’re happy in life, you can look back and say ‘I was a kid once with big dreams, and I followed my dreams, and that’s where I am today.’” – Dimitri Vegas

The producer spilled to Billboard that this song comes at fans as quite the curveball and is one of more surprises to come from the industry-leading duo. Forever trying to escape limitations and go above and beyond boundaries, Dimitri Vegas & Like Mike continually deliver outstanding hit after hit and remain at the tip-top tier of EDM today with their positive energy and massive stage presences.

The official music video depicts a young trio finding their way through adolescent troubles and rambunxious times straight to the main stage of EDC Vegas. Filmed during their epic main stage performance this year at EDCLV, the video is a fun and carefree portrayal of a few youngsters pushing the limits and ultimately landing at their dream destination – one that just happens to be one of the most legendary settings in the dance music industry.