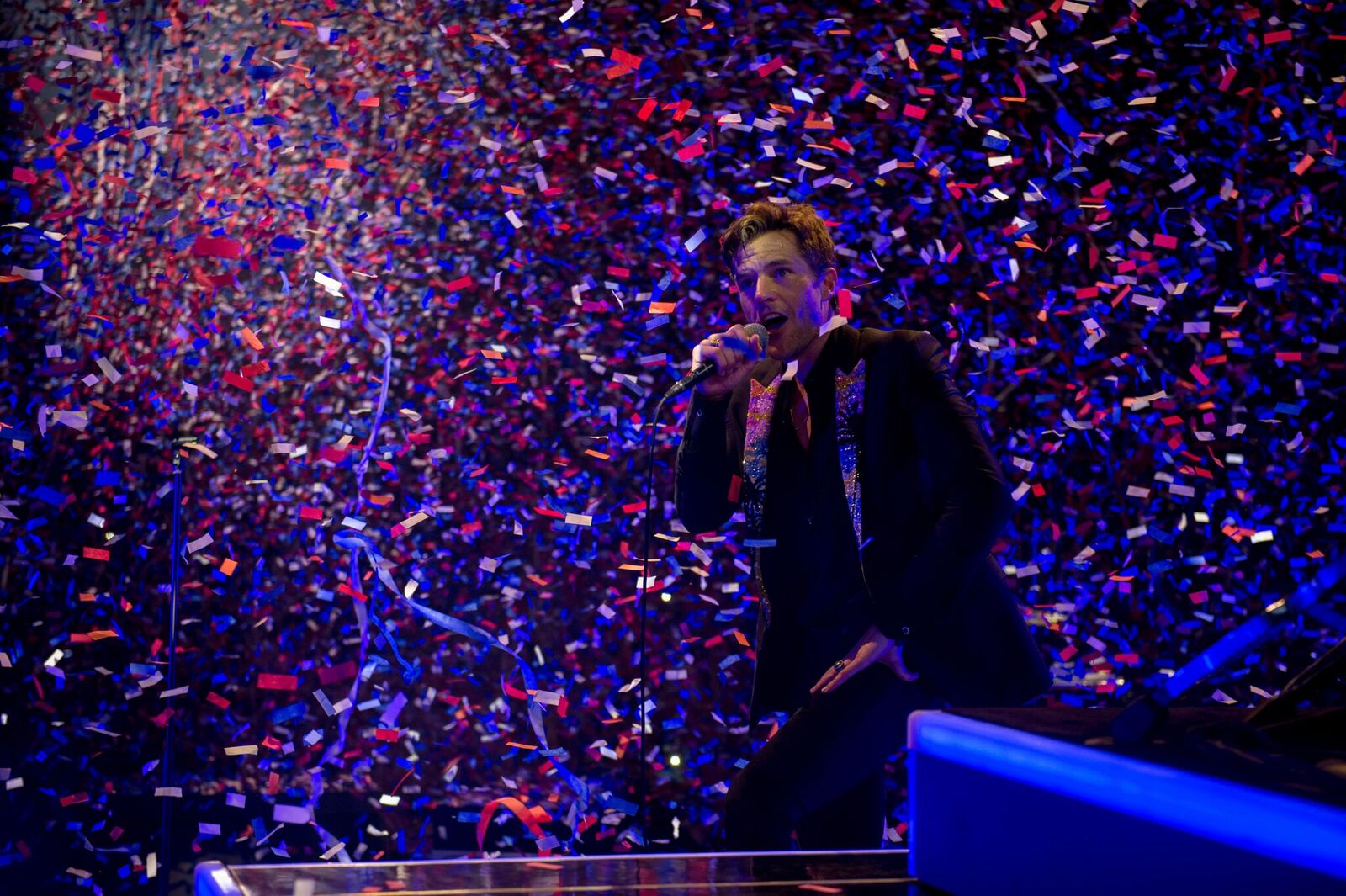 There’s something wonderful about The Killers, which is what keeps their inventiveness so extraordinary. Since breaking onto the scene with their debut album Hot Fuss, The Killers—and famed front-man Brandon Flowers—have been an iconic group ever since. The guys took their Wonderful Wonderful tour to Madison Square Garden this past Friday, January 12 for another unforgettable performance.

Effortlessly fusing rock, electronic, and pop, The Killers brought several tracks from their new Wonderful Wonderful album, such as “The Man,” “Run For Cover,” “Rut,” and “The Calling,” along with the LPs title track. The World’s Most Legendary Arena was rocking to some of the band’s biggest hits – along with some sleeper cell gems from their previous albums Hot Fuss, Sam’s Town, Day & Age, and Battle Born.

Brandon Flowers took center stage in a shimmering, metallic suit to take MSG to church. As nearly 20,000 sang along to familiars like “Human,” “Spaceman,” and “Read My Mind.” We travelled back in time to Hot Fuss for “All These Things That I’ve Done,” “Smile Like You Mean It,” and “Jenny Was A Friend Of Mine” and Sam’s Town favorites, “This River Is Wild,” “When You Were Young,” and “For Reasons Unknown.” Rapidly transcending to the Day & Age era for “A Dustland Fairytale” and “I Can’t Stay,” and Battle Born’s “The Way It Was” and “Runaways.”

In keeping with tour traditions, the group performed two covers: “Just What I Needed” (originally by The Cars) and “Romeo and Juliet” (originally by Dire Straights). The Killers closed the show with their anthemic “Mr. Brightside,” which wrapped up a two-night New York City stint (one of which took place at Brooklyn’s Barclays Center).

Whether taking over the world-famous Las Vegas Strip for a concert-series with Jimmy Kimmel Live!, or headlining some of the world’s biggest music festivals—which they’ll be doing in 2018. The Killers are slated to headline Firefly and Bonnaroo, among other fests this season.