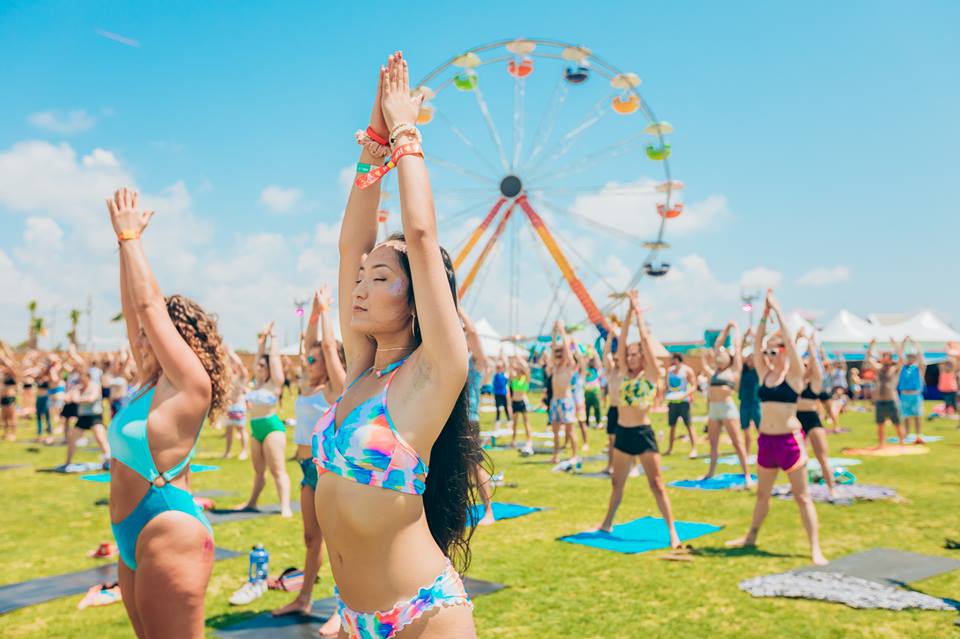 With icy Winter in full swing, what’s better than a charming reminder of warm summer moments to come; Hangout Music Festival being at the forefront. Breezing through Gulf Shores Alabama from May 16th-19th, Hangout’s high-roller lineup is sure to remain one of the most versatile and stunning ones of 2019.

While headliners range from Kygo, to The Lumineers, to Khalid, to Travis Scott, we’re taking advantage of the whirlwind array of talent crossing the festival to call out 5 sets that are absolute MUSTS this summer. Keep an eye on more announcements to come, and until then feast your eyes upon the atmospheric sounds ahead with 5 cannot miss performances!

The 1975. Yes, dreams do come true. It’s safe to say fans were booming with emotion when The 1975 was revealed as part of Hangout’s lineup this year. For starters, their recent album A Brief Inquiry Into Online Relationships exceeded expectations 10x. Including anthems like “Love It If We Made It,” “TOOTIMETOOTIMETOOTIME,” “Sincerity Is Scary,” and a dozen more, the irresistible soundtrack has been on repeat across the globe. Yet again, the guys graced the scene with a multitude of vocal havens, explorations of twisted lyrics, and instrumentals that pull on your heart strings like no other. When it comes to The 1975, their music is one thing, experiencing their live set is an entirely other thing. The power and raw emotion that roars from their stage presence is simply unforgettable, and they bring music to life in one of the most sensational ways imaginable.

A R I Z O N A. The ultimate trio are sweeping through Hangout, and this is one performance to ensure is at the top of your lineup. The heartfelt minds behind soul-fueling songs like “Cross My Mind,” “Oceans Away,” “Ain’t Gonna Leave,” “Freaking Out,” their electrifying remix of Robin Schulz’s “I Was Wrong,” and so many more, A R I Z O N A knows just how to unleash full sonic brilliance in their music. On the flipside of producing music, when it comes to rowdying up crowds, the group goes above and beyond in projecting their uplifting energy and pure joy up on stage. Their infinite talent of distinct vocals and radiant instrumentals make for charismatic live sets time after time, and just in the midst of beach vibes and summertime magic, this is going to be one act for the books.

Alison Wonderland. The girl boss, a deep soul behind electronic music, an emotive presence across the world, that’s right – Alison Wonderland is bound for the stage at Hangout this May, and that crowd is one you do not want to escape. Experiencing a set with Alison feels like one of the most intimate occasions, regardless if at a small venue or massive festival stage, and THAT is something quite special. Alison’s Awake album spread through the industry like wildfire in 2018, and the Australian gem wove this masterful tracklist alongside her spellbinding cello throughout sets at Coachella, Tomorrowland, EDC Orlando, and a whole lot more. If you’re up for one of the most magnetic, exhilarating, symphonic, and wholehearted performances of Hangout fest, be sure you’re running to Alison to score your spot in the crowd.

Jonas Blue. With sun shining, waves crashing, and beach festivities all-around, there’s one DJ you simply can’t ignore at Hangout 2019. Jonas Blue is undoubtedly one of the most exciting parts of the roster, as his live performances bring a sound for just about any music taste. From feel-good melodies, to hard-hitting drops, to stuttering bass, to blissful vocals, to anthemic tracks, Jonas Blue crafts his sets to feature a range of styles, catered to each and every crowd he plays. 2018 saw collaborations between Jonas and beloved artists like Joe Jonas, Nina Nesbitt, Kaskade, and team ups for bangin’ songs “Rise,” with Jack & Jack, “Back & Forth,” with MK and Becky Hill, and “Polaroid” with Liam Payne and Lennon Stella.

The Him. From their start in the dance music capital of the world, Amsterdam, to ample tours across the world, DJ/Production duo The Him own one heavenly slot at Hangout this summer. Known for fusions of infectious melodies, electrifying remixes, heart soaring original records, and freshly minted musical style, The Him are beyond an ideal fit for this festival. Equipped with solo songs like “White Lies,” “Broken Love,” and “Nothing On Us,” in their discography, the pair have also risen through the ranks with zestful collaborations including fellow Dutch producers Jay Hardway for “Jigsaw,” and Jordan Jay for “By Your Side.” Without hesitation, The Him throw down 10/10 energetic performances time and time again. Filling their sets with dance floor staples and whimsical vibes, you’re certainly catching all the grooves on the beach at Hangout this time around with The Him.

Photos courtesy of Hangout, The 1975, ARIZONA, Alison Wonderland, Jonas Blue, The Him Facebook