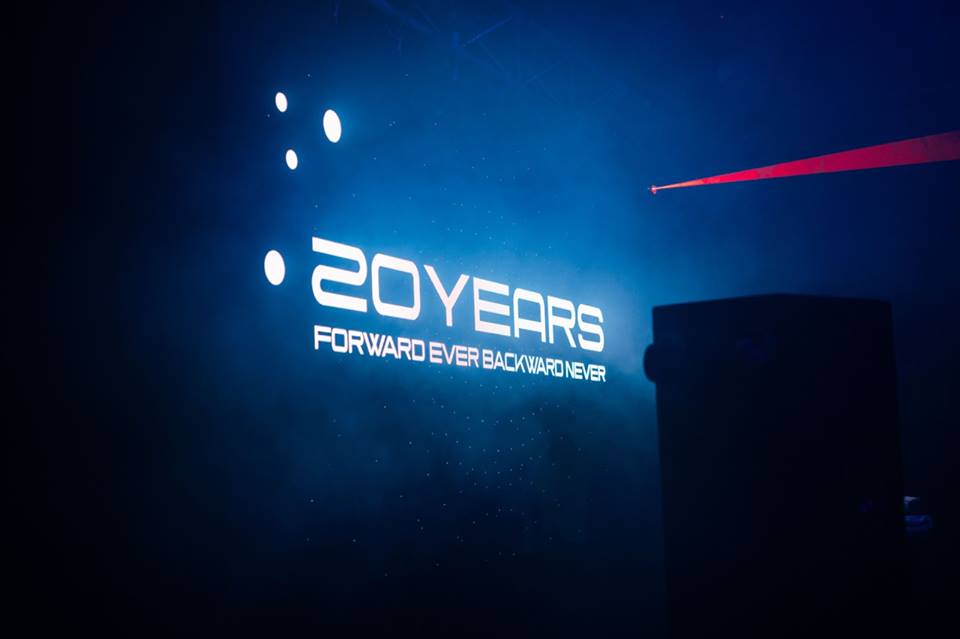 As every new year brings many special occasions and noteworthy successes, 2019 is of particular significance to one of our most cherished trance duos, Cosmic Gate. This year will mark a huge milestone for Nic Chagall and Bossi, as it is their twentieth successive year of making glorious music together, and they want to celebrate with YOU!

Cosmic Gate’s life-span of two decades has given rise to dozens of club classics, genre-shaping anthems, upwards of 50 career remixes, and 8 (soon to be 9) albums. What the pair has decided is the only way to honor this momentous occasion, is to not so much rewrite the ‘greatest hits’ rulebook, as leave it for dust.

“What Bossi & I didn’t want” says Cosmic Gate’s Nic Chagall, “was something that focussed exclusively on our last 20 studio years – a straight up ’greatest hits of Cosmic Gate’ or whatever. More, we were looking for something that was a broader echo of what we’ve experienced as DJs, with – further – and as-strong emphasis on the future.”

20 Years – Forward Ever, Backward Never is set to hit the scene this Spring as Cosmic Gate’s 9th collective. The album will approach release from four distinct points, explains Bossi. It will comprise new Cosmic Gate productions, as well as collabs with artists who have stood beside them in their career. Furthermore, it’ll feature reworks of tracks that have been of particular inspiration, and new takes from others on classic Cosmic moments. Perhaps a fifth avenue will be explored, as their celebrations will encompass the liveliest-of-live aspects through their 20-20-20 tour.

Their celebratory run is officially titled the ‘Forward Ever, Backward Never’ Tour and is currently underway, making 20 stops across the world in cities of particular significance to the pair like Toronto, St Petersburg, Utrecht, Vancouver, Denver, San Francisco, Dallas, Miami, Cologne and more. All handpicked by Nic and Bossi, each show will witness a special three-hour set to mark the group’s ‘future x present x past.’

“This will take us closer to the 360 of who we are, where we’ve been and – as much – where we’re going,” feels Bossi “… where these four avenues meet on the album will be the sign-off for our last 20 and mark the start of our next.”

In even further and most exciting news, the pair has received their first GRAMMY nomination. Up for their high-powered remix of Gabriel & Dresden’s “Only Road” under the Best Remixed Recording category, Nic and Bossi are still celebrating the success of this massive 2018 release. Since first landing last February, this mix shook the scene and was featured in DJ sets all year and well into the end of the Ibiza season, even giving the original a run for its money. Highly praised by the industry’s best, the remix is now recognized even beyond the dance music community. In their “9/10” Single of the Month review, DJ Mag dubbed the track “masterful” and admired its “embracing of darker tones,” “wily sound design,” and “alchemic sequencing.”

This was not the only remix of 2018 that Cosmic Gate blew out of the water in our opinion, as their retake on Gareth Emery’s “Call To Arms” was absolutely mind-blowing. Appearing in their Tomorrowland 2018 set, the track made an awe-inspiring roar through the otherworldly design of the Trance Energy Stage, and has slayed in live sets ever since.

All in all, we are so psyched to be a part of this monumental time in Cosmic Gate’s career, as they have continually delighted us and remain standing as one of the most enduring and groundbreaking names in trance music.