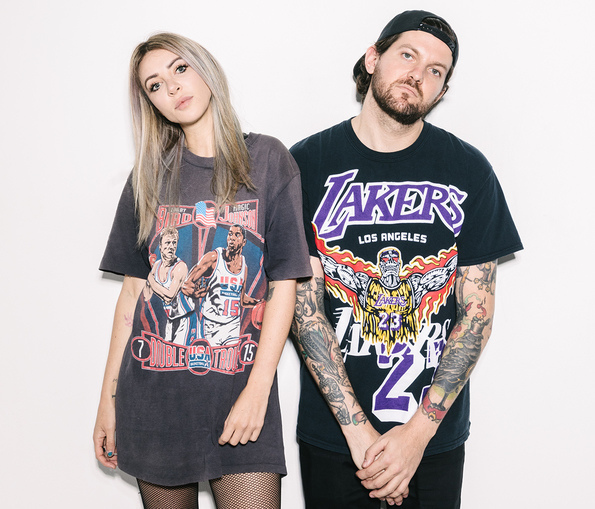 It’s official! Alison Wonderland and Dillon Francis are heading out on tour together, and we couldn’t be more thrilled about the news. The ‘Lost My Mind Tour’ is kicking off January 31st, 2019 and will hit stops across the U.S. through February.

The ‘Lost My Mind Tour’ will be a co-headlining tour and feature solo sets from both Dillon Francis and Alison Wonderland, as well as an exclusive and undoubtedly wild back-to-back set at each show. The announcement comes right at the heels of the release of the lovable duo’s upcoming release, which they’ve been teasing around in varying forms. The pair made waves last week during EDC Orlando when Dillon brought Alison on stage to perform the unreleased track, and as we’re certain you could expect, the crowd reaction was beyond imagination. Alison also had a Main Stage set at the festival where she even played her cello, a very special delight to all the AW fans out there.

This tour and impending collaboration are just the cherries on top of an insane year for both artists. Alison’s recent Awake headlining tour was beyond success this Summer, following the release of her sophomore album of the same name, which easily proved to be one of the best albums of 2018. Her remix album Awake The Remixes also just landed, as if we thought her tracks couldn’t get any better.

Dillon Francis hasn’t been any slouch either, as he just wrapped up his Wynn Las Vegas residency for the third consecutive year. His career has seen several major milestones in 2018 as he now holds nominations for both a Latin American Music Award and a Latin GRAMMY Award for “Sexo,” his smash collaboration with Puerto Rican superstar Residente. He also released his second album this year, WUT WUT, which opened an entirely new dimension for him in the Spanish-speaking realm of the world, ultimately leading to his nominations as well as global chart domination, as one could only expect.

Catch a few laughs at their hilarious promo video for the tour below, and get amped because we know this tour is going to be one full of nonsense, sarcasm, and shameless hilarity.

Tickets for the ‘Lost My Mind Tour’ are officially on sale this Friday, November 30. Pre-sale tickets are launching Monday, November 26 with an additional exclusive Spotify presale beginning on Wednesday, November 28. For more information and ticket info visit here.