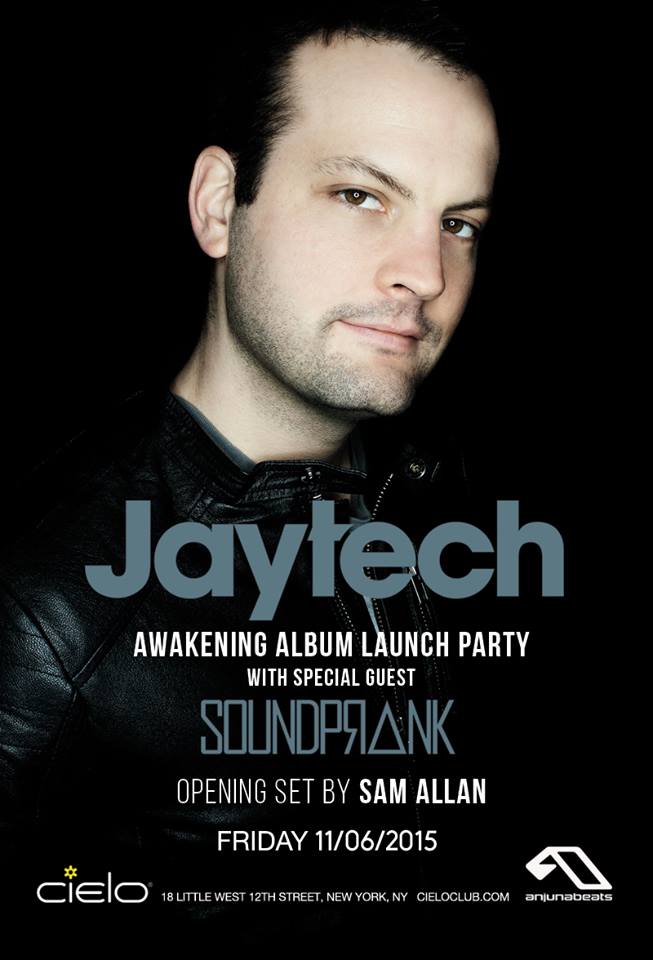 Jaytech is making his New York City return on Friday, November 6 and we want to make sure you’re part of the action!

James Cayzer—better known as Jaytech—will assuredly provide an unforgettable DJ set amongst kindred spirits. Soundprank is to join Jaytech this weekend at Cielo.

Win a Pair of Tickets for Jaytech at Cielo NYC on Fri., Nov. 6 From The Nocturnal Times:

Tier 2 tickets ($25) for Jaytech at Cielo NYC on are available HERE.

Aly & Fila at Pacha NYC on Sat., Nov. 7; Win a Pair of VIP Tickets From The Nocturnal Times