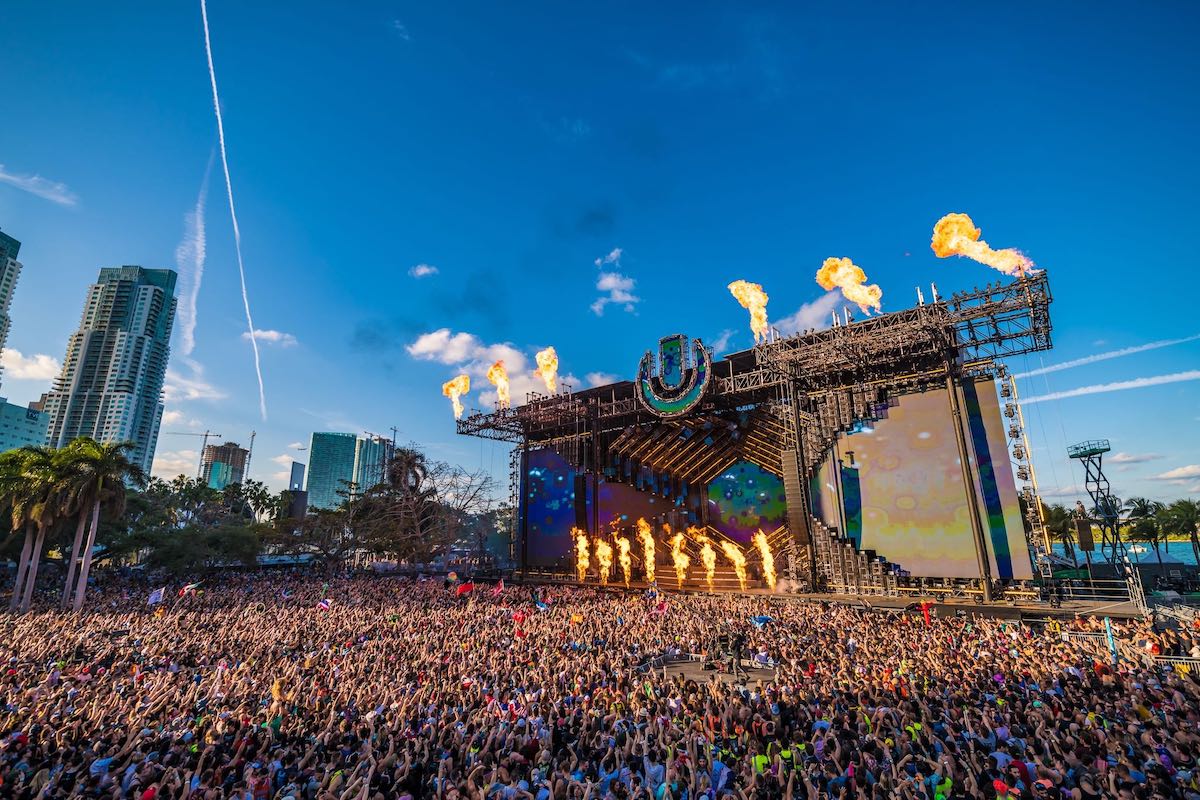 The 22nd annual Ultra Music Festival is a little less than a month away, and the long-anticipated Phase 3 lineup has been released in addition to each stage’s chronological order of appearances.

Big additions such as David Guetta’s underground alias, Jack Back, who will be making his North American festival debut since the side project’s relaunch in 2018 have been added. Other artists include the first official Hardstyle booking of the major Belgian producer, Coone, the phenomenal beatmaker, Baauer, the indie-electronic game changer, TOKiMONSTA, and the multi-talented singer, songwriter, and producer known as CRAY.

Major decade milestones will be celebrated by both Revealed Recordings and A State Of Trance during the festival. Revealed will be reaching its ten-year anniversary since the label launched, and A State Of Trance will be coming back for its tenth consecutive showcase at Ultra. On Friday night, Revealed Recordings will have a huge closing performance with their supported artists playing back-to-back. On Saturday, the hype will continue with a special collaborative set from a large number of artists known for their incredible contributions to A State Of Trance.

Continuing with the excitement from the unveiling of Phase 3 artists, Ultra has also provided a day-by-day lineup for each of the six stages. This year will be bigger than ever, with the Ultra Main Stage hosting a variety of mixed genre performances. You will see the powerhouse sounds of Martin Garrix and Afrojack, the signature Trance styles of Above & Beyond and Armin van Buuren, the vibey sunset sets from Kygo and FISHER, along with the classic House tunes from Tchami and Oliver Heldens. All of these top-tier performances will be topped off by massive closing sets from Major Lazer, DJ Snake, and David Guetta, in that order.

On the Live Stage, there will be a diverse amount of unique performances, from artists such as the GRAMMY- award winning producer, Flume, who will be making his Ultra debut by closing out with a far-out showcase of drums, synths, and a variety of instruments. The respected prince of darkness, Gesaffelstein, will be returning for his first Miami performance since the debut of his Vantablack VBx2 live show this past spring which creates the illusion of never-ending depth and darkness. On Friday evening, the festival will be closed out by Zedd presents The Orbit, which will show an orbiting structured backed by LEDs revolving around the three-time Grammy award-winning producer.

The Ultra Worldwide Stage will also take off on Friday with an unreal amount of heavy bass. The stage will feature sets from, Jauz B2B NGHTMRE, Snails B2B Kill The Noise, Borgore, and many more. Saturday’s A State Of Trance will continue to commemorate the 10th year of representation at Ultra, with sets from Gareth Emery, marking his first A State Of Trance appearance since 2013, Tritonal, also marking their first A State Of Trance appearance since 2013, in addition to Andrew Rayel, Aly & Fila, Ilan Bluestone, plus many more of Armin van Buuren’s Trance squad. Closing out on Sunday, Malaa and DJ Snake will collaborate for their first B2B this year, along with SLANDER B2B Kayzo, Space Jesus, Andy C, and many others.

The legendary Carl Cox, who has been curating his own stage at Ultra Music Festival since 2005, will expand his classic RESISTANCE MegaStructure for all three days for the first time at Bayfront Park. Carl Cox will be closing out each night starting with a B2B with Maceo Plex on Friday, a B3B with Jamie Jones and The Martinez Borthers on Saturday, and a solo performance on Sunday. Techno and House superstars including Richie Hawtin, Tale of Us, Adam Beyer, Cirez D, Loco Dice, and Amelie Lenz, making her first Ultra debut, are just a handful of the many names that represent the MegaStructure’s lengthy lineup.

A brand new-stage labeled “The Cove” will be presented for the first time ever by RESISTANCE. The name comes from its placement under the palm trees in the heart of Downtown Miami, with waterfront positioning with Biscayne Bay to the east and Biscayne Boulevard to the west. This new stage will bring the mood and spirit of Resistance Island, with performances from Solardo, Pan-Pot, ARTBAT, CamelPhat, Reinier Zonneveld (Live), and Matador. Keep up with further announces from Ultra Music Festival in the few remaining weeks, this year is going to be the most packed yet.