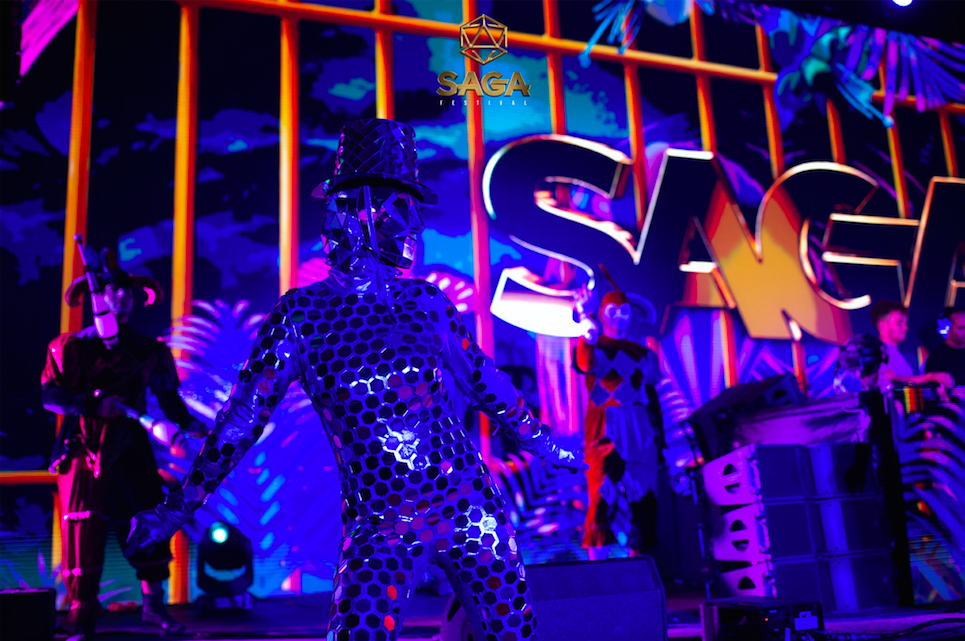 When two of the biggest players in the industry team up, rest assured you’re in for a real treat. The hugely exciting debut edition of ALDA & Insomniac’s SAGA Festival has officially revealed a star-studded lineup. The festival’s theme The story of SAGA is the telling of the mythical adventure set to greet ravers between June 5-7 at Izvor Park, Bucharest.

SAGA is catering to a broad spectrum of artists, which also feature a couple of Romanian exclusive performances. Australian party starter, DJ, and instrumentalist, Timmy Trumpet has joined the lineup, in addition to psy-trance kings Vini Vici and multi-million selling Swedish songstress Zara Larsson, who will perform a spectacular live show. With a selection of high-profile names added during the Phase 3 announcement, trance maestro Dash Berlin will bring his euphoric sounds to Bucharest, as well as eagerly-anticipated sets from technically skilled DJ and producer Laidback Luke, and powerhouse duo Sunnery James & Ryan Marciano.

These names join the already announced cast, which will see a glittering ensemble of names from house, trap, and progressive, head to Romania this June with GRAMMY winning DJ and producer Tiësto performing a Romania 2020 summer exclusive. The lineup is also set to include Norwegian superstar Alan Walker (Romania 2020 summer exclusive), future house supremo Don Diablo, British brothers Disclosure, acclaimed trance act Faithless (DJ Set), and many more. Party-goers will be on hand to experience the beginning of a brand new era for the Romanian festival scene, with more than 150 artists performing across 5 diverse stages during the weekend.

Saga has revealed a new partnership with WWF, with the purpose of enrolling as many people as possible to act for preserving Romanian biodiversity and the quality of air, water and food. The agreement, which will see SAGA aim to be a sustainable event, will see the Romanian spectacle bid to secure a low ‘festival footprint,’ a term made up of the waste management, carbon footprint compensation, sourcing of local food, use of public transport, and much more. As figureheads of the environmental change movement, WWF Romania wants to promote a great understanding of the issues facing the world as we know it, with half of all forests and coral reefs globally already lost, together with 80% of wetlands, and two-thirds of the world’s long rivers.