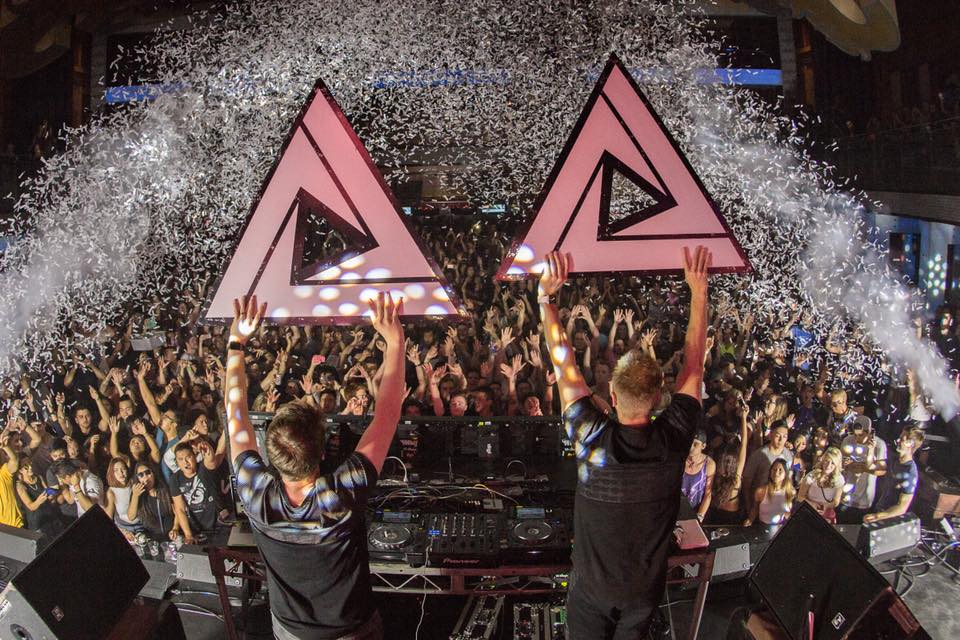 Currently in the midst of their massive national tour, Tritonal has released their newest single “Hard Pass” ahead of their upcoming U&Me album. Radiating Tritonal’s signature heartfelt sound, the record is highlighted even more by featured artist Ryann’s emotive and effortless vocals.

“Hard Pass” follows Tritonal and Kapera’s collaboration “Easy,” which Ryann also lended her beauteous voice to. Dance music fans can recognize Ryann’s beautiful vocals from her past collaborations with the likes of The Chainsmokers, 3LAU, Yellowclaw, NERVO and more. If this track is any glimpse into what the rest of Tritonal’s U&Me album will be composed of, fans are going to be swirling in a sea of uplifting vibes and songs that will carry them far into the future.

With support from Shaun Frank and Breathe Carolina, in addition to Enhanced family favorites, Tritonal’s tour kicked off with pivotal shows at Roseland Theater in Portland, Showbox Sodo in Seattle as well as Los Angeles at the Hollywood Palladium. Upcoming stops include Chicago’s famed Concord Music Hall, Boston’s House of Blues and Terminal 5 in New York City which is home to a special show, as it will be broadcasted live on Sirius XM to celebrate the 250th episode of Tritonia.

Newclaess & Radiozoo Present New “Where I Wanna B Tonight” Collaboration