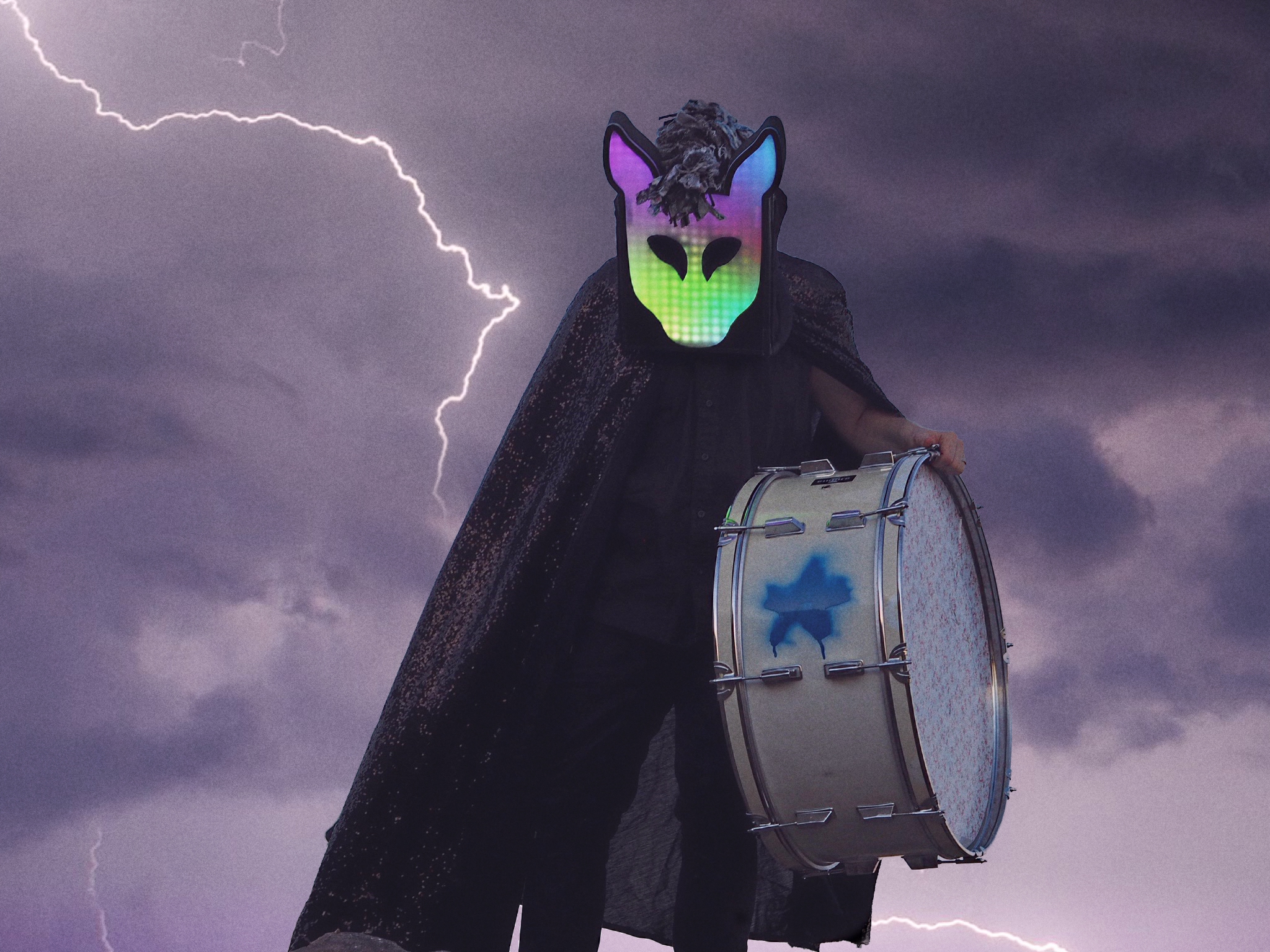 Anonymous producer, Slow Magic, has created a beautiful follow up tune with Shallou to his most recent single, “Home.” This new track, “Somewhere” featuring Woven in Hiatus on Moving Castle is actually the first track out from upcoming EP Closer 2 U. These releases have certainly unveiled to listeners the direction the producer is embarking on with his music.

“Back when we were going on tour together, Joe (Shallou) sent me a work in progress of what this song started as. I thought it was a super great track and wanted to add my own touch. After the tour ended, we met up in LA and finished the song together. I’m super happy with how it turned out, especially the ending section, which makes me want to go run as fast as I can down a road and forget everything.” – Slow Magic

As we look deeply into the mindset of Slow Magic, “Somewhere” emphasizes the producer’s undeniable strengths. The bouncy plucks and staccato synths showcase a bubbly, but mystical sound that captivates the listener. The coos from Woven in Hiatus build and release into the mix as the duo maintains a serene feeling within the piece. Finally, the hypnotic effect of each element succeed in guiding us to a state of perfect relaxation. Its name definitely lives up to its origins too since it was created while on tour with Shallou.

“’Closer 2 U’ represents the difficulties of distance and the importance of connection. I want this EP to encourage and inspire people to reach out to the ones they care about in a time where we are all feeling distant.” – Slow Magic

Last year, the release of Slow Magic’s Dreams project, a North American tour with Shallou, and a European headline tour all took place. The successful showcase of his Dreams project earned praise from influential media outlets including, Billboard, DJ Mag, C-heads, and more. Now, the Closer 2 U EP will make its big debut August 19th via Moving Castle to continue this string of boundary pushing releases from Slow Magic.