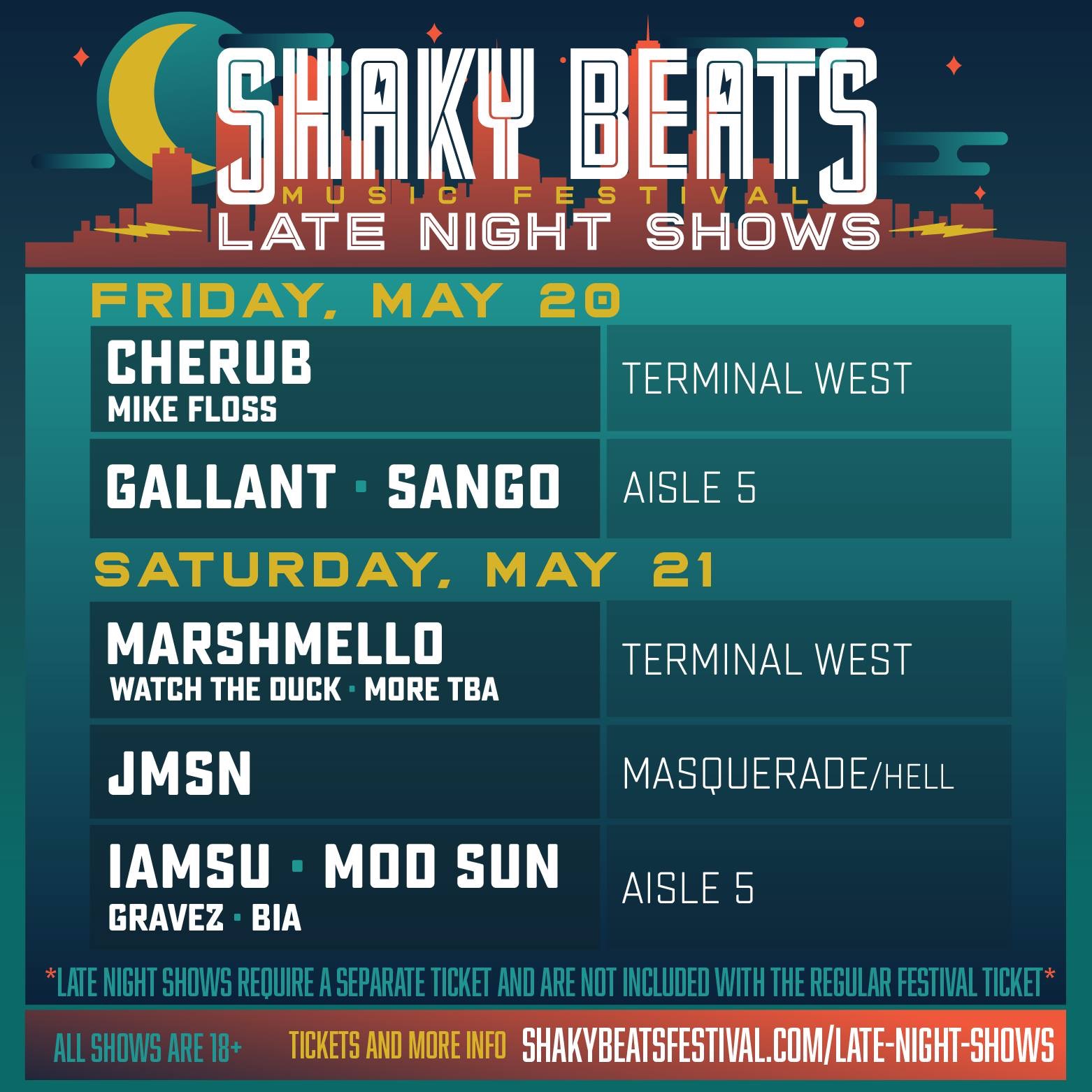 With Shaky Beats Music Festival taking over Centennial Olympic Park in just under a month,  festival goers have been surprised with a strong lineup of late night shows to keep the party going until the early morning on both Friday and Saturday.

The lineups are as follows:

Saturday, May 21:
Marshmello, Watch the Duck, and more at Terminal West
11pm 18+

For more information and to purchase tickets, visit shakybeatsfestival.com/late-night-shows.