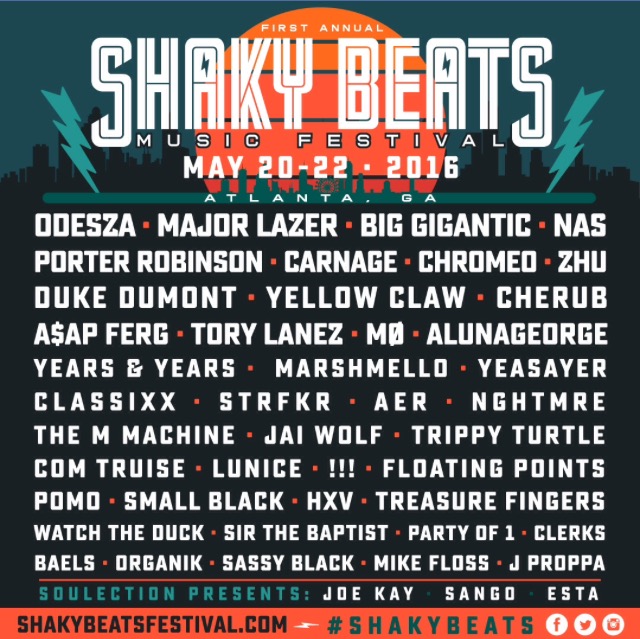 Shaky Beats is a brand new three-day festival, which is making its way to Atlanta, Georgia, ahead of Memorial Day Weekend. Boasting over 40 top-notch electronic, hip-hop, and indie artists, Shaky Beats—which serves as a perfect summer kick-off—will be held at Centennial Olympic Park on May 20-22.

Even filled with up-and-coming and breakout acts—including Zhu, Trippy Turtle, Jai Wolf, and Com Truise—Shaky Beats is loaded with artists worth watching. Shaky Beats has certainly pulled out all the stops to insure that this lineup is one of the most stacked in recent Atlanta memory.

Shaky Beats will come right after the fourth installment of Shaky Knees festival, an indie rock event that is known for its high caliber of performing acts. As the organizers decide to experiment with dance music for the very first time, the release of their lineup has already made quite a nationwide and community-wide impression.

Tickets are on sale now—starting at $162 for 3-day general admission. For more information and to purchase tickets, visit www.shakybeatsfestival.com.