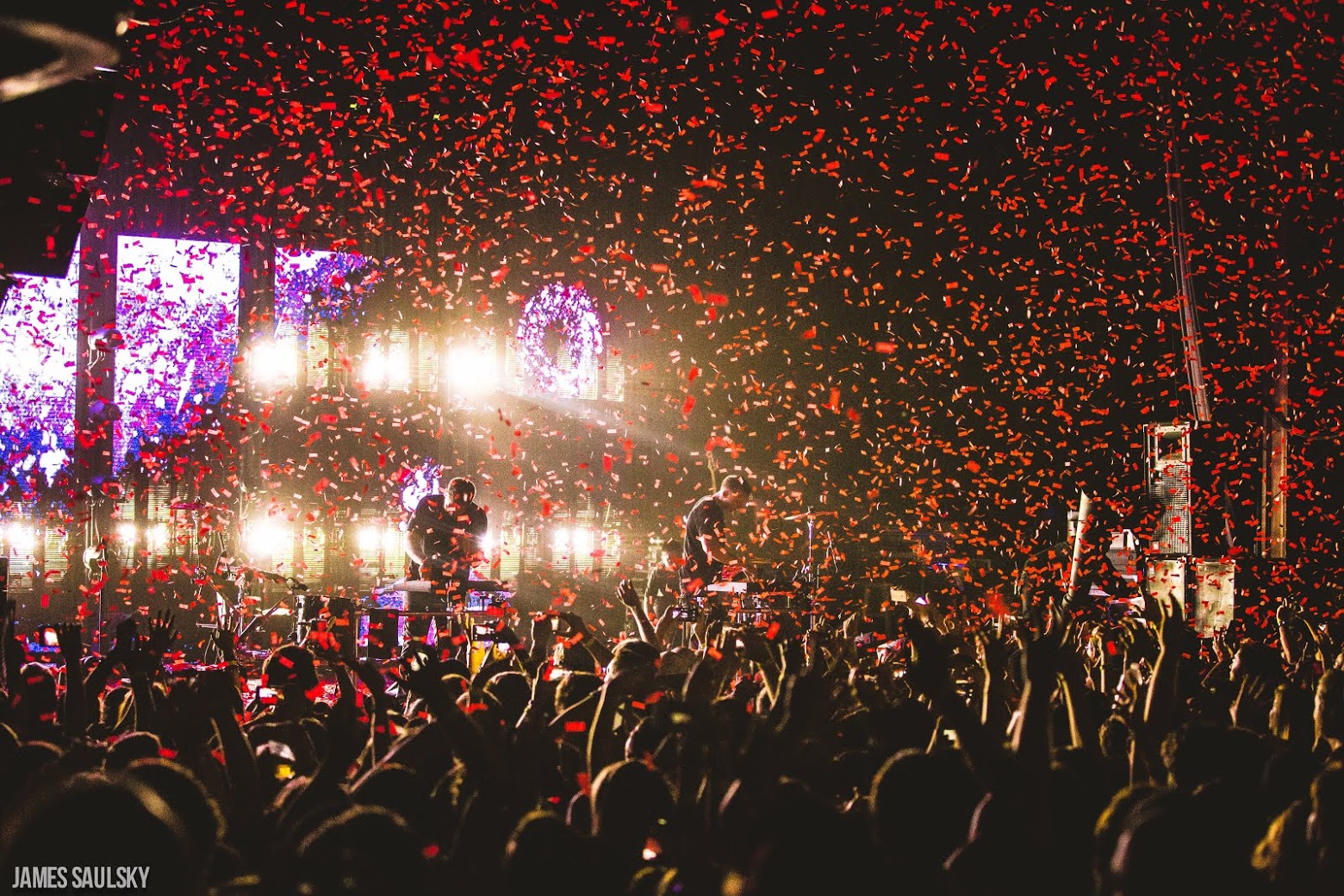 With Shaky Beats taking over Centennial Olympic Park in Atlanta, GA for its inaugural installment in less than a month, it’s time for anxious festival goers to start making their lists of must-see artists. Shaky Beats boasts over 40 top-notch electronic, hip-hop, and indie artists, including massive acts such as Major Lazer, Odesza, Big Gigantic, Nas, and more.

For first-time festival goers, or simply attendees looking for a fresh listening suggestion, we at The Nocturnal Times have put together a list of five artists you absolutely cannot miss at the first-ever Shaky Beats Festival this May 20-22.

Nas
Nas is an American rapper, songwriter, entrepreneur, record producer, and actor. He has released eight consecutive platinum and multi-platinum albums and has sold over 25 million albums worldwide. He is often named as one of the greatest rappers of all time, and has five number one albums on the Billboard 200, tying him with Kanye West and Eminem for second place among all-time rappers. It’s truly a rarity to see an MC of this caliper at a first-year festival.

Big Gigantic is an instrumental livetronica, hip-hop, and jazz musical group based out of Boulder, Colorado. They flawlessly combine electronic beats with live saxophone and drums to create ridiculously funky and fresh tracks. Playing at a huge number of large-scale music festivals all over the nation, their dynamic live performance is enhanced by their constantly evolving lighting, stage design and production for a full audio-sensory experience. Big Gigantic has toured the country numerous times, playing to a majority of sold-out crowds across the US. Recently, Big G has played live shows in the UK and Australia, with plans to continue their international expansion.

Tory Lanez is an emerging MC/vocalist hailing from Toronto, Canada. Throughout his young career, Tory’s collaborated with the likes of Soulja Boy, Bun B, boi-1Da, Sean Kingston, RL Grime, Scott Storch, DJ Mustard, Dizzy Wright, Meek Mill, YG, DJ Drama, Kirko Bangz, G-Eazy, Rockie Fresh and many more. Many people go as far as to compare this young artist with Drake, who is beginning to view Lanez as a threat to his career. Tory Lanez is also known for his insanely high-energy live performances and crowd control. He has even crowd surfed all the way to the back of the famous Red Rocks amphitheater last October. Tory Lanez is expected to blow up in 2016, so now is the perfect time to see him live.

Porter Robinson is an American electronic music producer and DJ born in Shaky Beats’ hometown of Atlanta, Georgia. Robinson has registered multiple number one singles across a large spectrum of electronic music genres. His early influences include video game music and Japanese culture, which he heavily incorporates aspects of into his music. Robinson is viewed by many as one of America’s forefront electronic music producers, and three of his records reached number one on Beatport’s overall chart before he even turned 21. Robinson’s live shows include beautiful anime inspired visuals that coincide wonderfully with his emotional and uplifting tracks. He has toured internationally as a headliner and played main stages at the world’s biggest electronic festivals, and alongside artists like Tiesto, Skrillex, and deadmau5, the latter telling USA Today, “Porter Robinson plans, produces, and plays his own music… Being a DJ generally means being a human iPod. Porter is an authentic artist.”

If there is one artist you absolutely cannot afford to miss at Shaky Beats, it’s Zhu.  His meteoric rise to become one of today’s most buzzed-about dance music artists in less than ten months would not have been possible without two things: sheer talent and a brilliant marketing campaign. Zhu is an electronic music producer and vocalist who keeps his identity completely anonymous by avoiding all media interactions in order to be “judged by his music alone”. Zhu released his first EP, The Nightday, in April 2014, and his first single, “Faded”, was released off that album in March 2014. “Faded” was so successful that it was nominated for a Grammy for best dance recording. Most recently, Zhu released an album with collaborations from Skrillex, Bone Thugs N Harmony, A-Trak, AllunaGeorge, and more last September entitled the “Genesis Series”. Zhu is currently embarking on his first national tour  along side up-and-coming R&B artist, Gallant, both of which are signed to Mind of a Genius Records. Shaky Beats is fortunate enough to be a stop for Zhu on his Neon City tour, which is playing at every major American city, three stops in Canada, and both weeks of Coachella.

Tickets are on sale now—starting at $162 for 3-day general admission. For more information and to purchase tickets, visit shakybeatsfestival.com.