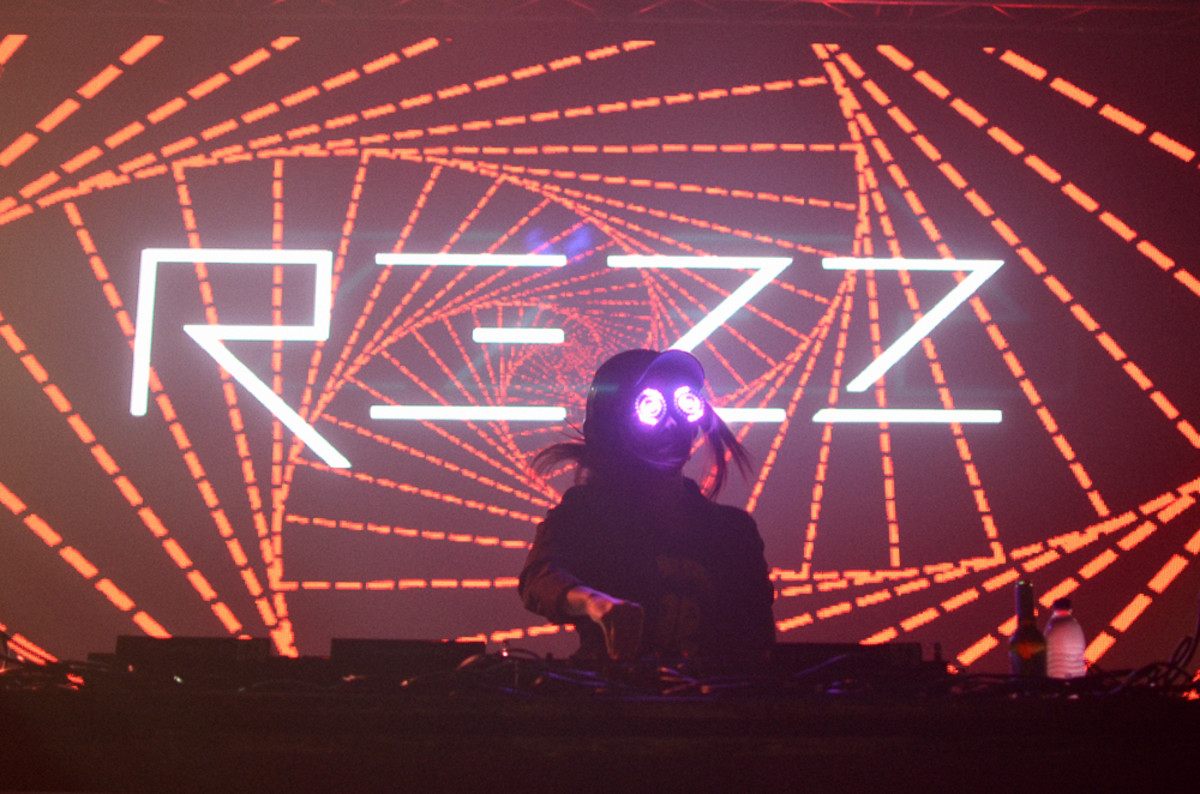 Paving the way for the early August release, REZZ teased fans with a taste of the maniacal new tracks, first unleashing “Witching Hour,” then “H E X” and “Flying Octopus,” which even came paired with an adorable music video depicting a cartoon octopus and his submarine journey towards Space Mom.

Certain Kind of Magic has seen a brilliantly warm welcome thus far, exploding of course with unwavering support from her devout fanbase, The Cult of REZZ. Lucky members of The Cult were invited along with industry professionals to a special magic show and intimate listening party for the album in July at the Magic Castle in Hollywood, CA.

The eight-track album features collaborations with emerging wonder 1788-L on “H E X,” Deathpact on “Life & Death” (how fitting,) Kotek on “Teleportal,” 13 on “The Crazy Ones,” and Fytch on “Toxin,” all of which beautifully demonstrate her innate ability to shatter airwaves and leave you spinning for days.

Isabelle Rezazadeh (REZZ) has seen instrumental success in captivating fans across all kinds of music tastes, regardless of their preference in electronic sub-genres. Her work possesses an instantly recognizable sound, filled with distortion, bass-booming undertones, and static noise that smashes straight through your speakers. Taking it to a higher level, catching REZZ live is one of those experiences that will steal a piece of your soul and is bound to keep you soaring on another planet for quite some time.

A truly standout artist, the young Canadian producer has caused quite the stir in the electronic scene as of late with her hypnotic beats and live performances that prove to be unlike anything you’ve ever experienced before. The magical way she captivates an audience speaks volumes to her infectious character and groundbreaking work. Stealing nods of all kinds from Mixmag, Dancing Astronaut, and Billboard (who dubbed her Billboard Dance Breakout Artist of the Year) shows just a small taste of the attention REZZ has been grabbing this year.

“Released on mau5trap, the eight-track body of work takes the macabre and quasi-narcotic sounds REZZ is known for and pushes it full throttle…for the most part, the spidery thread that takes the listener throughout is grounded in Rezazadeh’s uncanny ability to tread the line between desire and tension.   Froggy synths belch on ‘Teleportal,’ a collaboration with Kotek, sharing the stage with complicated fills that tumble like a rickety Jenga tower. ‘The Crazy Ones’ with 13, relies nearly as much on there absence of sounds as the presence of it, inducing shivers with a drop that alternates between head bobbing bursts and muted pulsing bars. Like everything she creates, Certain Kind Of Magic as a whole defies genre, although there are certainly many descriptors you could use to try and convey the sound. Spaced-out, perhaps. Creepy would also work. Just don’t call it techno.”

Rezazadeh has had a prolific year so far, leading up to her sold-out REZZ Rocks show at Red Rocks, Colorado in October, followed by another sold-out headlining performance at The Shrine in L.A. this November, and of course many other tour stops sprinkled in between. Prepare for sensory overload and certainly a lot of Certain Kind of Magic in months to come.