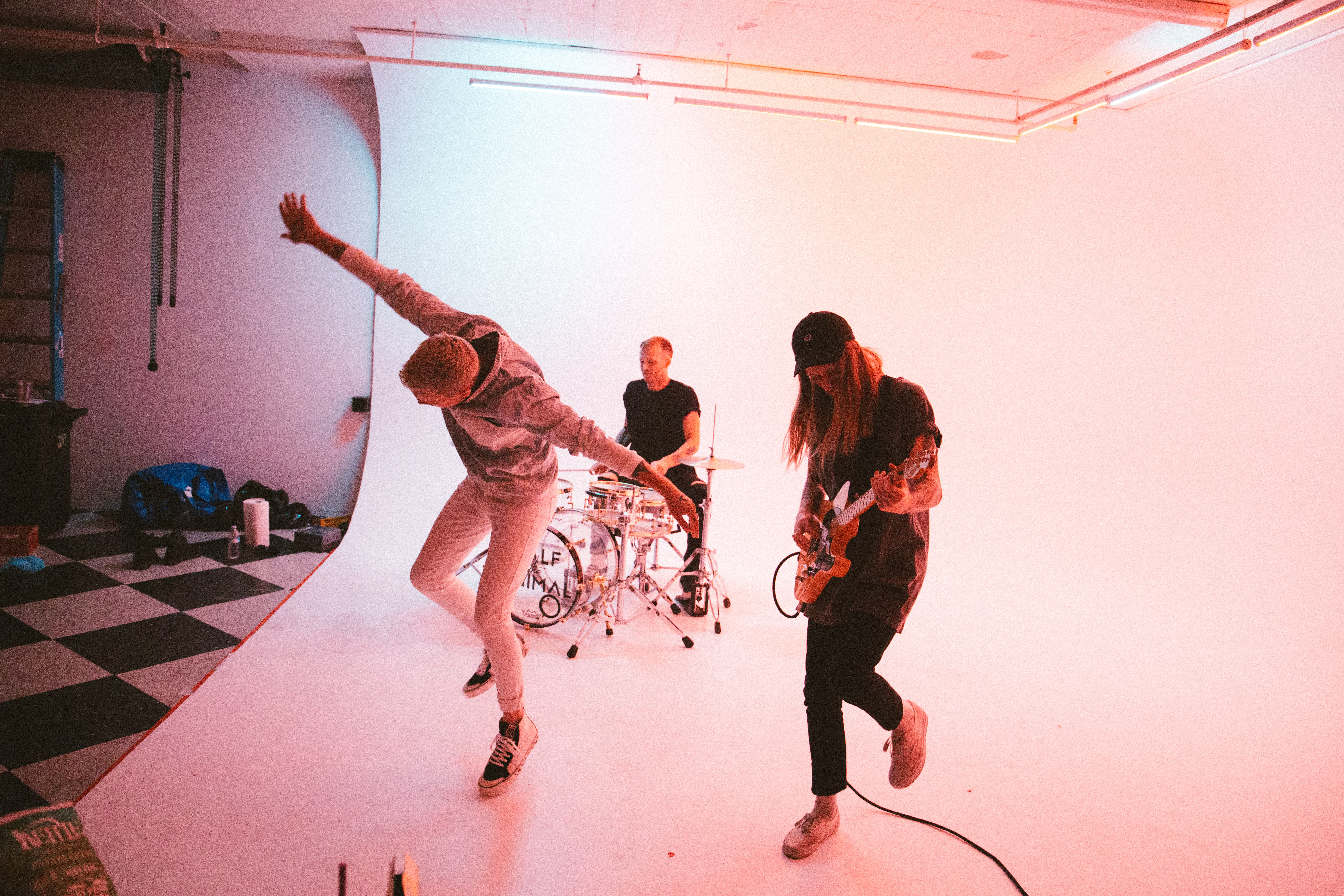 Following up their spring hit “Too Late,” California-based pop group Half The Animal are back with their second release of the year, “Magic” available today on all streaming portals (and featured on Spotify’s New Music Friday playlist). Breaking the boundaries of a traditional pop sound, Half The Animal serves up some memorable electronic undertones in this “Magic” single.

Produced and composed alongside Captain Cuts and Sam Martin, “Magic” has the potential for some serious mainstream momentum, and is sure to be an essential for your end of summer playlists.

The Nocturnal Times caught up with the band to discuss their latest music, an upcoming tour alongside Lovelytheband, and much more. Follow along with Half The Animal as they take over the Nocturnal Times Instagram all day on Friday, August 10 in celebration of the single!

The Nocturnal Times: Tell us a little bit about how you guys met and decided to make music together?

Half The Animal: Dan came into the mix later, but Nick and I originally when we were 13 years old in our hometown of Laguna Beach, in church class of all things. My mom was actually teaching, and we’d get kicked out on purpose to talk about music. It was a platonic love at first talk and first sight vibe. I was a singer and he was a drummer; I needed a drummer and he needed a singer. We had a lot of the same influences and a lot of different ones, and once we started together it all melted into one, and we haven’t stopped since!

The Nocturnal Times: What’s behind the name ‘Half The Animal’ and what does that signify for you?

Half The Animal: Well, we have two meanings – my meaning (Chase) and Nick has his meaning. For me, I feel that in the creative realm, people are sometimes too safe sometimes. I believe that you have to use your animal instincts over your human instincts, because we all have a little of that in us. And I think to do what you want to do right in the creative world is to use that animal instinct. Nick’s side is that he has a friend in New York who’s a big business hustler and he was on the phone with him one night and said, “If I’m half the animal you are, then I’ll be set for the rest of my life.” And also, of course, we let people interpret it as they like as well.

The Nocturnal Times: How do your native Southern Californian roots influence your music, if at all?

Half The Animal: I definitely think that our California roots influence our music sometimes. I think that sometimes when we go to other places though, that those spots can influence our sound too. Whether we’re in New York or traveling around the world, or anything really, it all kind of relates. I definitely hear some SoCal in us. We grew up on the beach, so that’s our deal.

The Nocturnal Times: Who/what are your major influences when it comes to creating new music?

Half The Animal: Our influences collectively all change from day to day, month-to-month, minute-to-minute, second-to-second.  Currently, we’re loving the new 1975 and loving the new Lovelytheband. We’re excited to go on tour with them.

The Nocturnal Times: You’ll be on the road with Lovelytheband touring throughout America this fall. What are you most looking forward to while on tour? What would you say is your least favorite part of touring?

Half The Animal:  We’re always excited to go on tour because we get to meet new fans, and hopefully get to make new fans, and we get to do what we love which is play music every night. It’s a big reward to write your music, then record it, and then get to go play it to audiences everywhere. Spreading your mind creatively and sharing what you’ve created musically is just so cool; and getting to travel and spread that music all around is my favorite part of being on tour. My least favorite part would be being away from my family and my woman and my dog.

The Nocturnal Times: While traditionally delivering solid pop singles, “Magic” teeters the line of electronic dance music.  Is this sound a new direction for Half The Animal?

Half The Animal:  You’ll have to wait and see! 😉

The Nocturnal Times: Describe how the single “Magic” came to life.

Half The Animal: We wrote and produced it with the Captain Cuts boys and Sam Martin. We had this concept of what’s the eternal thing that people want out of life and it’s happiness, you know? And it’s so hard to achieve. We’re calling it “Magic” and sometimes it’s dark magic and sometimes it’s light. “Magic” is our representation of finding happiness and sometimes it can be finding your first love, or finding true love, or finding pure joy and happiness in something. It’s finding that time when you’re not sad or emotional, and I know it’s a broad spectrum but that’s really what it means to us. Finding “Magic” is a universal thing. It’s kind of nice, because we want people to be open to interpretation themselves just to feel it the way that they want to. We like to think it’s the song that you listen to when you’re sad, when you’re lonely, when you’re happy; it’s kind of for every occasion.

The Nocturnal Times: “Magic” is the first single from a new project due to release in 2019. What can you tell fans about this endeavor as far as what to expect?

Half The Animal: We’ll we definitely want to release an EP, but we don’t have any album currently in the works. We just want to focus on releasing new music, and seeing what catches the most with everyone, including ourselves.