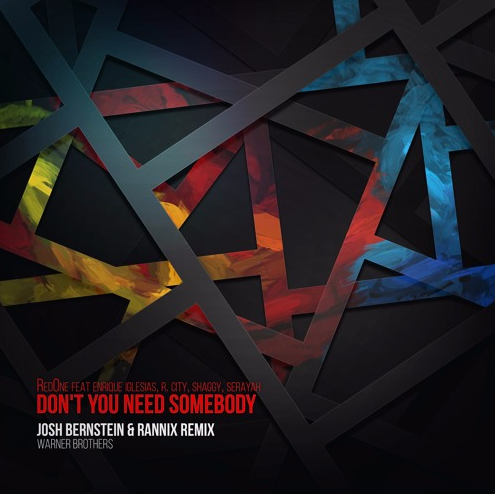 The Josh Bernstein & Rannix Remix of RedOne’s “Don’t You Need Somebody” takes the sexy swagger of the original and turns up the heat, pumping youthful energy and real production skills into a festival-ready, radio-friendly dynamo poised to take flight. It’s no wonder Pulse Magazine hailed Bernstein in its “16 People To Watch in 2016” feature; the accolade is even more impressive considering Bernstein is also coincidentally the youngest person on that list. If Bernstein continues at this trajectory, there will be no stopping him. Additionally, DJ Mag named Rannix in its “Top 10 Young Dutch Producers” list for 2016.

Said RedOne, “[This remix] is sickkkkk and genius! You can tell when someone really young is going to be doing big things in the industry. Josh Bernstein is one of those rare people who you just know is going to be a force.” Praise like that holds immense weight when spoken by RedOne, one of the music industry’s reigning kings.

TWRK Premieres “Wheels in Motion” on Beats1 with Major Lazer