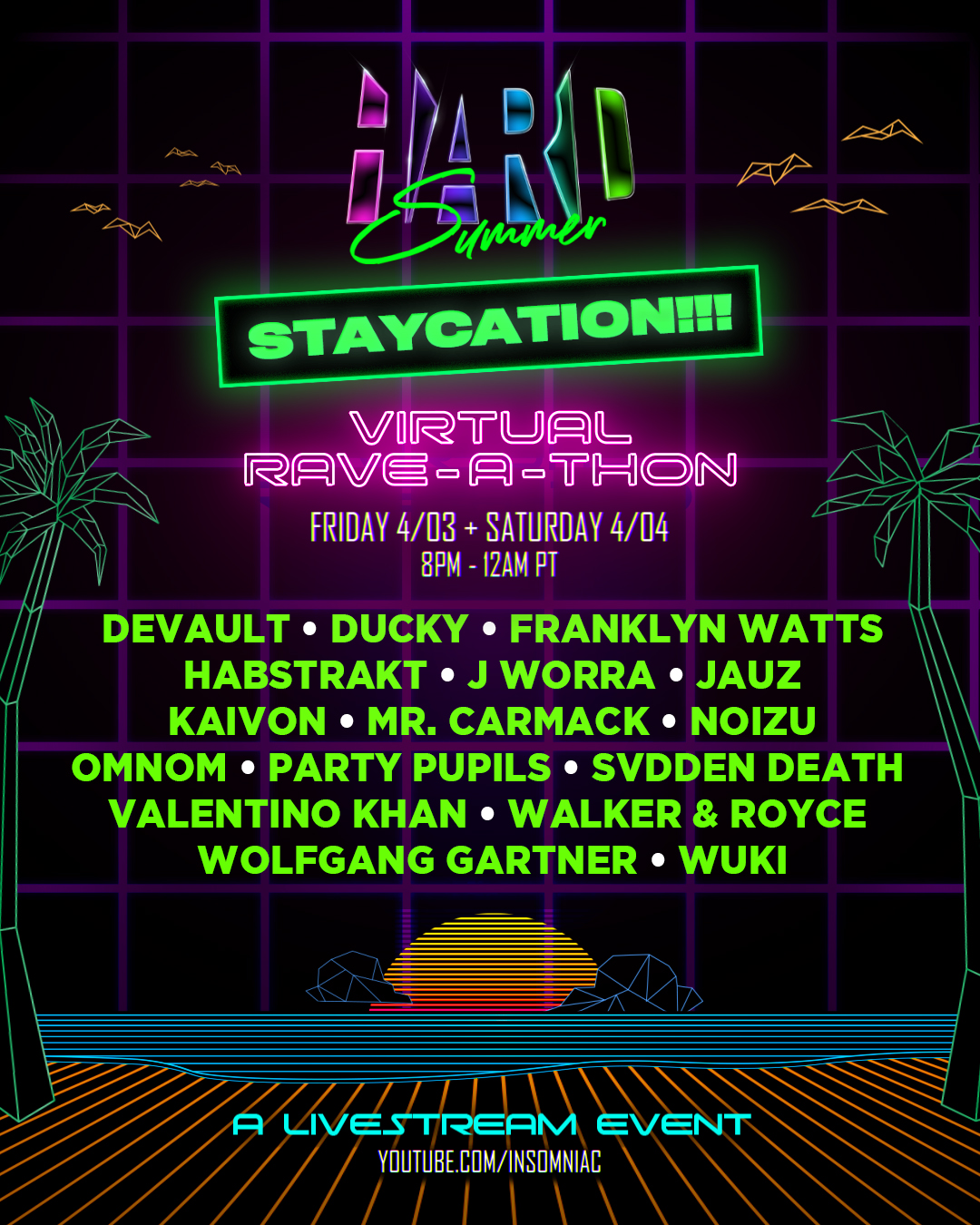 How to celebrate the world’s largest beach party

In the wake of most people battling the good fight and staying at their homes, HARD Summer announced a massive lineup for their fabulous STAYCATION; in other words, the world’s largest virtual beach party. Above all, HARD Summer wants to bring some enjoyment to those that are confined to their homes. If you don’t want to miss out on an epic event we urge you to tune in for the third Virtual Rave-A-Thon.

Tune in through Insomniac’s YouTube or Twitch channels on Friday, April 3 + Saturday, April 4, from 8PM – 12AM PST. You will be able to catch performances from some of your favorite HARD veterans. They’ll also be chatting with Insomniac headchief Pasquale Rotella. For instance, viewers will get some insights on artists’ quarantine life and hear them spin exclusive sets for you to enjoy right at home.

HARD has built its legacy by predicting the future-tastes of the ever-evolving dance scene. In other words it now has become a barometer for who and what’s next in contemporary music.

STAYCATION follows the success of Insomniac’s previous weekend streams, Countdown Rave-A-Thon and Beyond Wonderland Rave-A-Thon, both of which brought the rave into the comfort of your living rooms.