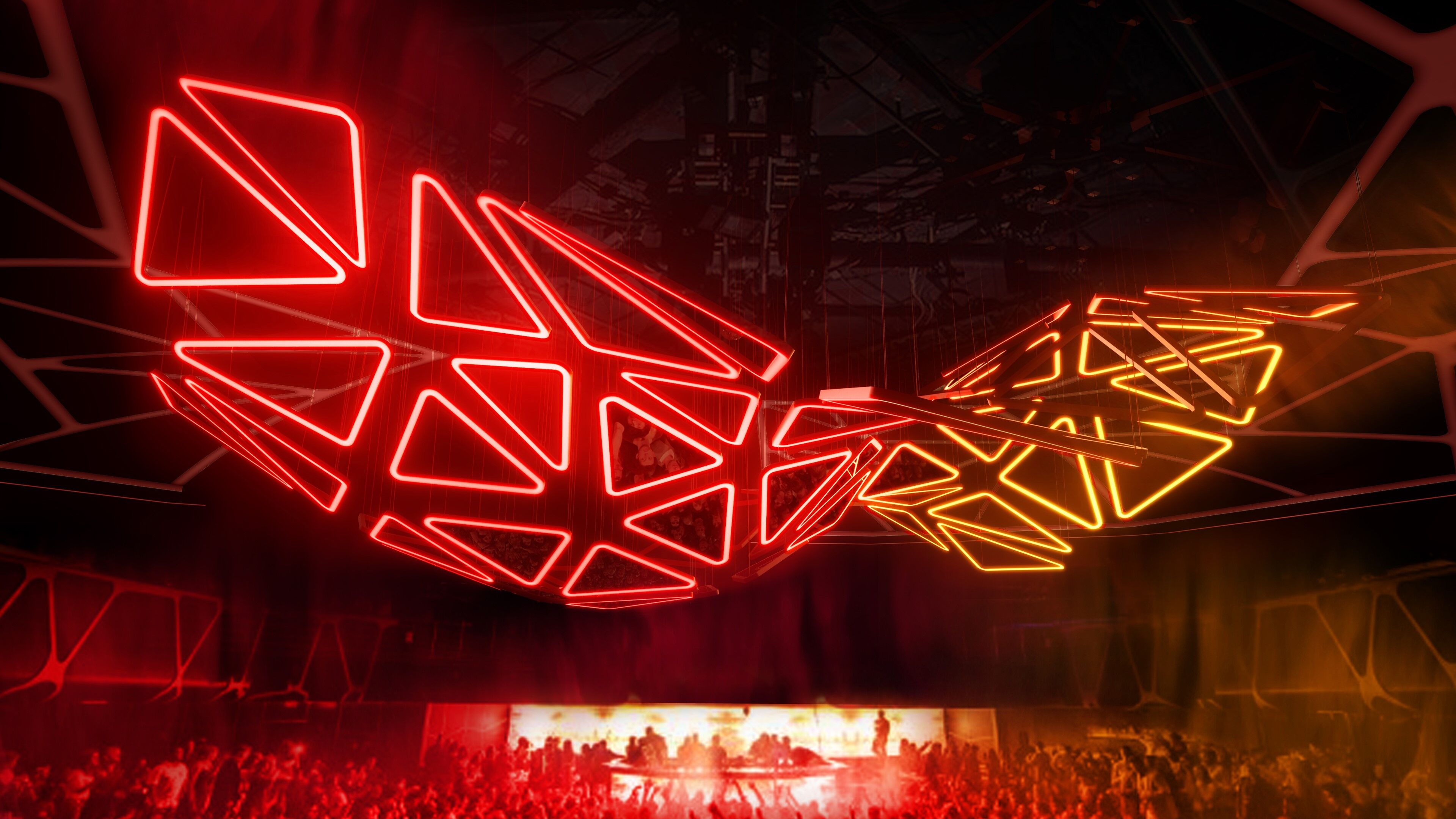 With the nightlife industry growing exponentially over the past couple of years, the importance of revolutionary design and state of the art technology has also evidently followed. Many prominent nightclub brands and venues exist throughout some of our world’s most extraordinary cities, but none come close to those owned by global hospitality leader Hakkasan Group.

Known for always providing the most memorable experiences for attendees at its top-notch venues, Hakkasan Group has outdone themselves yet again with their most cutting-edge advancement to date. The astounding and immersive Hakkasan Grid design debuted at the renowned Hakkasan Nightclub at MGM Grand Hotel & Casino in Las Vegas. Watch below for the incredible debut video of the new design, beautifully capturing the dizzying patterns and glorified ambiance that is now unleashed inside the prestigious club’s walls, just begging for your company.

Unlike any other nightlife venue in the world, this extraordinary multi-million dollar installment features a custom built kinetic light installation that will take club attendees straight into a new and unexplored realm of clubbing and entertainment.

The Hakkasan Grid saw first light during the recent EDC week, the most perfect time to unveil such a captivating concept to the Las Vegas nightlife scene. As if the Hakkasan Nightclub design wasn’t already jaw-dropping enough, the fresh grid design undoubtedly enhances the venue’s overall modernized aesthetic even more and will revamp future live show experiences entirely. With a number of other prodigious nightclubs throughout the city’s most popular areas, the competition is constantly at an all-time high. Luckily, the masterminds behind the Hakkasan Group have significantly invested in their newest invention, and it’s surely on track to completely outdo anything we’ve ever seen before.

This grand Hakkasan innovation consists of the largest permanent kinetic light installation in the country and is made from the latest 3D-printing technology to date. An architectural masterpiece, the structure can miraculously transform its centerpiece along with the club’s musical landscape into infinite shapes and colors right above the main dance floor. Not to mention that its custom software control allows for synchronicity with any live music taking place, easily transforming itself along with the energy and vibrations taking place throughout the venue’s ambiance. Talk about revolutionizing the concept of luxury!

From its thrilling EDC week debut and on, the Hakkasan Grid will be entirely integrated into the prodigious nightclub’s upcoming 2019 Las Vegas residency during nightly performances featuring the hottest names in music such as Tiësto, Zedd, Steve Aoki, and many more. This one-of-a-kind creation showcases exactly why Hakkasan Group is such a leading entertainment lifestyle brand, always consistent and constantly setting high standards for the world of entertainment. With its state of the art design and superb technology advances, the nightlife industry isn’t ready for everything the Hakkasan Grid is set to embark us all on down the road!

Related Topics:hakkasan group
Up Next