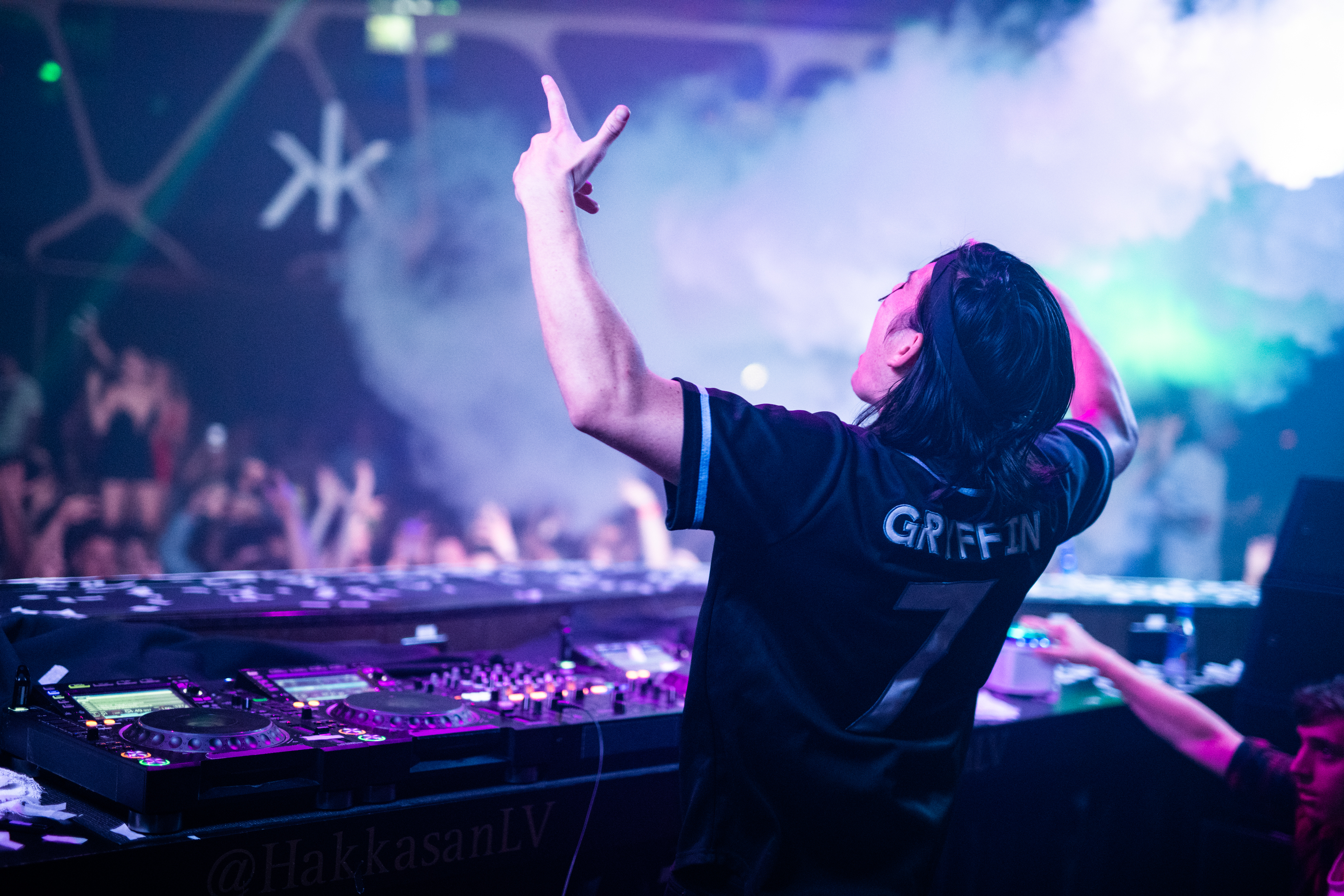 Gryffin, born Dan Griffith is one of dance music’s hottest acts. Not only is Gryffin buzzworthy, he’s a multi-talented producer, DJ, and musician. The Nocturnal Times recently caught up with the electronic crossover sensation to discuss his exploration of dance music, Las Vegas residency, the most difficult production he’s created, and the legacy he hopes to leave behind.

Celebrating another career milestone this past weekend (and the upcoming), Gryffin delivered a chilling performance from the notorious Coachella in Indio, California. In addition to the thousands in attendance, hundreds of thousands tuned into the live broadcast on YouTube over the course of the weekend. This coming weekend, Gryffin returns to the Sahara tent for his week-two Coachella performance, which is sure to encompass some surprises.

Gryffin recently took his career to new heights after appearing on Jimmy Kimmel Live to perform “Tie Me Down” with Elley Duhé. Since the big single release, Gryffin has joined forces with Zohara for “Remember,” and “Bye Bye” feat. Ivy Adara. This year, Gryffin and Slander teamed up for the release of “All You Need To Know” feat Calle Lehmann.

What’s coming up for one of electronic music’s biggest acts? Fans can catch Gryffin at Lollapalooza 2019 in Chicago this August. Gryffin is also really looking forward to his Las Vegas residency with Hakkasan Group and having the opportunity to DJ at leading Sin City venues like Hakkasan Nightclub and OMNIA Nightclub.

The Nocturnal Times: How and when did you begin exploring electronic music? Which came first for you: producing or DJing?

Gryffin: I started exploring electronic music back in college when I first started hearing about DJs like Avicii, Skrillex, and deadmau5. Since I had played music all my life, I was immediately intrigued as to how they produced their records and downloaded Ableton. So in essence, producing came first and then I built my live show and started DJing.

The Nocturnal Times: Did your upbringing influence your decision to pursue a career in music? Are you classically trained and which instruments can you play?

Gryffin: Definitely. I’ve played piano since I was young and then picked up guitar when I was a teenager. I am classically trained at piano and also play guitar. Sometimes I dabble with the triangle as well (kidding).

The Nocturnal Times: Who were some of your biggest musical influences growing up? Who are some acts that inspire you the most at this point in your journey?

Gryffin: I would say my favorite band growing up was Sublime, and they were one of the reasons I started playing guitar. Some acts that most inspired me at this point are definitely producers like Calvin Harris and Avicii, who are very melodic with their music and can cross over into a wide variety of genres yet still keep their music in the dance world. I’m also very inspired by ODESZA as their live show is really second to none and blends both their artistic vision and musicianship into an electronic music show.

The Nocturnal Times: As a resident of Hakkasan Group (Hakkasan and OMNIA) what are some things you look forward to most about playing in these renowned venues?

Gryffin: The energy of Vegas is really incomparable. Hakkasan and OMNIA Nightclub are both amazing venues with awesome production and the fans that show up always make sure it’s a great time.

Gryffin: My favorite thing to do in Vegas is either go out for a nice dinner or go to a show with my wife and friends. My least favorite things about Vegas is probably the heat of the desert.

Gryffin: Only pre-show ritual is to show up right before I go on. I like to just get right into the set and then have a great time from then on out. No real superstitions other than wearing my white Gryffin Katakana jersey.

The Nocturnal Times: Which of your releases would you say was the most challenging to create and which took the longest to create? Did any of them almost not see the light of day?

Gryffin: The most challenging release was without a doubt “Tie Me Down.” It only took me about a day or two to actually produce it, but it took us nearly two years to find the right vocalist, but we found it with Elley and I’m super proud of how it came out.

Gryffin: In 20 years, when somebody hears the name Gryffin, they will think of an artist they felt emotionally connected and inspired by, and that the music uplifted them in their life at the time.