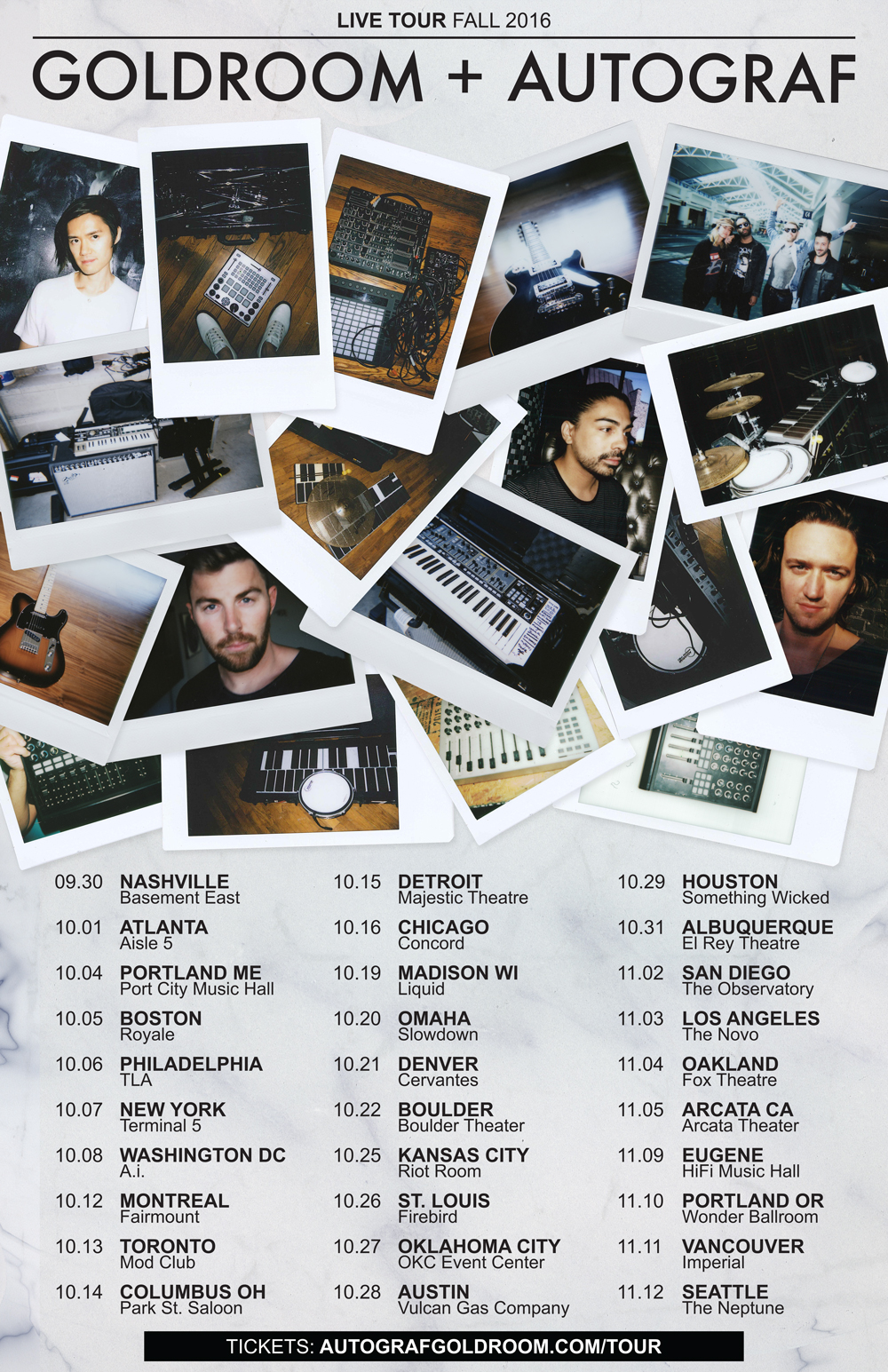 A tag-team duo of veteran live performer and new kids on the block, Goldroom and Autograf, will be taking their talents to the stage with this latest announcement. Their all live tour will start off late September on the 30th in Music City USA, Nashville, Tennessee. The tour will work itself up into the Northeast before hitting our Canadian friends in Toronto and Montreal. To conclude the extensive tour, Goldroom and Autograf will be wrapping it up in the great Northwest with shows in Portland, Vancouver, and Seattle. For those of you fortunate enough to catch Autograf and their quick rise to fame in the past couple years, their live sets are both moving and perfectly orchestrated. It’s one thing to catch the Chicago trio and their Future Soup goodness behind the decks and get to enjoy their productions at an event, to see them perform it live with the piano and vibraphone included takes it to another level.

Following their breakout EP Future Soup, Autograf recently released a slew of Future Soup remixes including the Nocturnalist 066 selection, “Future Soup” (Option4 Remix). Alongside the great tour news, Autograf released a completely new and original production with “Don’t Worry.” The track is a perfect embodiment of everything cool with a touch of soul, that Autograf has nearly perfected in its still budding musical career. Both Goldroom and Autograf are excited to work with one another, showing respect and admiration for the originality in each others production and performances. The Goldroom and Autograf tour should be a learning experience for both headline acts involved, and an exciting chance for people around the country to see a live show like no other.

For more information on the upcoming Goldroom and Autograf tour, go to the website HERE.