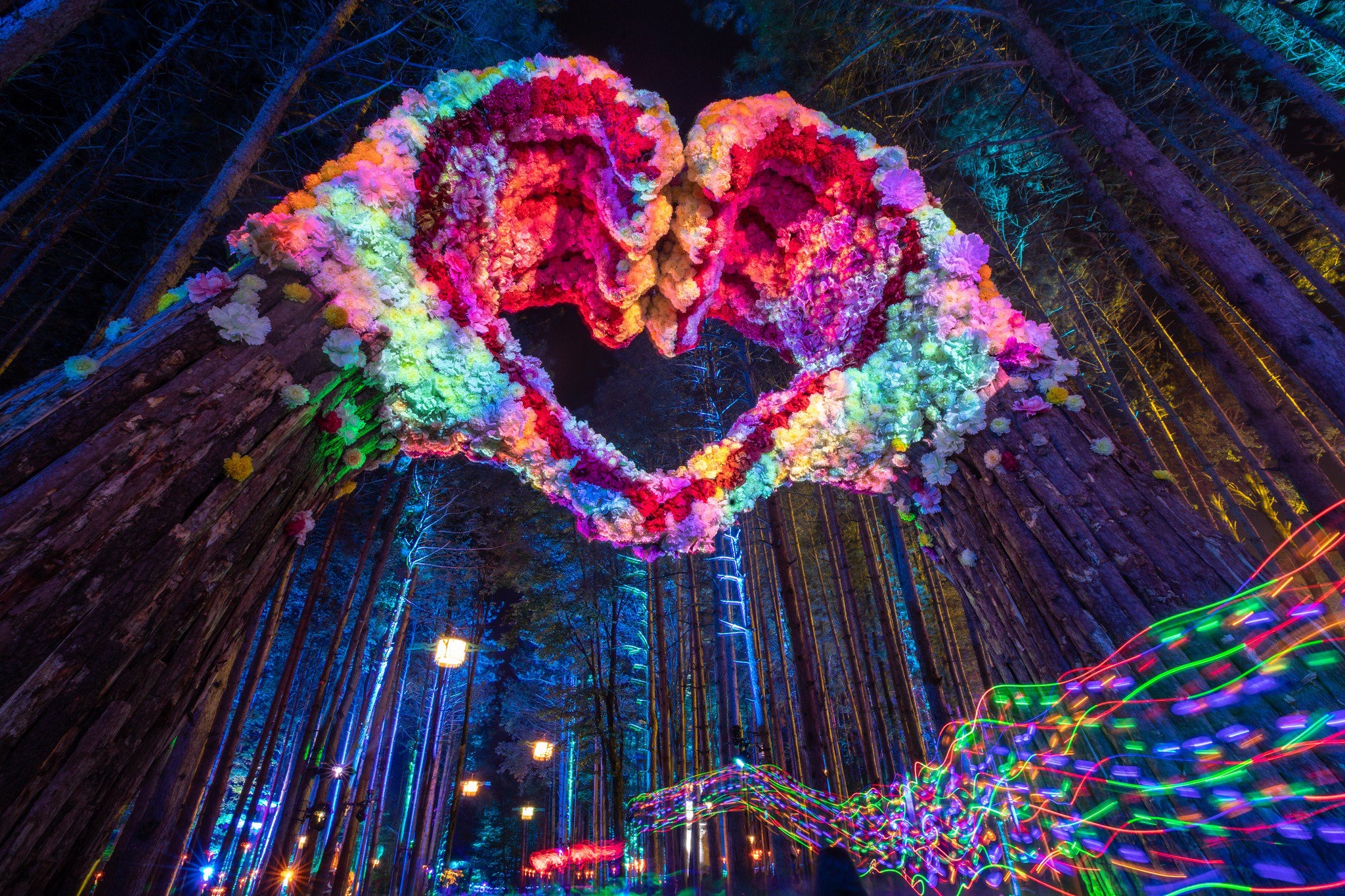 Over the past nine years, festival lovers nationwide have been looking forward to the month of June simply because it’s when Electric Forest finally takes place. Since its upbringing, Electric Forest has acted as one of the most beautiful and eclectic sanctuaries for music lovers to indulge in. It’s a place unlike any other, a place that everyone must experience at least once to understand what the hype is truly all about.

The festival’s last few installments have taken place over two separate weekends due to its high-volume of attendees year after year. This time around, it was downsized to just a single weekend spectacular, which turned out to be one of its most magical chapters yet. Deciding to produce the festival for one weekend only was a bit controversial at first, as frequent attendees were worried that the festival grounds would be too congested and tickets would sell out ASAP (which they did.) However, Electric Forest did not fail us as it never does, and it was surely a four-day venture to cherish forever.

The overall vibe at Electric Forest is incomparable to any other, and it’s a vibe that sticks with you even after the festival is over. From the moment you set foot on the festival grounds, you somehow feel like you’re at home again. Whether you’re a first-timer or a forest expert, you certainly feel like you belong, like you’re a part of something. The forest brings about a sense of enlightenment and self-discovery. It’s the only place in the world that truly intertwines the power of music, art, and spiritual wellness all into one.

Throughout four consecutive days and nights, the forest is constantly vibrating at an all-time high with some of the most incredible live sounds. Artists from a plethora of different music genres come together to put on performances of a lifetime throughout the forest, and every set that we encountered was absolutely striking. Whether at the larger stages such as Tripolee and Ranch Arena or at the smaller, more secluded ones like The Observatory and Jubilee, each artist playing has a story to tell. From three in the afternoon to six in the morning the following day, the sounds never stop. No matter where in the forest you may wander, the music seems to always speak volumes.

While every set that we stumbled upon was incredible, there were a few that stood out in particular. Said The Sky played one of the most beautiful sunset sets we’ve ever witnessed, having everyone already fall in love with the beauty of the forest on day one. That same night, Odesza completely blew the crowd away at Ranch Arena with their soul-stirring sounds and their uplifting energy blended in harmoniously with the forests’ serene nature. On Friday, Robotaki set the live stage vibes at Sherwood Court just right with his upbeat and melodic tunes and MEMBA took us all by surprise at The Grand Artique. During prime sundown hours, Gorgon City performed one of their breathtaking live sets on the same stage, and it was the most serene way to kickstart the night. Later that same night as we frolicked through the forest, we stumbled upon another Gorgon City set at The Observatory, except this time it was a stimulating DJ house set that had the crowd going absolutely wild.

Saturday consisted of the festival’s most diverse daily lineup yet, ranging from artists like Minnesota, T-Pain, Dr. Fresch, The String Cheese Incident, Tokimonsta, Ganja White Night, Alison Wonderland and many others. Dirtybird curator Claude VonStroke had all of Sherwood Court killing it on the dancefloor as he showcased his unparalleled tech-house sounds for over an hour and as always, Bassnectar left his fans without words once his immersive set came to an end. That same night, Louis The Child played a surprise secret set at Carousel Club at around 1:30 AM, and foresters went insane once it was officially announced on the schedule! It was so unexpected and everything we could’ve asked for that night.

The last and final day kicked off with a stunning PRIDE parade throughout the forest and Main Street, where attendees and performers alike united to appreciate the concept of freedom and self-expression. The first surprise set of the day turned out to be a back to back performance by Seven Lions and Dimibo at The Observatory, and it was too incredible to even put into words. Sacha Robotti ignited Tripolee with those tech-house sounds everyone can easily dance to, while Born Dirty crushed the Ranch Arena with his unique mixing style and top-notch energy levels.

The night continued on with Zeds Dead’s return to the forest after five years, and let’s just say that they gave it their absolute all and threw down. One of their most memorable sets to date, they incorporated oldies like “Eyes on Fire” and “You Know” with Oliver Heldens, as well as some new tunes like their remix of Billie Eilish’s “Bury a Friend” and “Rescue” with Dion Timmer. What a show. Seven Lions closed out the festival at Tripolee in the most magical way, truly mixing it up on stage and bringing every single one of his sound elements out to play. We definitely felt even more in touch with our emotions throughout its entirety. After a couple of years away from the forest, he could not have been any more perfect to conclude this year’s production.

Everything from the music, the people, the vibes, and the pure essence of being surrounded by nature sets Electric Forest apart from the rest of the music festivals out there. Unless you’ve experienced it for yourself, it’s hard to even put into words what being a part of the forest family is truly like. It’s incredible how many strangers you come across throughout the weekend that feel like you’ve known forever, and how fascinating it is to simply submerge into four days and nights of some pretty exquisite live music. A place like no other, Electric Forest is one of those festivals we’ll be returning to year after year. With its 10th year anniversary approaching in 2020, we can’t wait to see everything it has in store next time around!