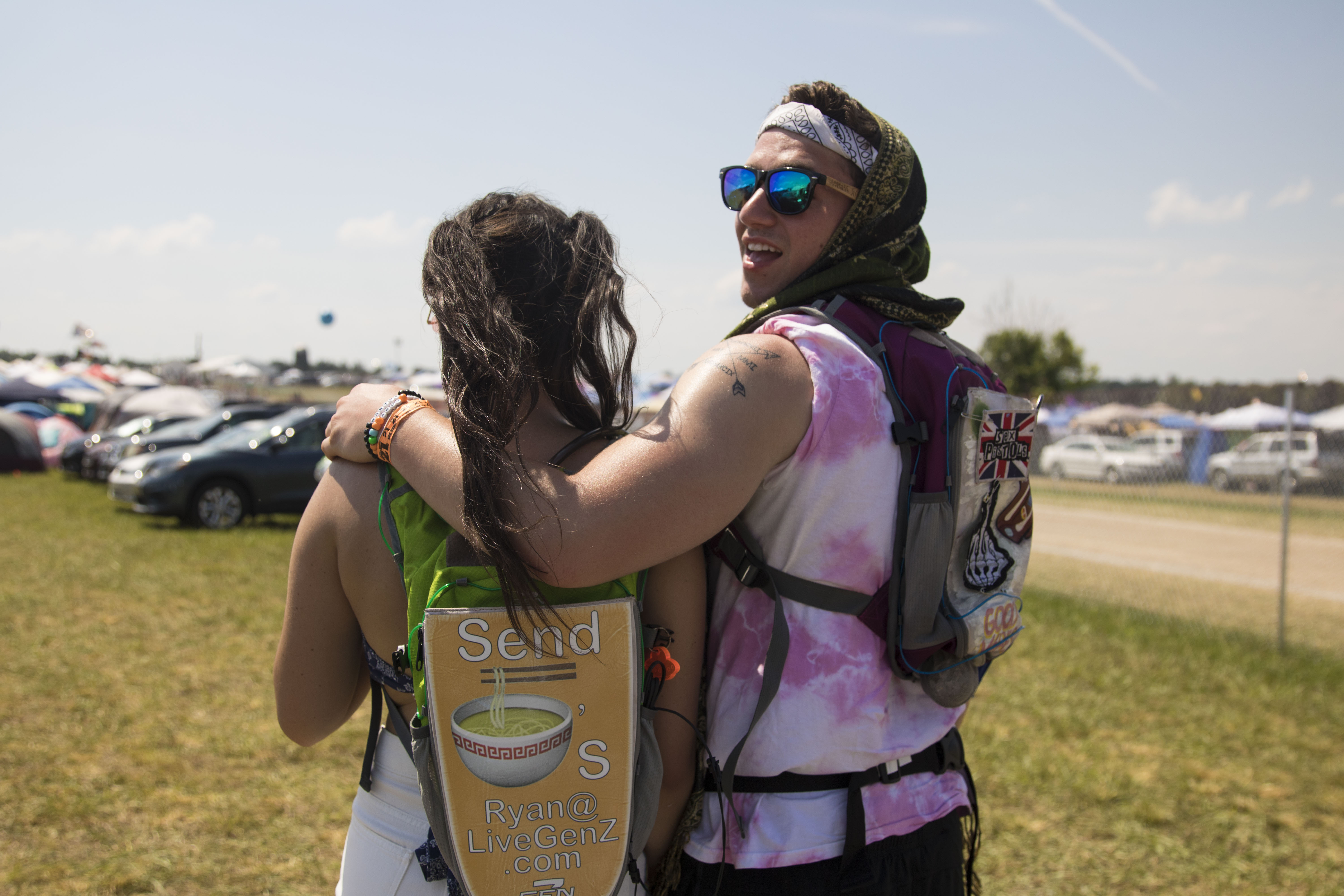 In 2017, a man was detained at Coachella Music Festival for suspicion of theft. The authorities had found over 100 cell phones in his possession, some reports claim the number of phones was as high as 130.

Festivals are becoming a common place for theft. People are distracted, inebriated, etc. Making attendees easy targets. Pair this with the price of cell phones rising well above $1,000 and traditional bags with pockets on the exterior being relatively easy to steal from and you have a combination that is almost ideal for a thief.

At Ultra Music Festival, GenZ founder Ryan Lange experienced festival theft. So did another member of his 7-person group – and both had cellphones stolen. Both were carrying standard hydration packs to hold their valuables. Neither knew the thief had made off with cell phones until serval minutes after —  meaning he had disappeared into a sea of people without leaving a trace.

Being phoneless and hearing of several other people experiencing a similar fate, Ryan decided to tackle the issue. Taking design cues from the hydration packs he wears for ultra-running, Lange is the youngest person to run 200 consecutive miles, and modern technologies he set out to offer a solution for a growing problem. A problem that is being featured in national news after nearly every festival.

The RaveRunner hydration pack is being touted as the best festival hydration backpack for its anti-theft features. What goes into making an anti-theft hydration backpack? The slash proof nylon gives the pack extreme durability and means that thieves can not slash the pack open, grab your valuables and run away. They also placed the zippers on the back panel meaning that the primary storage compartment can only be accessed if you take off the backpack. For things that you need quick access to, there are pockets on the straps for a phone, cards/cash, Chapstick, etc.

Some of the more fun features include custom printed skins. There are photos on the GenZ’s Instagram (@genzoutdoor) showing custom designs ranging form people’s pets to their favorite artists & memes. Further playing up its festival appeal is that it features loops for LED wire to help illuminate the pack. There is also a sound reactive disco ball attachment that illuminates your feet, Lange says this is an “instant friend magnet.”