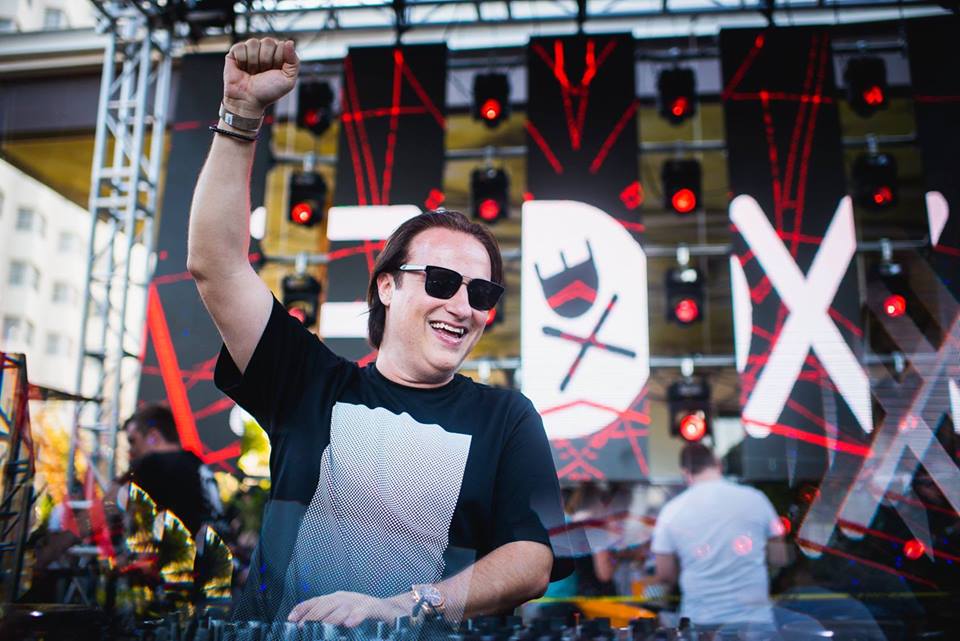 EDX has had an exciting time so far making 2019 another monumental year of his career. He was not only a GRAMMY-nominee for ‘Best Remixed Recording’ of Charlie Puth’s “How Long,” but also his latest hit “Who Cares” topped charts worldwide. Now, Switzerland’s top-streamed artist ever has released his new single, “Off The Grid” with Australian singer-songwriter, Amba Shepherd out now on Spinnin’ Deep.

This duo’s fantastic debut is a summer anthem that combines EDX’s characteristic sound and Amba’s bright vocals. “Off The Grid” is everything one could want in collaboration from these two talented artists. Both have achieved tremendous milestones in their careers, so it only makes sense that the two would fuse their unique sounds together.

EDX has spent more than twenty-five years producing all sorts of hits for the electronic music scene, cementing his status now as a dance music veteran. His talents have reached far beyond just music as he is the founder of the internationally renowned record company, Sirup Music, which has released hits from the likes of Avicii, Armin van Buuren, Steve Angello, Tiësto and more.

Amba Shepherd has had her vocals in a numerous amount of tracks that have been heard at every main stage across the world’s largest music festivals. She has collaborated with Porter Robinson, Hardwell, Tiësto, Afrojack, Paul Oakenfold, Nervo, Ferry Corsten, Moguai, Shermanology, Dyro, Starkillers, Deniz Koyu, Laidback Luke, Benny Benassi, and many more. With that in mind, she has also had releases on a huge amount of major dance labels such as Spinnin’, Revealed, Ultra, Protocol, Island Records, EMI, Sony, Musical Freedom, Armada, Strictly Rhythm, Defected, OWSLA, Rising Music, Ministry Of Sound, and Vandit.

“I’m so excited to be finally sharing my new single with you guys! Working with Amba was a great experience as she’s got such an incredible voice and is an amazing songwriter. I actually produced a lot of club tracks and remixes in 2018, so I’m really happy to be able to release another original vocal single. It’s been getting great reactions already on the dancefloor and I’m super happy with the finished product. I hope you guys like it as much as I do!”  – EDX

To continue the excitement, this release comes in the middle of EDX’s 2019 tour of North America and Mexico. He kicked it off with a massive headline show at LAVO NYC on April 19th, and is following with a dozen headline shows across North America and Mexico over the course of April and May. EDX will finish the tour with a huge finale at Ravine in Atlanta, GA on June 1st. Check out remaining dates below!