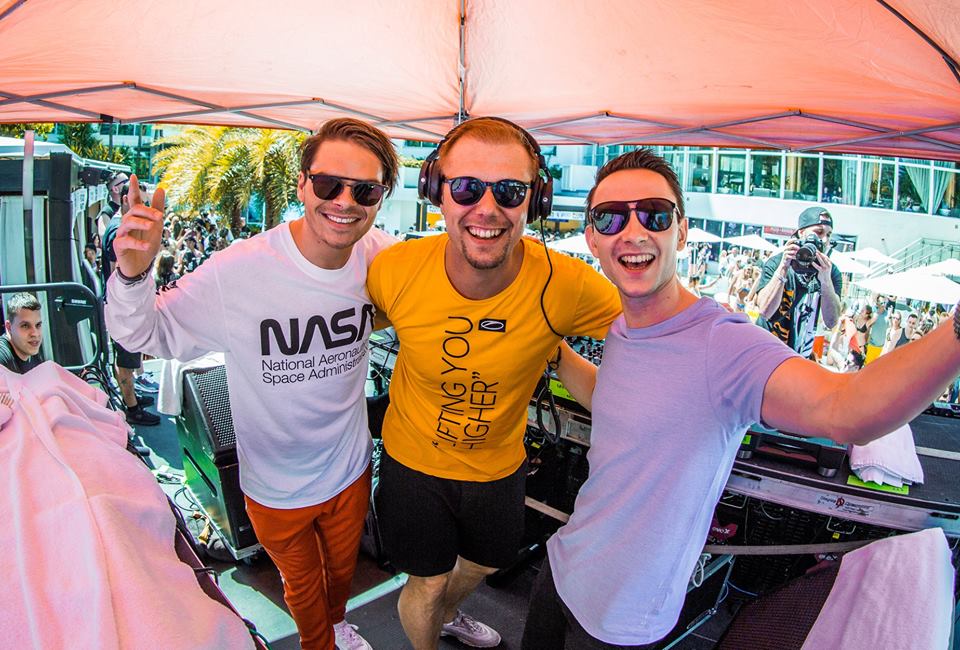 For those in attendance at Ultra Miami, crowds were insanely delighted to witness the champion performance by Armin van Buuren and Lucas & Steve who took over Mainstage with their new collaboration record “Don’t Give Up On Me” featuring Josh Cumbee on vocals. The original is now followed by two fire remixes, both a “Club” and “Trance” mix…grab your favorite and hold on tight as clubs and festivals won’t be able to get enough of these all year long.

Out now via Armada Music, Lucas & Steve and Armin are representing even more of the Dutch powerhouse sound that comes from when such artists team up. Each brought their full energy and fresh savviness to the table for the track, and the end result is a thrilling joy to fans worldwide. Lucas & Steve have cemented their presence in electronic music by a landslide with their slew of global tour stops and impressive discography. 2019 has already seen the release of three singles by the duo, two being their smash hits “Lunar” and “Say Something.” It’s safe to say this is just the beginning for new tunes by the pair this year.

“I had so much fun working with these guys. I knew Josh from his amazing work on ‘Sunny Days’ and had always wanted to produce a record together with Lucas & Steve, simply because these guys are extremely talented. I had a blast and I think the quality of the record shows it, as these guys really worked their magic. I’m super happy with the result.” – Armin van Buuren

“Don’t Give Up On Me” is a heartfelt combination of Lucas & Steve’s classic bliss, Armin’s grandiose creativity, and Josh Cumbee’s ever-emotive voice to top off the song with an extra kick of finesse. The lively instrumentals in this track fuse together seamlessly with its overarching uplifting melody, all whilst building up into a radiant drop that is a surefire hit to any dancefloor. Fans recognize Josh Cumbee and Armin’s name together from their prior anthem “Sunny Days” and now the two have returned for another major crowd pleaser.