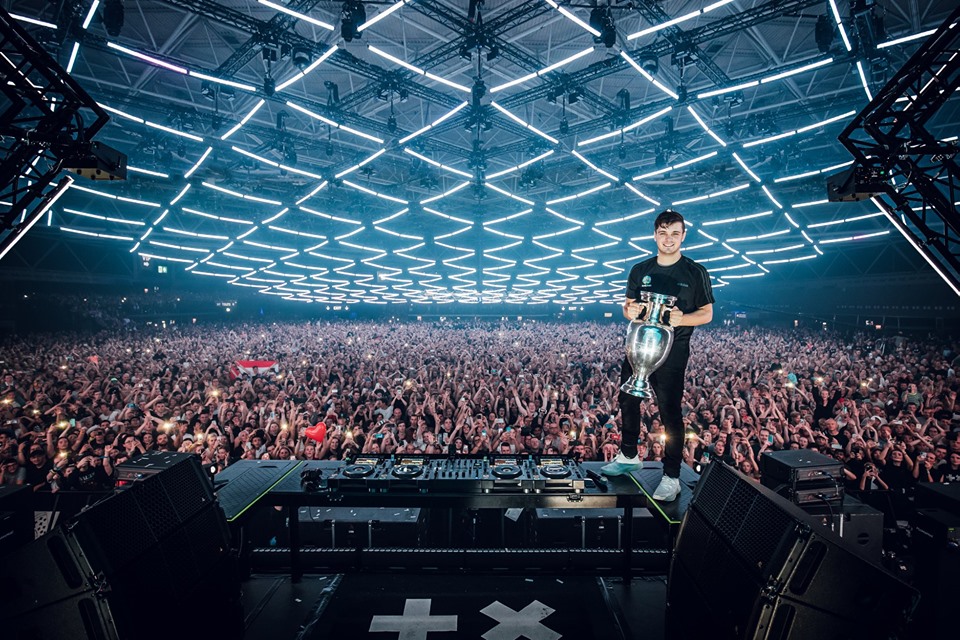 If there is one artist who holds dearest to most hearts during the industry’s treasured Amsterdam Dance Event, it is beyond a shadow of a doubt the Dutch maestro himself, Martin Garrix. The 24th edition of ADE wrapped up with record-breaking numbers as over 400,000 visitors from over 100 countries poured into the soul of electronic music for a week of pure heaven.

Lacing himself through every ounce of the extravaganza, Garrix hosted his two annual ADE showcases at the renowned RAI, each night blowing expectations out of the water. Additionally, Garrix made an appearance at his very own STMPD RCRDS label night mixer at the city’s beautiful Art’otel. Thursday night was an intimate evening of industry members, STMPD RCRDS artists, and a select number of fans. Just as it seemed as though the mixer was winding down, Garrix showed up and pinned a surreal end to the evening in the luxurious lobby of the Art’otel.

Letting his fellow DJs and producers take control over the booth while jumping in every now and then, Garrix’s low key vibe gave the atmosphere a touch of something quite special. Considering he spends an incredible amount of every year touring whilst playing the absolute biggest festivals and crowds in the entire world, being able to experience a rare night with him and his jewel STMPD family is just the sort of thing that makes ADE the standout event of the year.

When Friday and Saturday nights hit, it was as if the city of Amsterdam itself was shaking in its roots in excitement for Garrix’s RAI throwdowns. The surprises were rolling all weekend long, from new IDs in his sets, to fans losing themselves on the dance floor to his catalogue of timeless records, and to surprise guests by icons David Guetta and Tiësto. The energy at the RAI was something truly difficult to put into words, however, his remarkable performances were comprised of extraordinary audiovisual aspects including state-of-the-art laser and light production, coupled with roaring crowds like you wouldn’t believe. There is an indescribable feeling that comes over the air when Garrix plays some of his original tracks like “High On Life,” “Forever,” “Mistaken,” and “Virus” and these were 10/10 highlights at the RAI. Closing out with his ever-classic number “Gold Skies,” the crowd left walking away on cloud 9.

Capping off Garrix’s sensational ADE was something seemingly out of a storybook. The 23-year-old announced to the world that he was chosen for the anthem for the world’s prestigious Euro 2020. Expressing his gratitude and excitement to show his adoring fanbase and essentially the entire globe his soundtrack for Euro 2020, this is yet another milestone marker for Garrix to wrap into his opulent repertoire of everlasting achievements.