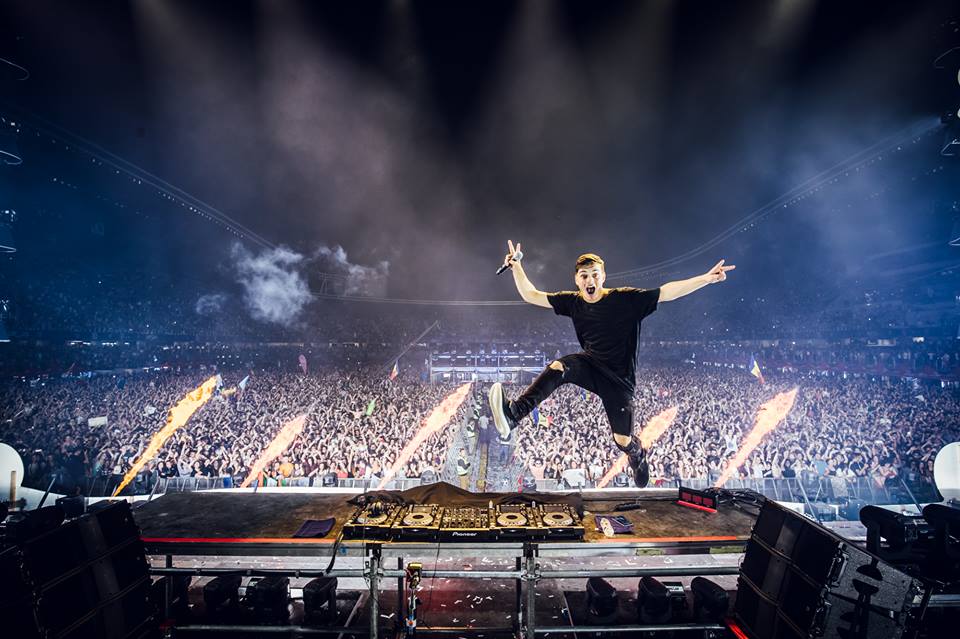 Surrounding the world with inspiration in everything across the electronic spectrum from producing legendary dance music anthems, to headlining more of the world’s most renowned festivals than anyone can count, to exceptional collaboration pieces with top R&B, pop, and fellow electronic artists, to owning a record label, to winning #1 DJ in the world by the DJ Mag Top 100 for three consecutive years, music icon Martin Garrix showcases one of the most sensational whirlwind journeys imaginable.

It seems as if “Animals” was just yesterday, but since this world-sweeping release in 2013, Garrix has gone above and beyond in the realm of gracing the scene’s airwaves with not only songs that will go down in history, but a presence and essence that will leave an imprint in the music industry far past just its electronic sphere. For the millions of people who have experienced a live set with Garrix across the dozens and dozens of countries he ventures to, words can hardly explain the feeling of pure joy, gratitude, and illumination that comes over the entire atmosphere.

Throwing it back to Garrix’s earlier 2014 string of bangers like “Proxy,” “Helicopter,” “Wizard,” “Turn Up The Speakers,” “Virus,” and “Gold Skies,” he had already racked up tracks that to this day remain in fellow artist’s performance circuits time after time. 2015 became Garrix’s first grandiose year for enormous collaboration records with Usher and Tiësto for “Don’t Look Down” and “The Only Way Is Up” which sent the world into a frenzy of musical excitement. Garrix powered through 2016 with “Together,” “In The Name Of Love,” and “Lions In The Wild” (just to name three) that the world simply cannot ever get enough of. And lest we forget about 2018 and 2019 which are home to “High On Life,” “No Sleep,” and “Mistakes,” which will forever exist as life anthems and festival wonders.

Garrix’s warehouse of a discography is one of the most quality ones out there, and it is the essential radiant fuel behind each and every one of his high powered and irresistible live performances he throws down. In an industry where artists are constantly finding balance between producing music and touring, Garrix stands strong atop the pyramid of successfully wowing the globe at both.

Rewinding to last month’s Ultra Miami extravaganza, Garrix held down Saturday night’s closing set with another unforgettable set. Sunday was a delightful surprise as Garrix’s record label STMPD RCRDS hosted its own stage, with a surprise set by Garrix alongside tons of other STMPD artists like Justin Mylo, DubVision, CMC$, and Matisse & Sadko among others. Today, Garrix also announced his newest mastermind team up with Macklemore and Patrick Stump of Fall Out Boy for “Summer Days” out this Thursday.

2019 is just getting started for Garrix – read on in our interview below for a glimpse into his Ultra Miami and tons more music festivities to come!

The Nocturnal Times: You had an incredible weekend at Ultra Music Festival! Tell us about your Saturday night closing set?

Martin: It was amazing. We had all these crazy, new show elements and the crowd was so energetic. Ultra Miami will always be a special one to play.

The Nocturnal Times: Ultra Miami is known for kicking off the year as far as new music & live sets go, what new music is in the works for you this year?

The Nocturnal Times: “No Sleep” is a recent follow up with Bonn after “High On Life.” What is it about Bonn & his style that pairs well with your sound? What about him do you connect with?

Martin: Musically, I really like how Bonn’s voice fits to the music I make. His voice, and lyrics, really gives an extra uplifting dimension to it. Personally speaking, I just really connect with him. For me it’s super important that I connect with an artist, otherwise the music won’t be good either.

The Nocturnal Times: Walk us through one of your most memorable productions – what was it and why was it so special?

Martin: I have had so many special productions to be honest. Of course “Animals” will always be special to me. But also working in the studio with Usher was a moment where I had to pinch myself.

The Nocturnal Times: Share a few 2019 plans for your music label STMPD RCRDS?

Martin: We’ve got a lot in store for this year! Lots and lots of new music from established and upcoming artists. You’ll also be able to catch us at quite some festivals this year with stages. We just had a stage at Ultra as well!

The Nocturnal Times: We’re seeing more and more DJs perform sets with bands & live instruments, would you like to or have you ever thought about bringing more live bands on stage to tour with?

Martin: Who knows! At the moment we are still fully focusing on the production, but we might in the future.

The Nocturnal Times: Every year fans look forward to seeing you all over the world at major music festivals. Do you have any favorite festivals to play?

Martin: I don’t have any favorites. There are so many great festivals out there and I’m thankful for every one I get to play.

The Nocturnal Times: In 50 years when you look back, do you think there’s one song you’ll remember loving to play the most?

Martin: That’s a hard question. Every song has a different memory, all being special for their own reasons. Of course there are highlights, but truly, the love for music makes it hard to just pick one.

The Nocturnal Times: What is your favorite pizza restaurant in Amsterdam??

Martin: Fiko! Their pizzas are the best.