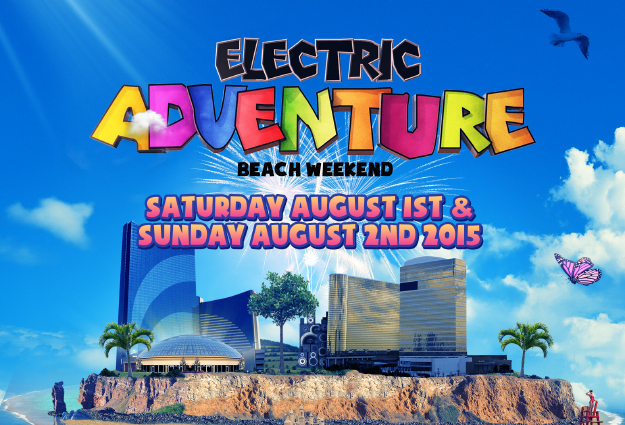 This year’s installment of Electric Adventure promises to be its biggest and most extravagant yet. With five stages, beach games, VIP areas, and some of dance music’s heaviest hitters, this is one East Coast festival you won’t want to miss.

On Tuesday, July 7, Kygo was revealed as a special guest act at Electric Adventure 2015, slated to play an afternoon beach set on Sunday. Kygo has been on the rise this past year, creating his own unique style of dance music, which is now referred to as “tropical house.” The 23-year-old DJ and producer is a risk-taker who has produced a diversely extensive discography since exploding onto the scene, which consists of various solo productions, collaborative projects, and remixes. Kygo headlined Ultra Music Festival’s Live Stage in Miami this past March as well as provided back-to-back weekend sets at Coachella Music & Arts Festival in Indio, California in April.

Evolving into the event it is today, Electric Adventure will see its largest installment in its history as well as its biggest lineup. This year’s EA will host five stages, interactive installations, VIP platforms, liquor & beer, and beach volleyball.

Electric Adventure made its debut at Six Flags in NJ during Columbus Day Weekend in 2012 followed by its return to the theme park in 2013. Last year, EA took place over two days in Seaside Heights, NJ, until blooming into its new waterfront location in AC.

Atlantic City’s nightlife scene has been on the rise in recent years. DJ talent sweeps through venues at Borgata (MIXX, mur.mur., Festival Park), Golden Nugget (Haven), and Harrah’s (Pool After Dark), among others.

Enter to win 2 free tickets for Electric Adventure 2015 from The Nocturnal Times. Follow the simple entry rules below to earn points toward your entry.

“I entered to win 2 free tickets to @ElectricAdvntre from @NocturnalTimes here: http://tinyurl.com/EATNT”
a Rafflecopter giveaway