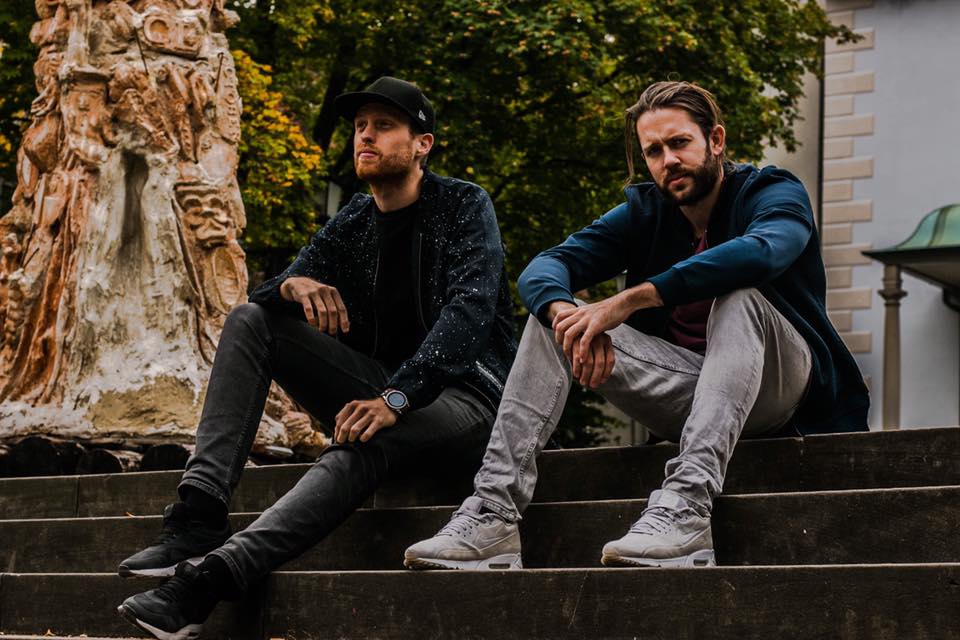 Following their last smash single “Broken Love,” Dutch DJ/Production duo The Him are releasing another new track to carry out summer with pure bliss. “By Your Side” is The Him’s newest team up with Jordan Jay – the single dropped today, August 3rd, and it is a surefire boast to the pair’s impressive repertoire of dance anthems.

Jeroen Kerstens and Steven Berghuijs formed their partnership in 2015 when they teamed up with melodic house legend Sam Feldt for their breakout collaboration “Midnight Hearts,” which has amassed over 17 million streams to date. The Him have whipped through the electronic scene with a powerful presence due to their innate ability to create transcendent melodies. Stemming from the studio all the way to their international recognition, the duo are simply irresistible up on stage. Their charismatic personalities fuse together flawlessly with the enormous amount of energy projected from the stage to fill crowds of thousands, or amplify the electricity within nightclub walls. One hit of The Him and fans are naturally hooked, craving more music time and time again.

From the first beats, “By Your Side” is an immediate feel-good track full of pure joy that carries along seamlessly with The Him’s melodious chords. Jordan Jay is the cherry on top of this radiant tune, completing the production with infectious rhythms per usual. The track’s heartfelt lyrics are just begging for fans across the world to belt out with a smile on at The Him’s next live performance. By now The Him have crafted a signature beaming sound, and “By Your Side” is the perfect fitting puzzle piece to this outstanding style.

Jordan Jay is a fellow Dutch DJ/Producer, who discovered his infinite passion for house music after a journey in producing a range of styles from dubstep to drum and bass. Focusing on a continuous evolution of sound, Jordan Jay’s first release “Haze” with Charlie Ray on Armada Music/Showland garnered support by icons Martin Garrix, Nicky Romero, David Guetta and more. His mega collaboration with Holl & Rush for “Another Day” charted in the 538 Global Dance Chart for 7 weeks peaking at #21. On the rise, Jordan Jay is only upping his ante in cultivating a fan base to reach all corners of the globe.

Whilst most recently on tour supporting electronic duo Galantis across the U.S, The Him have shared stages with some of the world’s greatest DJs including Tiësto, Martin Garrix, Pete Tong, Kygo, Oliver Heldens, Don Diablo, The Chainsmokers, and many more. Cementing their name in the industry, The Him are on track to become and remain one of the most beloved and sensational duos in the game.