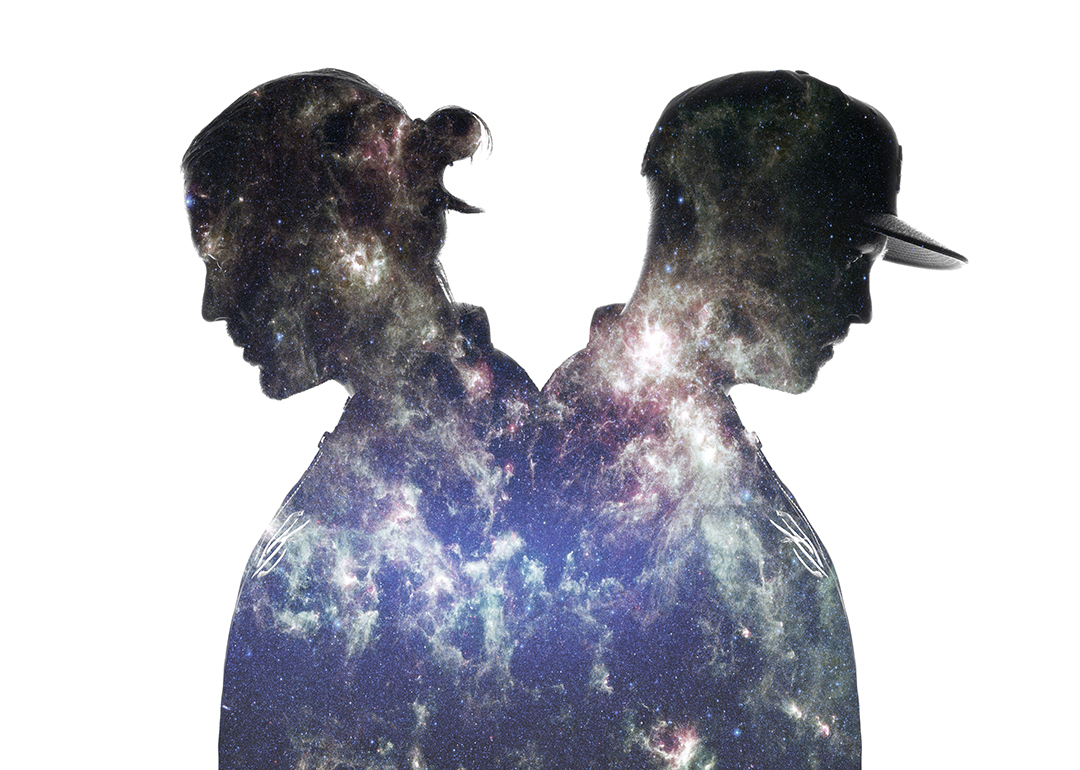 It’s no secret that the heavenly city of Amsterdam cranks out incredible DJs and producers one after another, and this fresh duo fits into that M.O like a perfect puzzle piece. The Him has been gaining recognition, performance slots, and support left and right on a rapid fire pace over the past few years. Today is the day fans have been waiting for in high anticipation, the release of their new single “Broken Love” featuring Parson James.

Jeroen Kerstens and Steven Berghuijs are the Dutch masters behind The Him, and since 2015 these two have been crafting their melodic and transcendent sound with a slew of original tracks, remixes, and stellar collaborations. Well known for their epic team up with Sam Feldt on “Midnight Hearts” which has amassed over 17 million streams, Jeroen and Steven have sight their sights on becoming and maintaining their title as an international dance force to break through boundaries of performance, music, technique, and ingenuity.

When it comes to original productions by The Him, their first track “Feels Like Home” was an absolute hit. Reigning in over 12 million SoundCloud streams and reaching #1 on SoundCloud’s Deep House Charts in the first six months of its release, “Feels Like Home” brought The Him into the spotlight like never before. Leading dance publications like Dancing Astronaut, Your EDM, DJ Mag NL, Mr Suicide Sheep, Chill Nation and more all jumped in fast to shout out their support and love for “Feels Like Home” – setting up The Him for a total takeover in new music. Following this monumental release came fresh tracks “Don’t Leave Without Me” featuring Gia Koka and another original mix “Balance” – both serving as more massive milestones for the duo, continuing their hot streak as their fanbase was growing exponentially.

On the remix front, The Him have shown their diversity and eclectic style by remaking songs across the board of music. From The Chainsmokers, to Martin Garrix, to Miley Cyrus, to David Guetta, to Tiesto, and a host more, Jeroen and Steven have a knack for not only producing original creative masterpieces, but successfully putting out their own unique renditions of fellow artist’s songs. Racking up millions and millions of plays, their spot in dance radio has been cracked open and on a nonstop roll. As time went on the two upped the ante in refining their repertoire of originals. When 2017 arrived, The Him was ready to rock an entire year of new music and freshly minted sounds. “Oasis,” “Secrets”, “Oasis”, “Everybody Hurts”, “I Wonder” and “Always” have garnered 30 million streams together on Spotify.

After building up this champion reputation and cementing their name in the scene, “Broken Love” is without a doubt going to be the single to raise The Him to an even bigger level. With its heart soaring melodies flowing seamlessly on top of free and easy rhythms, “Broken Love” is all too relatable when it comes to things we have all gone through in love. Painting a vivid picture of radiance within its lyrics, Parson James carries the song effortlessly and with heartfelt passion. Parson James is creating a name for himself as far from your typical singer and songwriter. Coming from a rocky childhood and past that he refused to let define him, this Brooklyn-based artist is focused on his first debut album that fans will all be able to relate to in difficult times, but more so optimistic ones. The Him teamed up with influential musician Parson James to create not only a summer anthem, but a song to carry out love for the rest of 2018 and beyond.

Check out our exclusive interview below with The Him to see what the duo had to say about all things music, touring, performance, and more!

Nocturnal Times: Let’s start out by talking about your roots in music and how you both started up. How has being from Amsterdam – the city that is considered the mecca of dance, helped shape your passion for pursuing the electronic music industry?

The Him: The electronic/dance music scene in Amsterdam is great. You have so many clubs and great festivals. We both started going to techno clubs and underground parties when we were young so that definitely shaped our musical taste and made us want to start making electronic music too. It probably also helps a lot that its always cold and rainy here so everyone just stays inside the studio all day ;).

Nocturnal Times: You guys began cultivating a fan base with your extensive list of remix bangers from The Chainsmokers, to Martin Garrix, to Miley Cyrus and many more. Can you walk us through the selection and production process of one of your remixes?

The Him: When we do remixes we pretty much always start out with only the vocal and try to find new chords on the piano that work well and put the song in a new perspective. With the Miley Cyrus remix we were on tour in the states and had a couple days off in LA so we went into the studio to work on it. For the longest time we didn’t really have a solid drop idea for it but we had the piano in the verse that sort of follows the rhythm of the vocal. It felt really good for that part of the song but didn’t really make sense to lead into the next section. Then we left it for a bit and worked on it the next day. That’s when the vocal chop and the drop chords came about. It all started flowing together and that was pretty much it. the whole remix probably took us 2 or 3 days. It happens a lot that we’re working and working on something and it feels like it’s really not going anywhere and then all of a sudden it jumps right out at you and you’re done!

Nocturnal Times: Tell us about your current sound and style – were there any artists who helped influence your sound?

The Him: We’ve done quite a couple of different things over the last year or two. For the remixes we usually try to make big house remixes that are great for our DJ sets. For the originals we’ve been experimenting a lot with different vibes and tempo’s. There’s always both organic and electronic elements in there and we tend to work from the song. Sometimes this means we first go in the studio to write the actual vocal and only then start to produce it. In terms of influences we really listen to everything and try to get inspiration from as many different sources as possible.

Nocturnal Times: You’ve now scored mega collaborations with DJ/Producers Sam Feldt for “Midnight Hearts” and Jay Hardway on “Jigsaw.” What are some other artists you hope to team up with in the future?

The Him: We hope that we can work with big pop acts in the near future like Imagine Dragons, Coldplay, The Weeknd. But finding new talent and building something from scratch is what we also love to do.

Nocturnal Times: Your lively and busy tour life has been a huge key to your monumental uprise and recognition in the industry. Has there been one stand out crowd or performance thus far that sticks with you? Why?

The Him: We’ve had a lot of awesome shows this far, sometimes we really have to pinch ourselves. We’ll never forget the show that we recently did in Washington D.C. when we got snowed in at JFK and had to take a 5 hour Uber ride to make it to the show just in time. We were so pumped that we made it in time and the crowd was on fire!

Nocturnal Times: Tell us about your recent tour across the U.S with Galantis. How did you guys pair up for that tour?

The Him: Thanks to our bookings agency WME but in particular Paul who is killing the game for us in the US. He asked if we want to tour with them and this was an easy yes!. We love Galantis, they are great producers and performers and going on tour with them is an honor.

Nocturnal Times: Tell us a little about how you came to collaborate with Parson James for “Broken Love.”

The Him: Parson is a super talented guys who has been on our radar for quite a while. One day we got set up via our management and did a session with him in LA.

Nocturnal Times: Similar to your recent singles like “Secrets” and “Oasis,” “Broken Love” is full of soulful melodies and is an all around positive vibes track. What have the crowd reactions been like so far when you perform “Broken Love?”

The Him: The reactions were really good so far! It’s an easy to remember chorus so when we play the second break people can sing it with us!

Nocturnal Times: Is there any story behind the song, maybe in the lyrics/songwriting end of it, or was it just something fun to pull together? In general, do you find that your songs speak to certain experiences/feelings of yours?

The Him: The subject of the song is about things we’ve all gone through in relationships so we think lots of people will be able to relate to it. There’s no specific story behind it but it came about from the idea of a “broken love”. A love that’s not all perfect but still worth it!