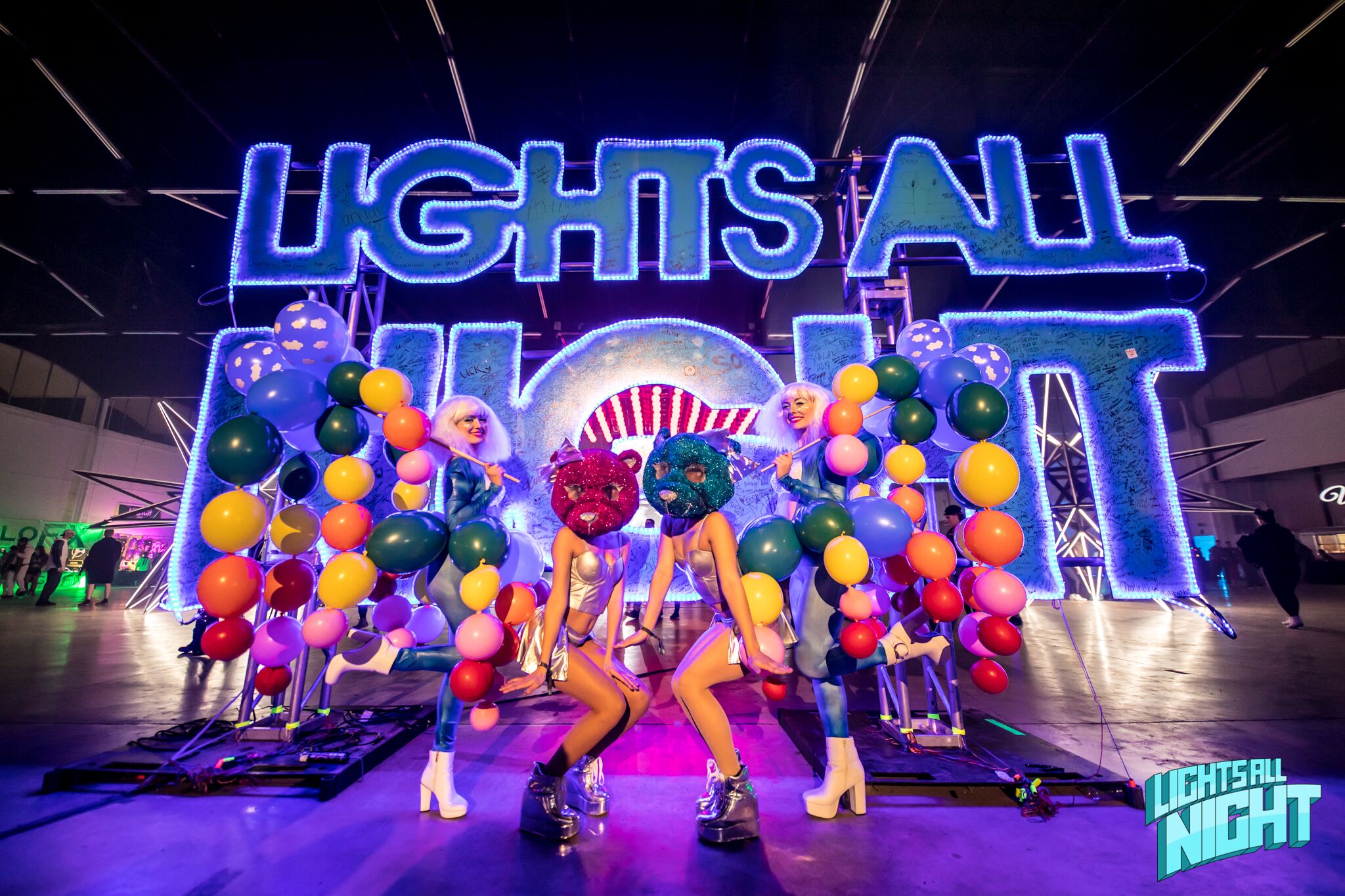 Lights All Night, one of the longest-running end-of-the-year parties in Dallas and across the country, is excited to officially announce the music lineup for the 10th annual music festival returning to Dallas Market Hall near downtown Dallas, Texas on Friday and Saturday, December 27 and 28 of New Year’s Eve weekend.

To help celebrate the milestone anniversary, Lights All Night (LAN) will look to welcome to its stages some of the world’s most sought-after dance and electronic music acts – several of whom are repeat performers and festival alumni – for a truly memorable year-end celebration to help close out 2019. On Day 1, LAN will play host to perennial chart-topping producer Skrillex, who continues to tease new music as a solo performer, in addition to new projects from his collaborative side projects with Diplo and Boyz Noise, who he joins to form Jack U and Dog Blood, respectively. Just this summer, the producer has also released a wave of new music featuring artists like Ed Sheeran, Ty Dolla $ign, Lykke Li, and TroyBoi, among others, with more likely soon to come. Also hitting the stage will include critically-acclaimed and 2019 GRAMMY Awards nominee DJ Porter Robinson’s side project and alter-ego, Virtual Self, an homage to the 90s and 2000s-style electronic music that inspired Robinson to first produce music, while he also continues to tease new music as a followup to his alias’ self-titled debut project in 2017.

Festival alumni and oft-labeled “Godfather of bass music” Bassnectar will take the stage to headline and close out the festival on Saturday, December 28 after just releasing Part 4 of the Reflective EP series this past spring. Also set to headline Day 2 includes Chicago-based DJ and production duo Louis The Child, who continue to prep for the release of their long-awaited debut album and who most recently partnered with X Games to create the event’s official new anthem, “Big Time.”

Other notable performers currently announced include Austin’s own DJ duo Tritonal, considered by many to be one of the biggest DJ acts to ever hail from the state of Texas and who just released their third studio album U & Me this June; UK-born dubstep producer Zomboy, Las Vegas-based electro-house DJ 3LAU, and up-and-coming DJ/producer Slushii, who just released his third album Dream this past December, as well as Kayzo, San Holo, Herobust, Elephante and more. The initial lineup is listed below with additional acts to be announced in the coming weeks:

Two-day GA tickets as well as various VIP packages are on sale this Thursday, August 22 at lightsallnight.com.