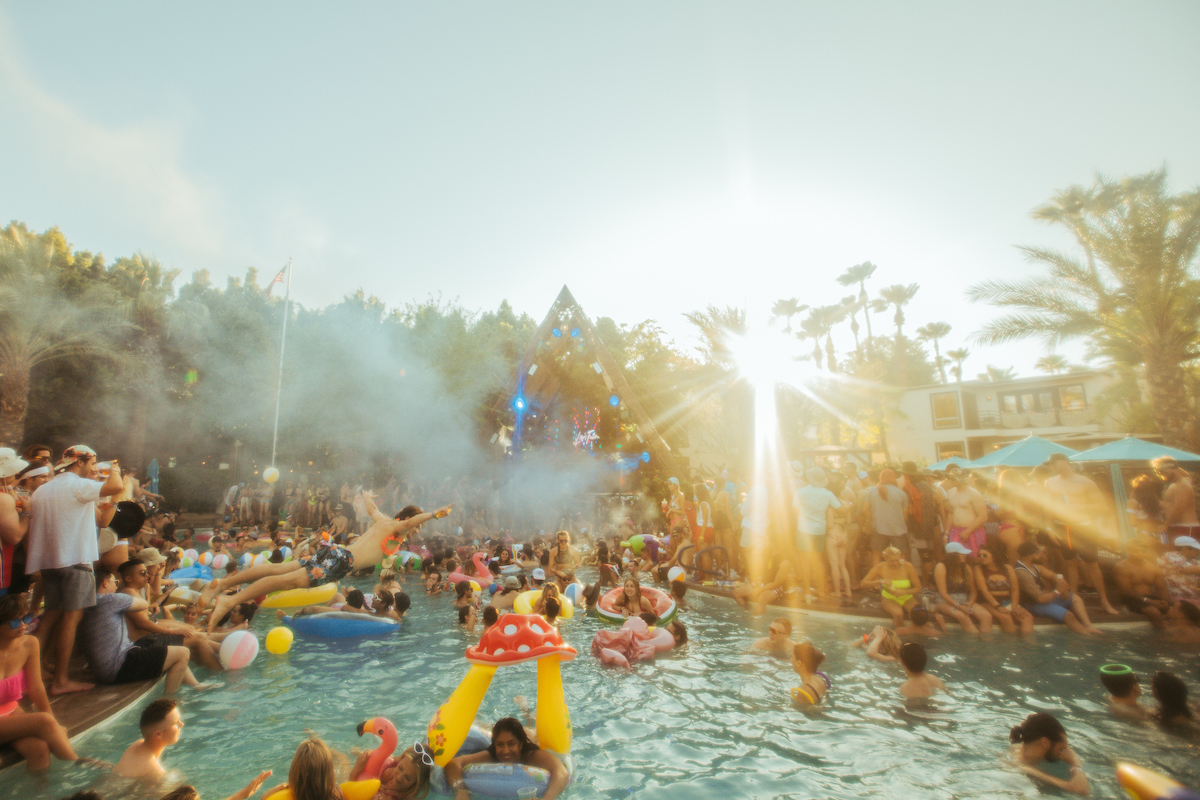 Southern California fan-favorite festival, Splash House, recently announced that it will be expanding for an extra weekend of desert pool parties this summer. The festival will return to the Renaissance, Riviera, and Saguaro hotels in Palm Springs on June 5-9, August 7-9, and August 14-16. With the extra dates added in August, attendees are sure to have an unforgettable summer of electronic music under the palm trees.

Seven summers ago, Splash House made its debut in Palm Springs and has evolved into a bucket-list getaway ever since. With the huge dance acts taking the stage every year, the event has grown tremendously in the means of production and bookings. Over the last decade, artists such as RUFUS DU SOL, Gorgon City, Kaytranada, and Louis the Child all played sets at the festival on their journey to fame. Billboard leaders such as Lane 8, Claude Vonstroke, The Black Madonna, and Hot Since 82 have also made their mark at the event within the last few years. With a mix of industry-leaders and breakout artists, the lineup is a well-versed example of the constantly evolving dance music scene in California. No matter what, attendees can look forward to yet another massive artist lineup for the season to come.

With the house and techno scene at its peak in Southern California, it was only necessary to add an extra weekend for the 2020 season. With the desert mountains as a backdrop to three simultaneous pool parties under the palm trees, Splash House brings a holy trinity of locations for the festival. Each stage is unique in its own way- with the pastel pop of colors at the Saguaro, the jungle-themed A-Frame at the Riviera, to the much-needed shade at the Renaissance.

Additionally, the Palm Springs Air Museum will once again be the official after-hours venue so festival-goers can continue the party into the late hours. The museum offers a massive stage unlike any other set amongst vintage airplanes underneath the stars.

With an incredible combination of house and disco programming, breathtaking stages, free shuttles to each location, and a next-level poolside experience- Splash House continues to be one of the leading festivals for Southern California electronic music lovers. Each of the three venues offers hotel packages with stage-facing balconies. This year, the event also added a Season Pass for loyal splash fans that includes admission to all three weekends. Guests must be 21+. All tickets and packages are on sale now at splashhouse.com.