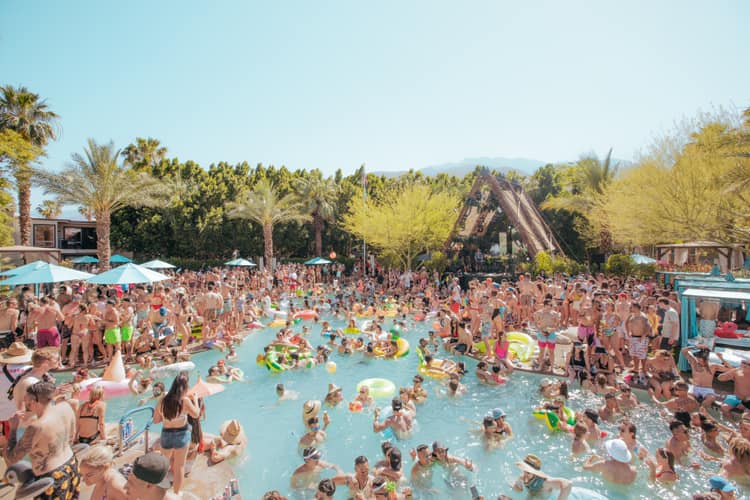 With Splash House just around the corner, excitement is building up all across Southern California for another eclectic weekend in the desert. We decided to give our readers a deeper look into a few must-see artists that will be taking over the stages by storm next weekend. From electronic music veterans to up-and-comers, each artist on the lineup this year have their own unique sound guaranteed to keep festival attendees dancing all night.

Golf Clap. Originally hailing from Detroit, this deeply-rooted house duo has grown to play many major festivals across the country. With unique funk and bass sounds, the two have become regulars at Miami Music Week, Electric Forest, Holy Ship, and Movement Festival. Their newest track “Demo Tapes” has already been a hit in the club scene this summer, out now via their very own Country Club Disco label. Their national Come Alive Tour kicks off next week, with Splash House being one of their first stops. They have become known in the music scene to work a crowd like no other, so their set in Palm Springs is definitely an essential addition to festival-goers weekend schedules.

Shallou. Although Splash House is a primarily house-dominated music festival, artists like Shallou bring nostalgic mid-tempo vibes that will make the weekend truly feel like a dream. With soft lyrics and melodic undertones, his light and summery songs are nothing short of beautiful. With his debut EP, Souls, having just come out last year, he has an incredibly successful year in music. From playing Red Rocks and headlining shows across the country with Slow Magic, this dance-pop producer and DJ will be a spectacle to see at Splash House.

Luttrell. For those into melodic techno, San Francisco’s Luttrell is bringing attendees the perfect sound to the stage next weekend. Inspired by playing years of Burning Man, his unique brand has landed him a mainstay with the Anjunadeep family. He has performed many major venues including London’s Printworks, Electric Forest, and Coachella. His debut artist album ‘Into Clouds’ was released at the beginning of this year and has received massive support across the globe. His creative energy has attracted a surplus of fans over the past year and is sure to gain some more after next weekend.

Venessa Michaels. We all love a good female DJ – Venessa Michaels is bringing a refreshing look to the electronic music world, having already played major shows around LA and taking over an exclusive guest mix on Diplo & Friends this year. Taking sounds from 90s infused dance music and combining it with a 2000s twist, her brand is versatile and unique. With hints of future and deep house, her set next weekend will be the perfect way to keep the party going.

More Than Friends. One of Southern California’s electronic gems, More Than Friends’ career took a turn for the best when he teamed up with life-long friends Nutty and DJ Susan to form the powerhouse record label, Hood Politics Records. In addition, he also has signed tracks by the likes of Desert Hearts, Perfect Driver, and Sweat It Out. He’s also teamed up with OMNOM and Max Kernmayer to create long-lasting collaborations. With driving basslines and mesmerizing vocals, his beats are sure to heat up any dancefloor they meet.