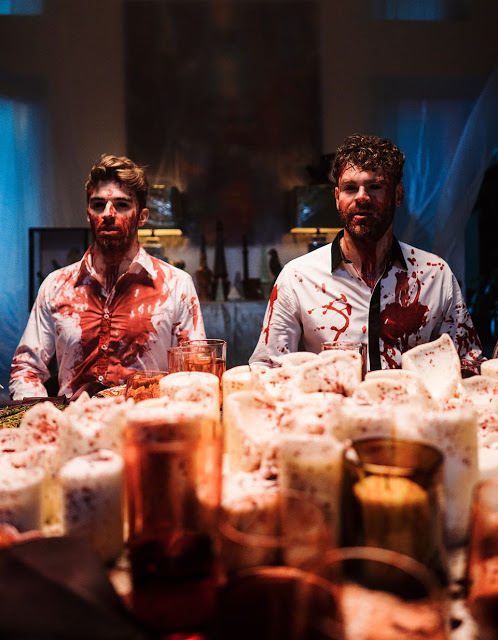 The Chainsmokers just unleashed back-to-back singles, first “Sick Boy,” and now “You Owe Me.” Both tracks are taken from their Sick Boy…You Owe Me EP which was released on Friday (Feb. 15) through Disruptor Records/Columbia Records. Alex Pall and Drew Taggart strip things down on their latest two productions, which shy away from their traditional big-room electronic sound. Taggart puts his vocals to the test once again on “You Owe Me” and “Sick Boy,” which both showcase authentic and raw lyrics.

Just as massive remixes of their pop-rock-turned-electronic “Sick Boy” from HARBER, ZAXX, Kuur, Ship Wrek, OneDuo, Prismo and more surfaced across the Internet and in DJ sets alike, Alex and Drew surprise dropped “You Owe Me” along with a stunning new music video. Written and directed by their immensely talented, longtime friend, Rory Kramer, the “You Owe Me” video kicks off sweet and takes a turn. The music video also made its release just in time for Valentine’s Day. Fittingly, the cover art (seen above) includes silverware, cherry tomatoes, and a heart-shaped raw steak – fully equipped with blood splatters. We won’t spoil the surprise, though, so watch for yourself, below.

Watch: The Chainsmokers “You Owe Me” official music video: