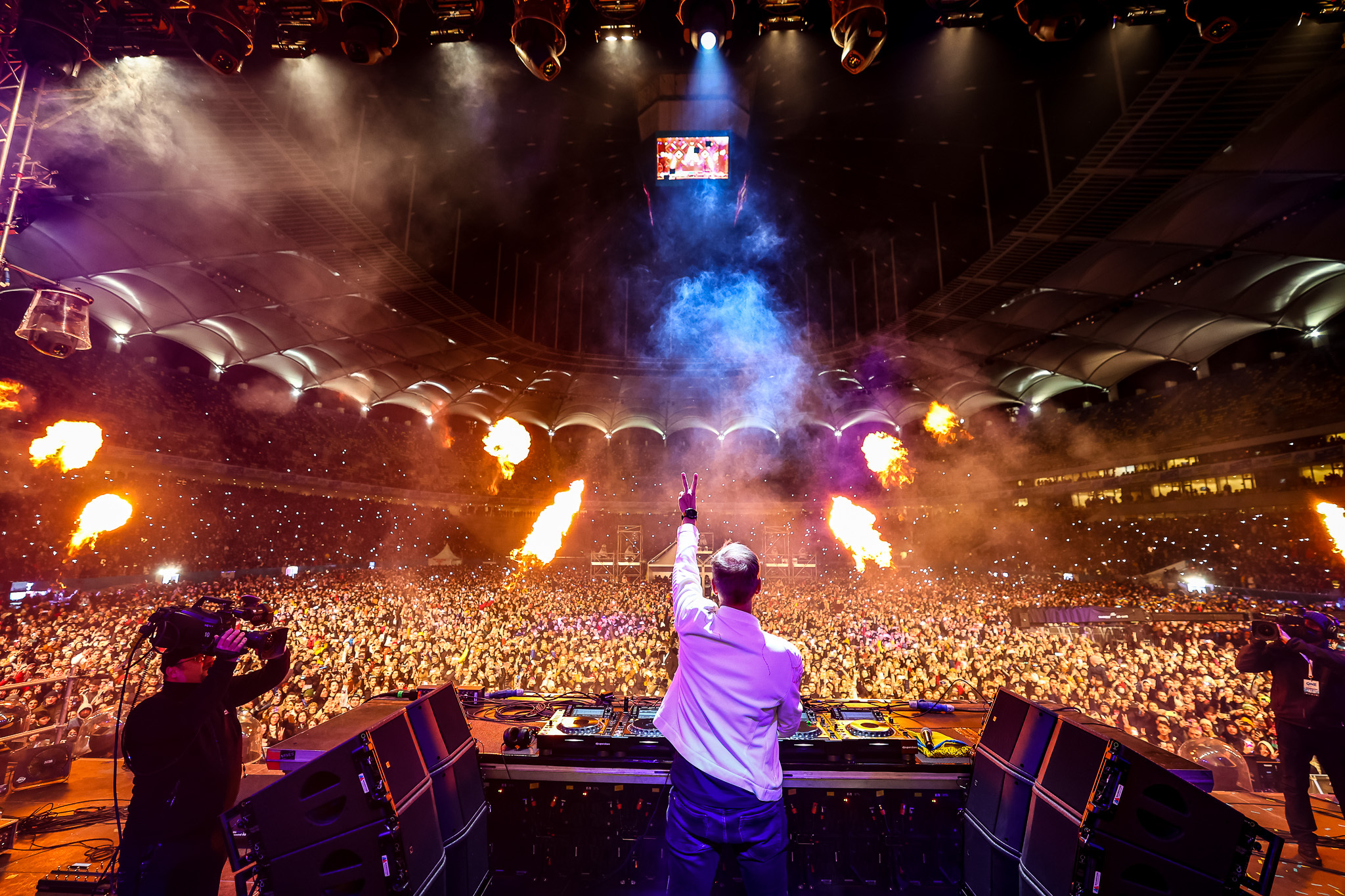 On Saturday, thousands of music fans across Europe came together for major fundraising concerts, WE ARE ONE and ASOT1000’s #danceforukraine, in Romania and Poland respectively. The people of Bucharest and Kraków gathered for one sole purpose, to raise money and awareness for those affected by the on-going conflict in Ukraine. Across the weekend, a ground-breaking collective total of over €1 million has been raised in support of the Red Cross charities in each of the countries; a sum that will make a massive difference to those refugees in need of urgent aid.

In Bucharest, as many as 50,000 people congregated inside the National Arena for the largest benefit concert in Romania, WE ARE ONE. Organized by the joint forces of SAGA Festival, PRO TV, KISS FM and the City Hall of Bucharest, the 8-hour event saw a plethora of artists invited to participate, including illustrious names such as Armin van Buuren and INNA, who both took to the stage with unforgettable performances in the name of charity. UK star Tom Odell also provided one of the highlights of the day, performing his song “Another Love” alongside a children’s choir; a song that has come to symbolize the protest for world peace. Another special moment saw Ukrainian artist Jamala take to the stage in a tremendous demonstration of strength, as she recently fled the country with her two children to seek refuge, while her husband remained in Ukraine.

“We are extremely proud that we have been able to raise such a nice amount for the Red Cross with both shows, in support of the ongoing humanitarian crisis in Ukraine. The power of music was tangible during WE ARE ONE and #danceforukraine. As a festival organiser, we turned our powerlessness into actual help, and that felt like the least we could do.”- Allan Hardenberg, director and co-founder of festival organiser ALDA and one of the minds behind each of the fundraisers

Raising money for the Romanian Red Cross, the event garnered world-wide attention as it was also streamed online and via Romanian TV and radio, with over 7 million people tuning in nationally, and around the world. Taking thousands of contributions across the course of the weekend, therefore, the WE ARE ONE total stands at a very generous figure that will benefit the Ukrainian cause immeasurably. Donations can still be made here.

Later in the day, Armin van Buuren engaged in even more fundraising activities, traveling to Poland ahead of the ASOT1000 celebrations in Kraków, that had been newly named #danceforukraine earlier this week. No fewer than 14,000 trance fans assembled inside the Tauron Arena in the Polish city to enjoy live performances from the likes of Ferry Corsten, Ruben de Ronde, Solarstone, Vini Vici and the ASOT frontman himself. During the show contributions were made through ticket proceeds and further donations were processed online, as thousands more joined the cause, watching their favourite DJs perform online via a global livestream. Last Thursday’s episode of the A State Of Trance radio show was also dedicated to raising money for Ukraine, as avid listeners also couldn’t help but extend their charity. The sheer generosity of the trance community has been overwhelming, raising an incredible total in aid of the Polish Red Cross. Proceeds are going directly to the charity to support them as the humanitarian crisis continues to unfold in Ukraine. Thousands of refugees have already crossed the Poland-Ukraine border, just 250 km away from the Kraków event, and the number of those displaced by the conflict is set to grow well into the millions in the coming days.

Related Topics:a state of trance
Up Next