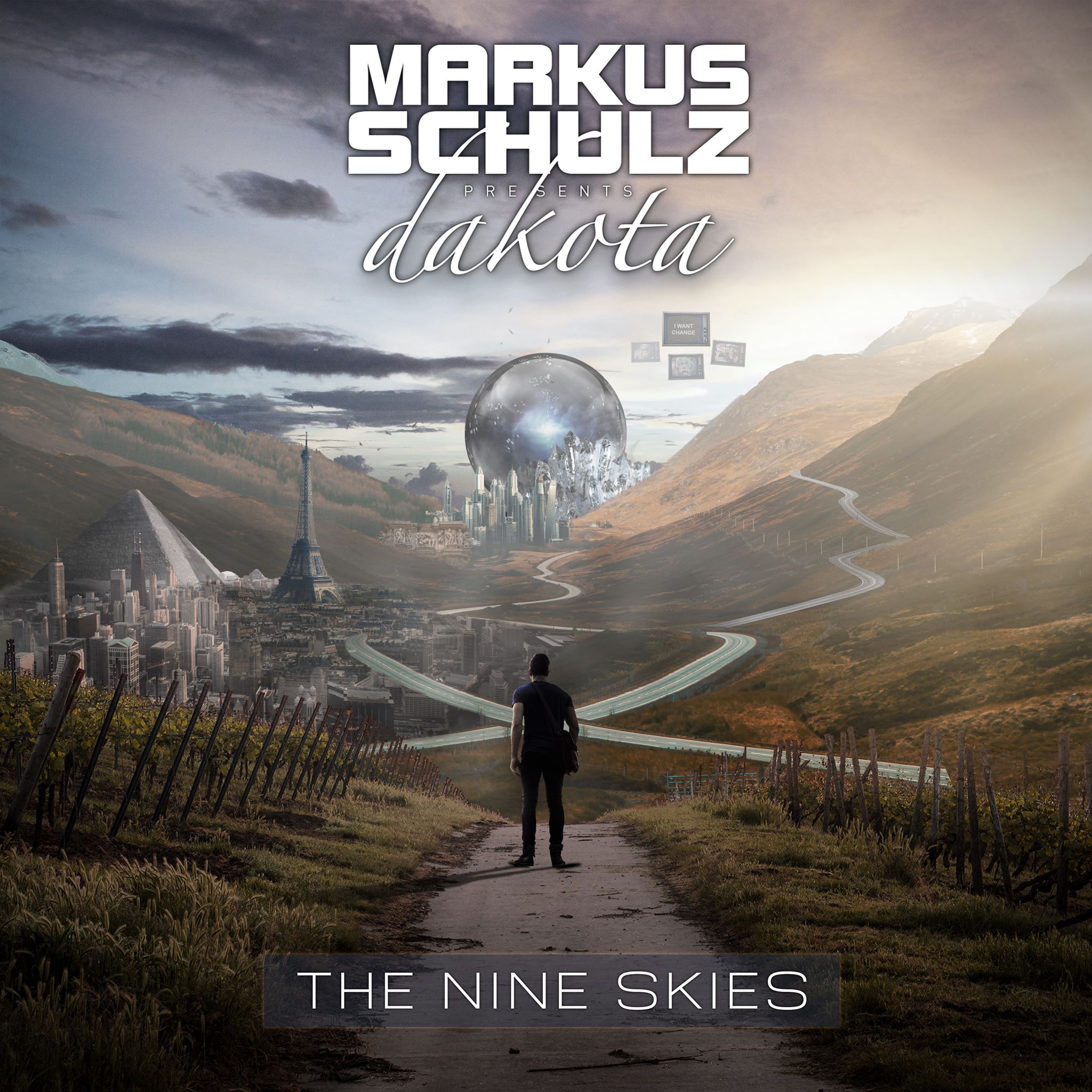 Trance legend Markus Schulz has been working on a project that derives from the deepest and darkest parts of his heart and soul. Back again as his identifying Dakota persona, The Nine Skies presents sounds reflecting the entirety of his awakened mind and speaks volumes to sentiments regarding the world around us that we can all relate to. Read our exclusive interview with Markus Schulz from earlier this year when he first revealed the details and concept behind his enlightening new album, The Nine Skies.

Both generally and theoretically, Markus longed for his new Dakota project to create a sense of ambiguity for listeners. The main thematic concepts of his new 18-track album are those of human spirituality, enlightenment, and awareness- which ideally reflect the side of him (the Dakota side) that he lingers for the electronic music world to truly capture. This side of Markus presented itself to listeners since the upbringing of the first Dakota project “Thoughts Become Things” back in 2009, followed by “Thoughts Become Things II” in 2011. Since then, the path was created for possibly the most definitive of Dakota projects, The Nine Skies.

For Markus, The Nine Skies is a measure of world awareness, to capture if the electronic dance music world’s citizens are receptive to ideals that are deeper and more involved. Ever since the the horrifying attack in Orlando’s Pulse nightclub, an even deeper and darker side of Dakota emerged, spurring a greater vision for The Nine Skies. For both attendees and artists alike, shows, raves, and festivals are supposed to be this happy and make-believe realm. They’re events meant to act as a form of escape from reality, and allow us to forget about our worries. After Pulse nightclub’s tragic events, there seemed to be some sort of a snowball effect in the music world, as a few other events were also targeted negatively worldwide. This concept enlightened Markus to the idea that, in general, we’re not on the right path and his way of getting us back there is through the only way he knows how – making music.

The Nine Skies is not only meant to measure awareness regarding the darker elements of our world, but rather to merge those negative aspects with those of clarity and positive consciousness. Inspired by his spirituality, each song in his new album is meant to represent the different upbringings of human emotion- from the lowest of points and the highest of points. The release of the album’s first few singles prior to the entire album debut was designed to mirror the journey from darkness to enlightenment, starting off with the album’s fourth track “Mota Mota” and ending with its penultimate one “Spirit of the Warrior.”

The concept of time is also one of The Nine Skie’s main thematic ideals. The entire project was all-inclusive and completed before any word or promotion was released to the public eye. This gave Markus the opportunity to present his Dakota visualizations one single and one stage at a time, rather than producing a typical album tour like most artists do. This way, audiences could digest and absorb the organic, more substantial concept of Dakota’s newest work.

These thoughts and self-identifying factors have always been a part of Markus’ identity, and as Dakota he has found the artistic space to make deeper and more authentic music, which The Nine Skies emulates perfectly. Released through Coldharbour Recordings, Dakota’s exceptional The Nine Skies LP is out now. Followers can anticipate the album’s box set in the near future, as well as a limited edition audio-visual release including a filmed DVD of its live performance at Prague’s O2 Arena as part of the Transmission 2017 Event. Although it will probably take more than just a few plays to truly envision the entirety of the trance album’s purpose, it will definitely spark a sense of transcendental enlightenment the moment it begins to stream.