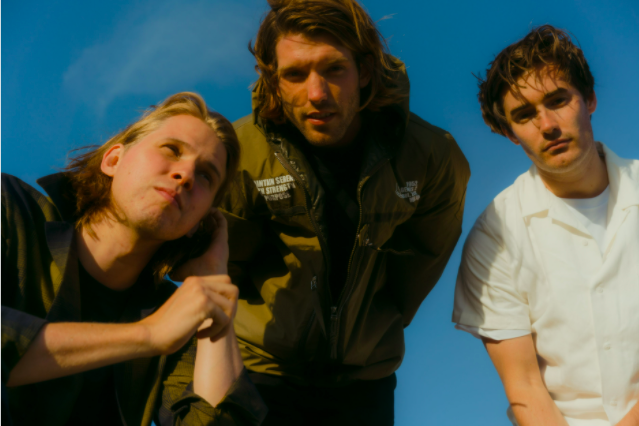 Australian GRAMMY-nominated trio Mansionair is back with a brand-new single that is sure to hit the charts this year. Out now on Glassnote Records, “Don’t Wait” premiered last week and is already taking over. Teaming up with fellow Aussie artist, Yahtzel, the trio brings an indie-electronic dream collaboration to life. Out now on all major music streaming platforms, this upbeat record is a sure-fire summer staple.

Following the release of the single “More” earlier this year and “Guillotine” – a collaboration with NoMBe, “Don’t Wait” stays true to the group’s incredible sound while firing up a new wave of energy into their soundscape. With an eclectic melody and catchy vocals, the song will make listeners want to blast it full volume in their car with their windows down. Showcasing a much deeper meaning to their vocals, lead-singer Jack Froggat dives into the meaning of the tune:

“‘Don’t Wait’ is a song about confronting the demise of a relationship. The subject so far has been disillusioned by their past mistakes and is coming to terms with the possibility that perhaps there’s nothing that can change the situation. It’s a song asking for honesty, to rip the band-aid off and not stretch out an inevitable ending. It’s hopeful, but also a realistic expectation that not everything goes the way you want. So often we cling to past versions of our lives, expecting everything to always stay the same, we hide in our flaws and blame others for our mistakes, before we realize too late that the damage is already done.”  – Singer Jack Froggat of Mansionair

With massive success on multiple singles, including “Guillotine” which hit the AltNation Top 5 Chart and GRAMMY-nominated “Line of Sight” with Odesza- Mansionair has already made a name for themselves in the music business. The three have played support for big-name alternative artists such as Florence and the Machine and CHVRCHES, on top of self-producing their entire album Shadowboxer. With no signs of stopping under the wings of their new releases, there is definitely much more to come out of the self-producing Aussie trio in the near future.