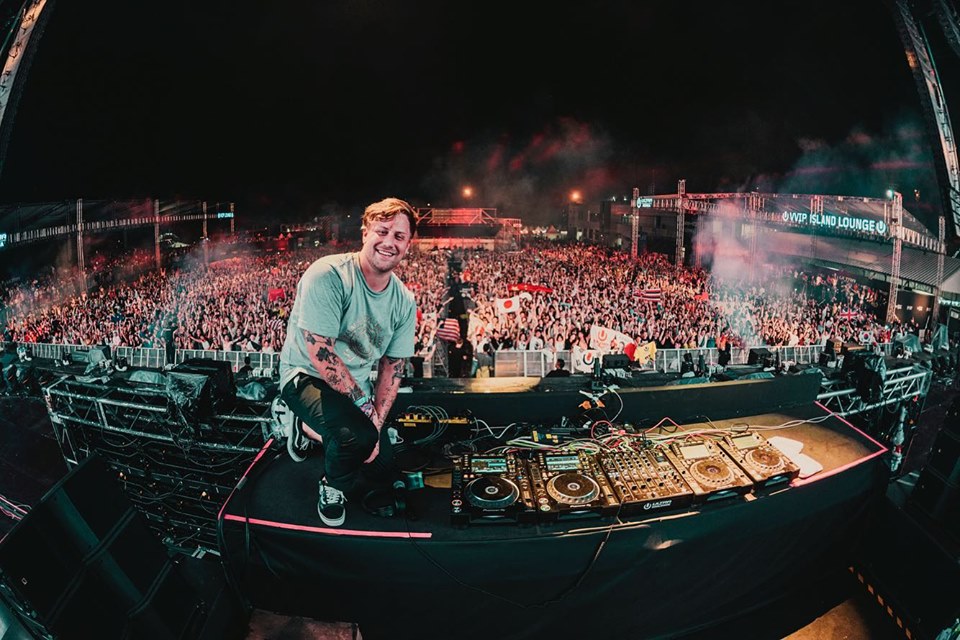 Hayden Capuozzo, better known by his stage name, Kayzo, is a chart topping DJ/Producer who has made a global footprint with his game-changing music and craft. Morphing his talents into one cohesive masterpiece, his new album Unleashed is a shoe-in for one of 2019’s top albums.

Blending an array of music genres including rock, punk, hardstyle, dubstep, and trap, along his journey he continues to bring millions of fans together who connect with him on a deeper level, all sharing the pure love for this rock/electronic crossover.

Unleashed is comprised of 15 mammoth tracks with an entire string of collaborations, showcasing his natural ability to create limitless diversified bangers. Featuring Alex Gaskarth of All Time Low, Frank Zummo of Sum 41, Of Mice & Men, Underoath and more, the album is a demonstration of Kayzo’s punk rock roots, brilliantly blending it with a familiar EDM structure and presentability.

Kayzo’s hard-hitting album also possesses features with artists such as K?D, ARMNHMR, TYNAN, Yultron, and 1788-L. The tracks exhibit Kayzo’s distinct blend of various EDM genre’s, but is most distinguished by his cross between elements of Hardstyle, dubstep, and trap.

As a continued exploration into rock/EDM crossover, Unleashed solidifies KAYZO’s place as a frontrunner in the crossover scene, as his fusion of genres seamlessly flow fluidly amongst each other.

“Making this album was a really special experience. It was pretty full circle being able to translate my experiences with these bands’ songs and the influence they had on my upbringing and my music.” – Kayzo

KAYZO has graduated from budding producer to breakthrough artist in just a handful of years. Recognized as one of Billboard Dance’s 100 Artists of 2019 (#67), he’s performed at a countless number of the scene’s top festivals around the world, and has sold out his own run of headlined shows and tours, generating praised reviews all around. His monumentous career and impact on electronic music has only truly begun, as there is a lot in store for Kayzo fans as well as rock and dance music fanatics in the future.

Related Topics:1788-Lalbumk?dKayzoSum 41Unleashed
Up Next