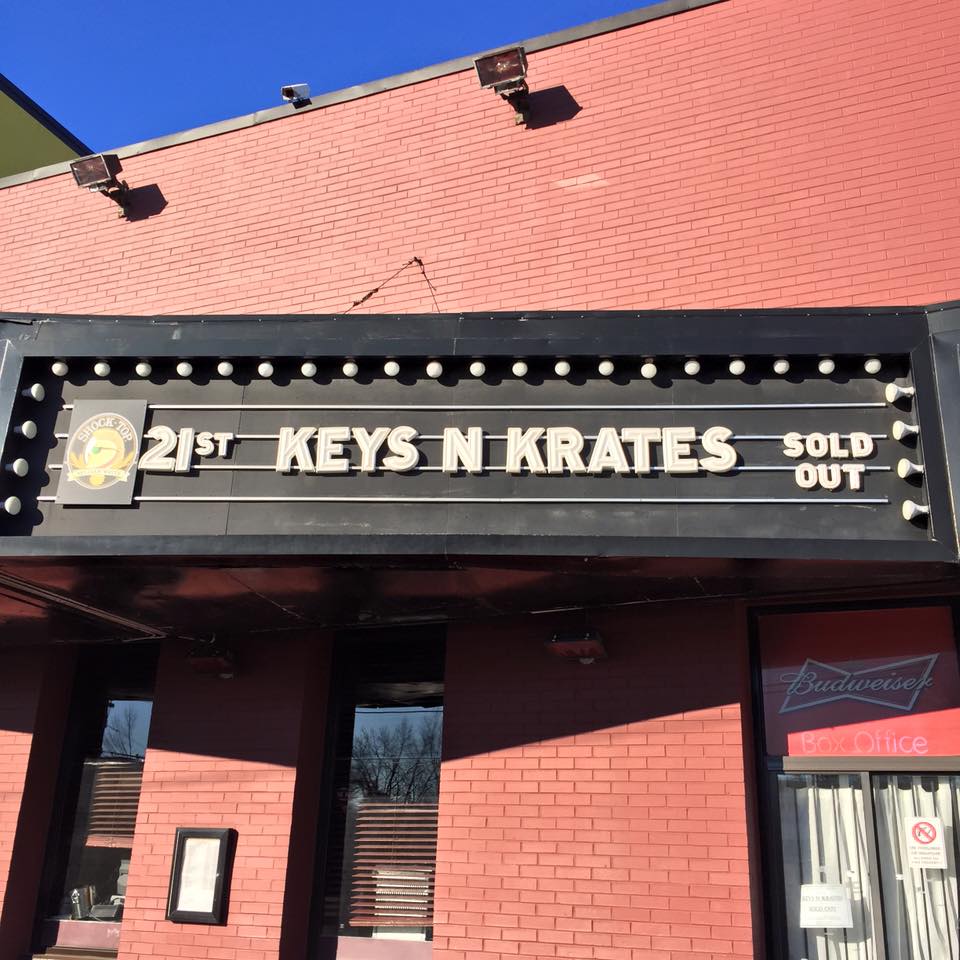 The lively trio of Adam Tune, David Matisse, and Jr. Flo, have themselves a flawless combination of live stage production with bolstering new material on their latest tour.

As the Midnite Mass Tour took off in the Northeast USA this past week (January 20) in Portland, Maine, it launched the Keys N Krates nationwide 33-stop showcase of talent. With two out of the first three shows being sold out, it goes without saying: The people love some Keys N Krates. Joining them for this winter tour were Stooki Sound, Jesse Slayter, and Metro Boomin on the earlier dates, and Hermitude and Ganz for later dates out West.

First to hit the decks on the Midnite Mass Tour was Jesse Slayter. The young producer has been around for some time and has experience working with big names in the past. He played his most recent collab with Grandtheft, “So Wavey,” a perfect song to set the mood with light trap snares and futuristic piano synths. The crowd clicked it up a notch during his Fetty Wap “Trap Queen” remix, arguably one of the best from 2015.

Stooki Sound served up a phenomenal transitioning performance, teetering the scale between mood music to hype mode leading up to the headline act. A well-blended mix of hip-hop and dance music, you would’ve thought the British boys had deep West Coast roots by their fitting song selection. The UK duo closed out with a good collection of snappy drum anthems getting the energy surged up. Stooki Sound finished with a blend of two current chart toppers; Travis Scott’s “Antidote” and the bass filled end of Kendric Lamar’s “Alright.” The duo payed tribute to Keys N Krates and incited a quick chant as they exited the stage.

Now this isn’t the usual dramatically drawn out interchange of set time as seen in most performances. The stage crew had to break down the table and hardware from the previous Stooki Sound set. Quickly after, you realized there was a full drum kit, piano, and a touchpad/laptop/mixer combination waiting to be unleashed. The crew hooked in the equipment and the crowd shuffled eagerly waiting for the trio to hop on stage. Attendees couldn’t resist the wait any longer and everyone shouted “Keys N Krates” in excitement.

In the shade of darkness slowly crept up the literal headline track, “Midnite Mass,” which eventually burst into a blinding revelation cascading the headliners of the event. The lights dialed down as the trio ran through the seemingly perfect intro song, which cut directly into the snare and piano buildup to “U Already Know.” The drop ignited the room and the crowd bounced in a frenzy. Within five minutes, Keys N Krates had already bombarded concert-goers with a fresh volley of new live material.

At this point in Keys N Krates’ career, they have built a stockpile of must-hear hits, and made it rain upon the venue. The 2014 memory inducing remix of Tove Lo’s “Habits (Stay High)” shook the walls with it’s bass-heavy live performance. A special treat was the unreleased Keys N Krates flip on the orchestral “Bittersweet Symphony,” seen sporadically throughout their live sets. Just as the group started the gig with ‘Midnite Mass’ content, they wrapped it up with new content as well. “Nothing But Space” took the event to one last new height as the group got up and embraced the crowd for one of their last songs of the night.

If you you were patient enough to stick around the dwindling minutes of the post-show clear out, you wouldn’t be surprised to see the trio in the standing area posing for pictures with fans. Both skillful yet humble, Keys N Krates’ Midnight Mass Tour is an ode to their precisely crafted abundance of material. From their early breakthrough hits like “Ratchet Hoe$” to a complete run down of the newest headline EP ‘Midnite Mass,’ the trio of Keys N Krates hasn’t let their popularity change them.

A decadent, yet bass filled night, will have you running through the entire catalog searching for more. Check out the Keys N Krates site HERE for more information and Midnite Mass Tour details.

DVBBS Returns to NYC With Terminal 5 Event on March 4