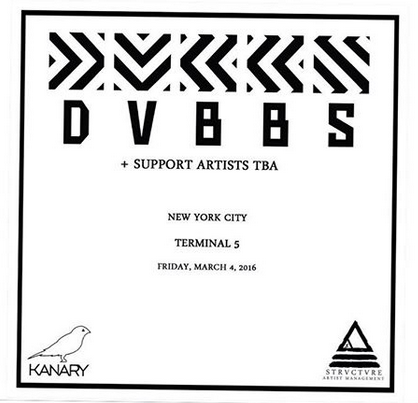 After first gaining momentum in 2013 with their smash single “Tsunami” (alongside Borgeous), DVBBS returns to New York City to bring another energetic showcase to fans. Join the Canadian duo at Terminal 5 NYC on Friday, March 4, 2016.

Currently ranked at no. 16 on the DJ Mag Top 100 DJs poll, the pair has recently released their latest track in October 2015, “Never Leave,” on Spinnin Records. The duo has also become familiar to partygoers for their hit singles “Gold Skies” with Sander van Doorn and Martin Garrix, and Stampede with Dimiti Vegas & Like Mike and Borgeous.

Tickets for DVBBS at Terminal 5 on March 4 are available here.