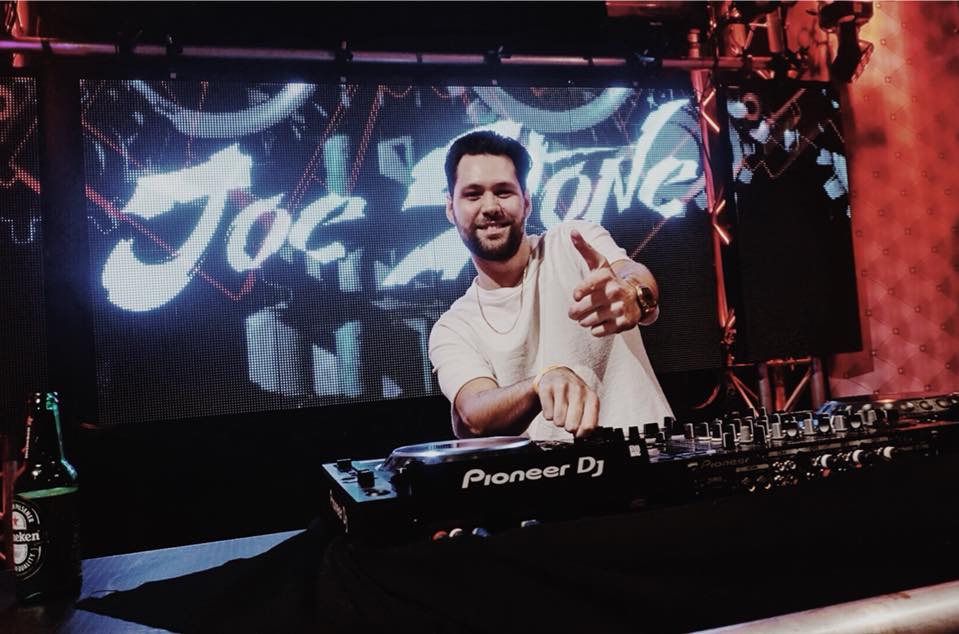 Amsterdam and electronic music have forged one of the most cohesive relationships the music scene has witnessed, and Dutch DJ/Producer Joe Stone is yet another fantastic testament to that. Officially out today via Spinnin’ Records, his newest single “Bug A Boo” has set the tone for an exciting year ahead, full of heaps of new plush music and plenty of tour stops around the world.

Throwing himself into music at just 7-years-old, Stone went from playing the keys to expanding his horizons in producing original melodies, and diving into genres like funk and soul. Stone is actually the alter ego of Dutch DJ, Maurice Oude Booyink, whose 90s inspired sound has made serious waves over the past few years. Joe Stone’s first single “The Party (This Is How We Do It)” gained tons of red hot attention in summer 2015, repackaging Montell Jordan’s classic 1995 hit into radiant twenty-first century brilliance.

Stone’s extensive tour schedule has helped grow him a devout international fanbase, who have experienced his effervescent live performances at festivals like Tomorrowland, Dance Valley, and Sunrise Festival, among many others. Keeping his outreach to fans part of his musical vision, his monthly Sound Of Stone radio show strikes up new, zestful sounds and features each and every time.

Inspired by the 1999 single of the same name by Destiny’s Child, Stone is switching his version up with ample fresh and uplifting tones. “Bug A Boo” is an instant dance floor hit, jam packed with infectious rhythms that reflect Stone’s influential style, as well as an undeniable groove to keep crowds vibing for hours on end. The unmistakable R&B topline perfects the record, pumping up its innate energy and leaves fans eager to hear this one out at live sets.

We got to chatting with the Dutch maestro himself, covering all sorts of highlights from last year as well as upcoming festivities! Check out our interview below, and stay tuned for more Joe Stone appearances in 2019.

The Nocturnal Times: Happy New Year! With 2019 festivities kicking off, tell us about your upcoming year and what you’re most looking forward to?

Joe Stone: There are some nice shows coming up in the UK, France, Netherlands and much more. Stay tuned on my socials for show announcements soon. As for music, there is a lot coming so I can’t wait to share this with you.

The Nocturnal Times: You released a handful of both original tracks and remixes throughout 2018, was there one that remained a particular favorite over the year?

Joe Stone: Yes there sure was. My track ‘Is It Really Love’ was one my must play’s and the remix ‘Dirty Sexy Money’ that I did for David Guetta worked really well on the dance floor.

The Nocturnal Times: Tell us about your first years first getting into music? What moments helped lead you to the path of producing and DJing?

Joe Stone: First I started out as a small kid at playing on my grandfather’s keyboard. As I got older I started playing in a soulband and became interested in producing as well. I had my first House release in 2008 so not much later I picked up DJing at a friends place and had a few gigs here and there.

The Nocturnal Times: With funk and soul as staple sounds of your music, have you ever/ would you like to one day perform alongside a live band for a festival set?

Joe Stone: Sounds like a lot of fun but never had the opportunity. Maybe one day.

The Nocturnal Times: Walk us through the production of your newest single “Bug A Boo?”

Joe Stone: There was this idea to use one of Destiny’s Child’s vocals and my ears fell for Bug a Boo this time around. I had so many good memories of the original racing my a** off in the club when I was 16. For the baseline I came up with the staccato feel which, I think, was the perfect match for the vocal. It was also very important to recreate the entire vocal to bring up that instant recognition.

The Nocturnal Times: Have you tossed around “Bug A Boo” in live sets so far? How have crowd reactions been??

Joe Stone: Actually I have a few times, but in a different version. Crowd response was awesome. This version will be released also!

The Nocturnal Times: In an industry that is filled with enormous arrays of talent in sound and style, what has been one key in staying a fresh and exciting presence in the scene?

Joe Stone: I must admit, it’s hard to keep up nowadays. But my style/signature has always been retro 80’s and 90’s which I believe is pretty timeless. So it’s always nice to be able to fall back in that.

The Nocturnal Times: Who are one or two artists you have your eyes on for 2019 collaborations?