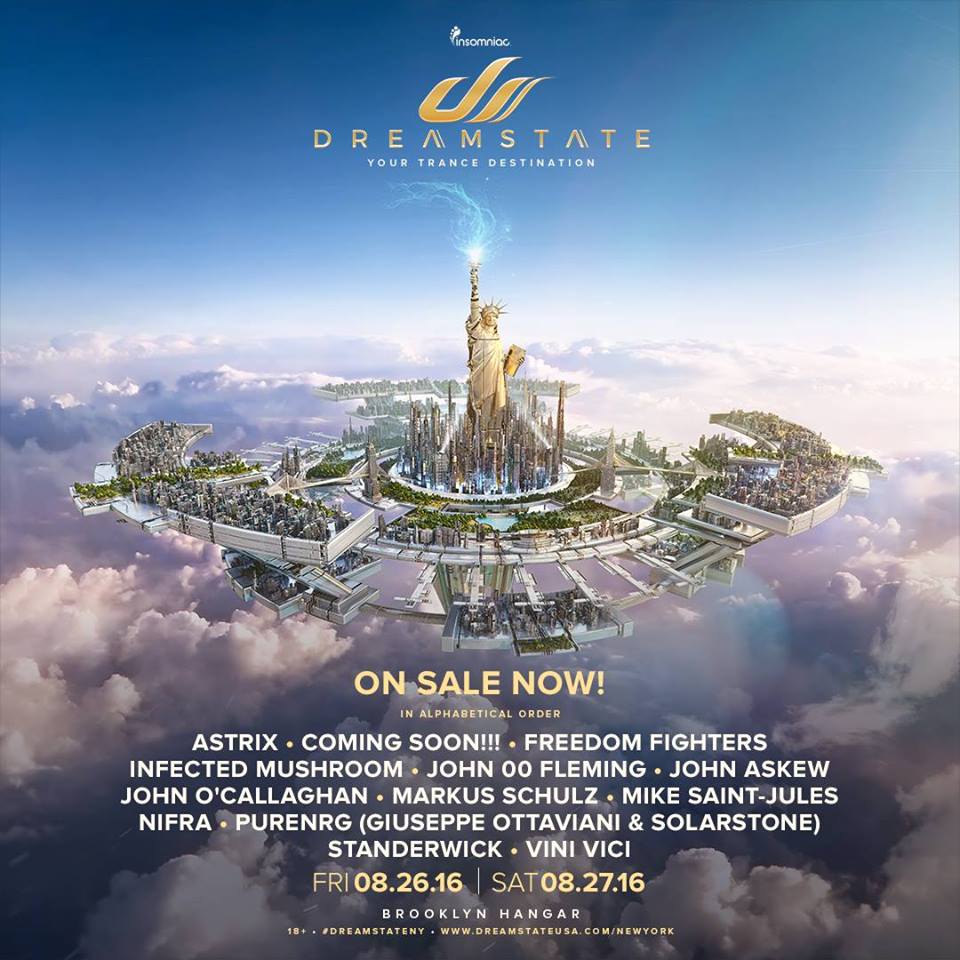 Providing trance lovers with the who’s who of trance artists, Insomniac showcased their massive Dreamstate event for the masses closing the dusk till dawn festival. The circuitGROUNDS on the Las Vegas Motor Speedway played host to the biggest trance acts in the world including dance music legends.

Your trance destination awaits at Dreamstate! For full details and tickets visit www.insomniac.com to join us for the Brooklyn warehouse event.

In addition to the New York edition of Dreamstate, Insomniac has also just announced the full lineup for the biggest West Coast edition of the glorified trance event yet. Returning to the NOS Events Center in San Bernardino, California, Dreamstate will bring nearly 100 acts to SoCal for a two-day trance-filled extravaganza on Nov. 25th & Nov. 26th.

Visit dreamstateusa.com for more information on both editions of your ultimate trance destination.