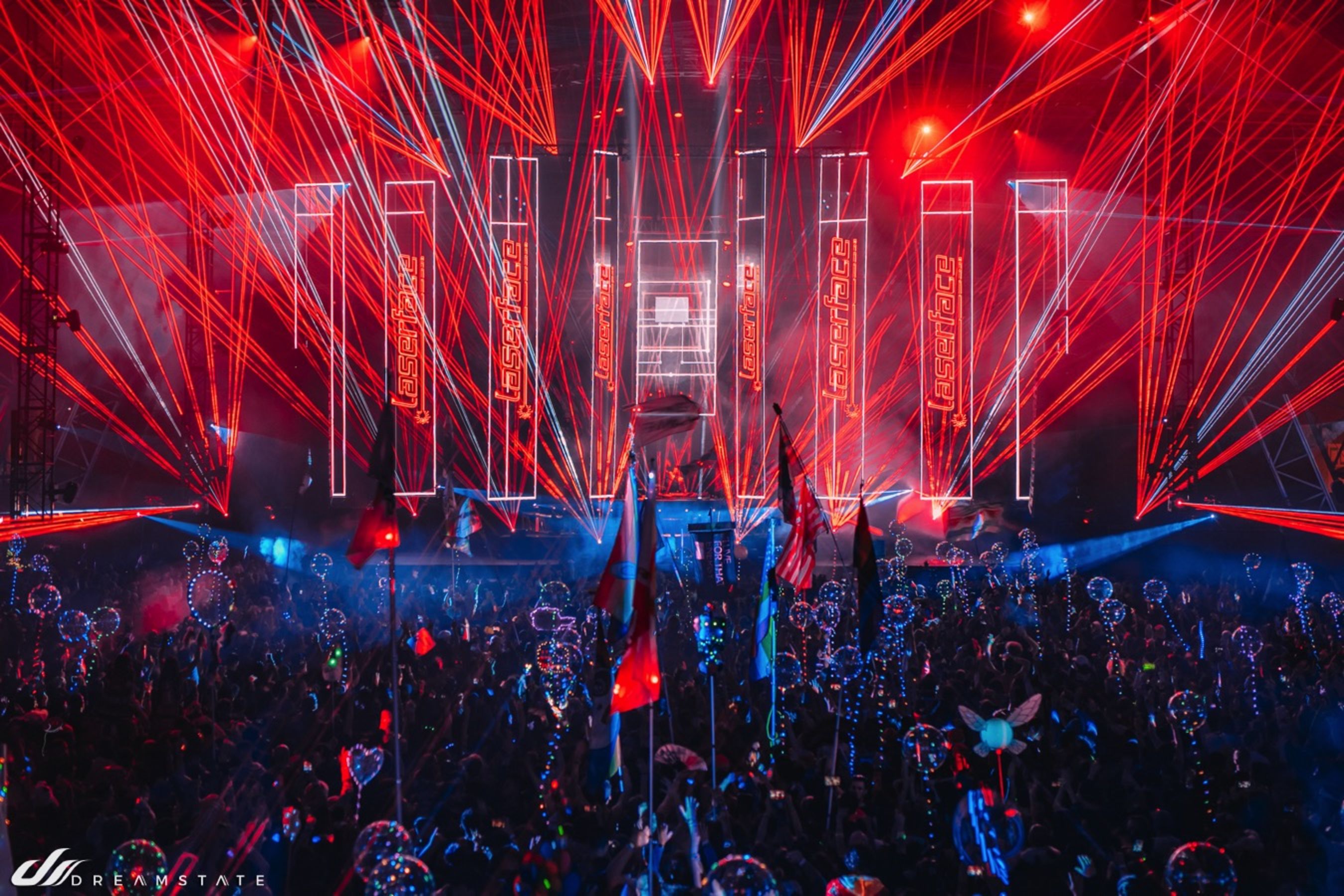 Topping off the Laserface Miami roster will be a host of internationally-acclaimed acts. A standout addition to the night, dance music treasures Tritonal will be leading the pack with their terrific anthem-driven energy and classic sound. The lineup also features fellow trance maestros Gabriel & Dresden, Ukrainian trance and progressive producer Omnia, Laserface staple artist Emma Hewitt, and leader of Florida trance, Luccio.

Dead set on making 2019 the biggest year of Laserface existence, Gareth has locked in his long-awaited return to Miami to jump-start the Laserface Tour. One glance at the dazzling production will show you just why it is one of the most buzzworthy announcements of Miami Music Week. Why? Let’s just say Laserface has a demonstrated history of leaving fans speechless, jaws to the floor in face-melting awe. From headlining Dreamstate SoCal to hosting shows at the Bill Graham Civic Auditorium in San Francisco and the PNE Forum in Vancouver, now the team is bringing the full laser rig to shutdown Wynwood. With a tremendous support lineup still to be announced for Miami, stay tuned as the festivities are just beginning.

The West Coast will be next up as the takeover crosses to the Washington Music Theater in Seattle on Saturday, April 6th. Tickets for Laserface Seattle are on sale and can be purchased here. The Laserface 2019 Tour will hit over ten cities, including the first European and Asian shows, as Laserface has surfaced exclusively in North America thus far. Each location has been carefully handpicked by Gareth and his team based on fan input and venue cohesion with the intricate production.

Tickets to Laserface Miami are available to purchase here.