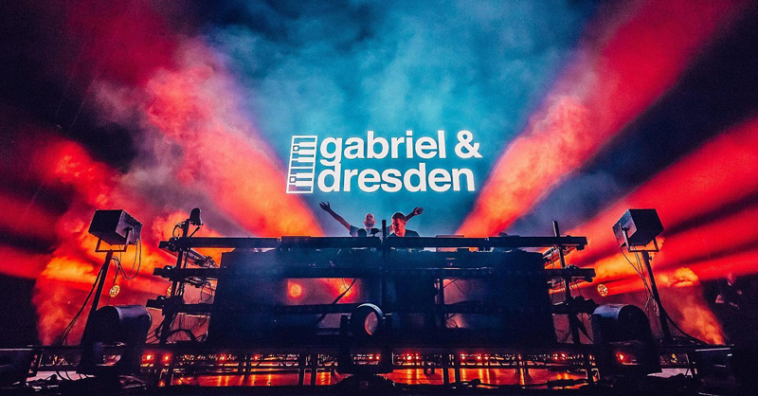 Sofa King Fridays at Boston’s Royale Nightclub have been a top highlight of this summer season, and this past weekend we caught iconic DJ/Production duo Gabriel & Dresden’s show that, yet again, blew the crowd away.

Gabriel & Dresden have helped define the global dance music scene for nearly 20 years, and they have cultivated their diehard worldwide fan base after developing and evolving into a duo that crushes the dance floor while simultaneously tugs at the soul with heart soaring music. Josh Gabriel and Dave Dresden have continuously remained top-dogs in the dance music industry with their innate ability to create and produce a versatile range of styles in music. Blending trance, progressive, tech, house, downtempo, bass, and more together in albums as well as collaborations and original songs is a special gift, and these guys never cease to amaze the world with their passion and epic live performances.

Opener Andski took the stage under electric blue lights to carry on the first half of the night with nothing but enormous sound from front to back and left to right. Setting the tone for what was still to come, Andski hyped up extraterrestrial vibes with continuous outer space visuals of the moon, stars, and galaxy, which wrapped around the entire first floor walls. As the crowd filled in, Andski dropped more and more deep beats, pounding tracks, and adrenalizing mixes of songs like “Panic Room” by Au/Ra and CamelPhat.

Dave Dresden held down the booth all night until close at 2am with nothing but pure energy, and represented the emotional and classic trance experience Gabriel & Dresden are known and loved for. Opening with their anthem “White Walls” featuring Sub Teal, the track struck through everyone in the crowd like lightning, brewing up a full two-hour set of heavenly music and sensational vibes. Building up feels with cool blue and purple visuals, multi-colored lasers and as the locals would say “wicked” smoke machines alongside beaming strobe lights created the sexy and stunning atmosphere. With the crowd steadily gaining momentum and rhythm along with the music, the set naturally led everyone to enter a state of deep muse while swaying side to side for the entire performance.

The electrifying set progressed flawlessly between original tracks and tons of music from the pair’s recent album The Only Road like “Underwater,” “Over Oceans,” “Only Road,” and “Tracking Treasure Down” which of course set the entire club off into jumping energy. Mixing in other songs like Keanu Silva’s “Fine Day” and classic Lana Del Rey anthems “ Young And Beautiful” and “Summertime Sadness,” Dave Dresden read the crowd like an open book and projected every ounce of possible euphoria with this set.

Royale Nightclub couldn’t have been a more ideal venue for this Gabriel & Dresden performance, with a spot on luxury and upscale feel, fitting for the sense of heavenly music by this duo. From entrance doors to mainstage upstairs, Royale caters to its partygoers with numerous bars on the lower floor as well as ample dance floor space. The nightclub boasts its sexy design with state-of-the-art sound systems and lighting, including one of the largest indoor LED walls in the New England Area, altogether creating a truly unparalleled experience for club goers in Boston. Its ability to transform from a nightclub into a full concert hall as well as corporate function room is the cherry on top of its sensational layout.