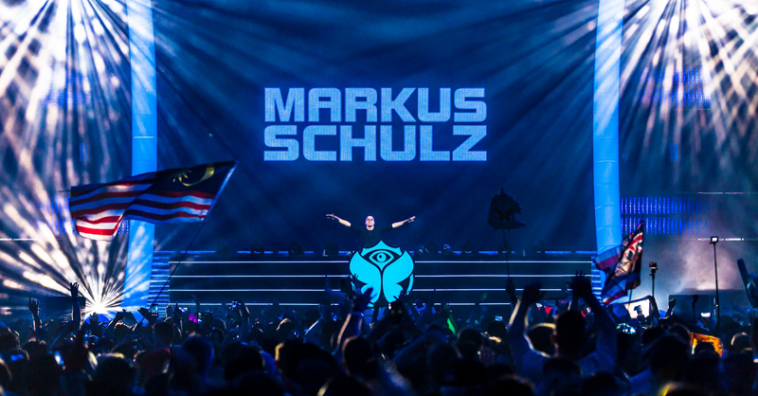 Summer 2018 has been full of epic new music releases by DJ/Producers all across the board, but now is the moment dance fans worldwide have been waiting for. Dubbed by Mixmag as “the greatest trance series of them all” industry heavyweights and all-time leaders Markus Schulz, Gabriel & Dresden, and Andy Moor are gracing the globe with In Search Of Sunrise 14, carrying on the legend of ISOS far into the future after a three-year hiatus.

Shaking up the dynamic of ISOS, this utopian trifecta is following dance icons Tiësto and Richard Durand with this compilation of pure bliss, summertime magic, and surplus of paradiscial trance vibes. Picture the moment – when the sky above the party finally lightens, the DJ catches its thematic thermal and you have element & music in perfect synch. There are few feelings to beat it and encapsulating that alchemy has been the unending quest of In Search Of Sunrise. Black Hole Recordings continues its flawless reputation of reigning in and producing infinite dance anthems, and this time around its creators are raising the energy 100x.

Starting out ISOS:14 is none other than Unicorn Slayer Markus Schulz and his endless plethora of euphoric melodies. Schulz begins his quest with the translucent “Hymn of the Replicant” – an exclusive overture born of recent studio sessions with Jam El Mar. From there it cruises on to Above & Beyond & Justine Suissa’s “Cold Feet,” lifts again with “Something About You” (his Dakota pairing with Arkham Knights), before marking its median through Solarstone’s homage to “Midsummer Nights.” With a perfectly sweet ending, Schulz and Adina Butar close out the mix with “Breathe Me To Life.” Upping the ante of ISOS, there is no one better than the master himself to set the tone for an intricate array of all things trance.

Keeping the entire compilation in amazing suspense is a full set of tracks by legendary duo Gabriel & Dresden. Josh & Dave transition darkness to light through the likes of Naden’s epic “Submersion”, the ethereal vocalism of Eelke Kleijn’s “Home,” elegiac elegance formed by Lucas Rossi’s “A Part of Myself”’ and Estiva’s sonorous “Space Dust.” The pair finishes out their series of tunes with their own fire club remix to original “Over Oceans” followed by a heavenly re-make of “Only Road” by Cosmic Gate. With massive amounts of swaying instrumentals and dramatic tones through and through, Gabriel & Dresden provide this slice of trance compilation with an ever-impressive roster of heavy hitting chords.

Boasting up ISOS:14’s arsenal of heart soaring jewels, Andy Moor brings us on his expedition through time and space, featuring a multiplicity of classics alongside wild remixes. Kicking off his sequence is Paul Thomas’ mix of the Aly & Fila/Scott Bond/Charlie Walker collab “Shadow,” exquisitely followed by Stoneface & Terminal’s cyanic take on Thrillseekers’ “In These Arms” and Omnia’s sun channeling rework of Lange & Sarah Howells’ “Out Of The Sky.” Seeing this sunrise to its ultimate zenith, Moor’s ISOS journey continues to build, including exclusive versions of Neptune Project tracks “Proteus” and “Bioluminescence.” Dishing out the last taste of all things sunrise search, Moor closes the curtain with “Supernal” from Supernal, completing the mix-comp as one of the most symphonic masterpieces of all time.

Living and breathing as a wholehearted connection to the original version of ISOS, this go around drops June 29th, so prepare for eternal summery feels and a boundless rush of perfect harmonies. Advance order In Search Of Sunrise 14 here https://isos.choons.at/vol14