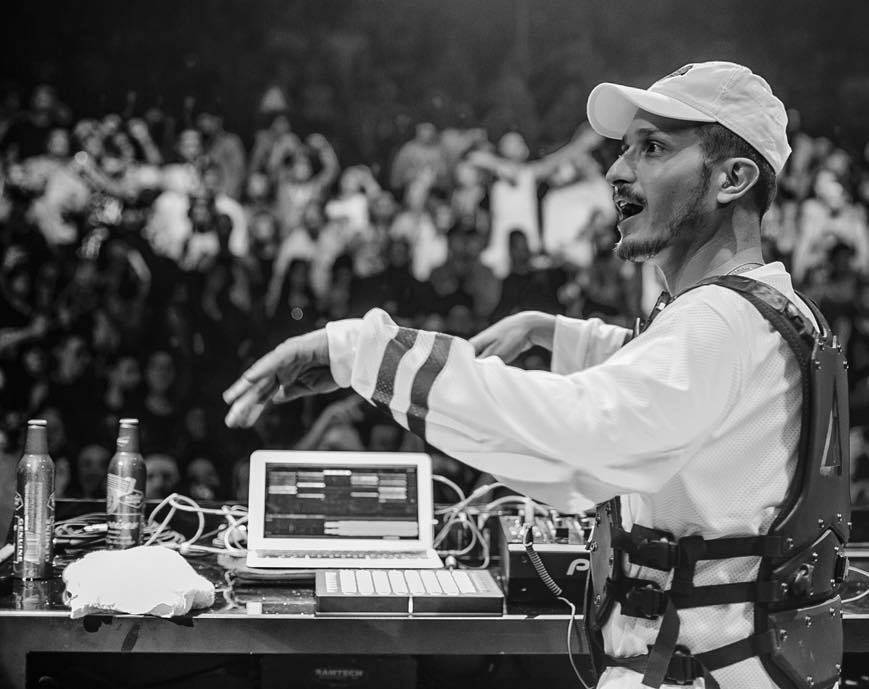 Today, Flosstradamus is hitting us in New Music Friday with his newest collaboration “So Far” alongside Nonsens.

Fans got their first listen via Nonsens recent sets with Yellow Claw’s Barong Family Radio Show, Covidhagen Festival, and Monstercat Takover. They also heard it at Floss’ EDC Las Vegas Virtual Rave-A-Thon play.  “So Far” is available now on Ultra Music. This collaboration kicks up the quarantine listening experience with its intense builds and bombastic breakdowns creating an irresistible combination of Euro and US flavors.

Flosstradamus (AKA Curt Cameruci) is an American DJ and producer. Currently based in Los Angeles, Flosstradamus came to prominence in Chicago while collaborating with acts such as Major Lazer, Matt & Kim, A-Trak and Baauer. Career highlights over the past decade include iconic tracks like Major Lazer’s “Original Don” (Flosstradamus Remix), “CROWD CNTRL,” “Mosh Pit,” “TTU (Too Turnt Up),” “Soundclash” and “Prison Riot, as well as collaborations with G.T.A, Lil’ Jon, Waka Flocka Flame, Post Malone and Travis Porter.