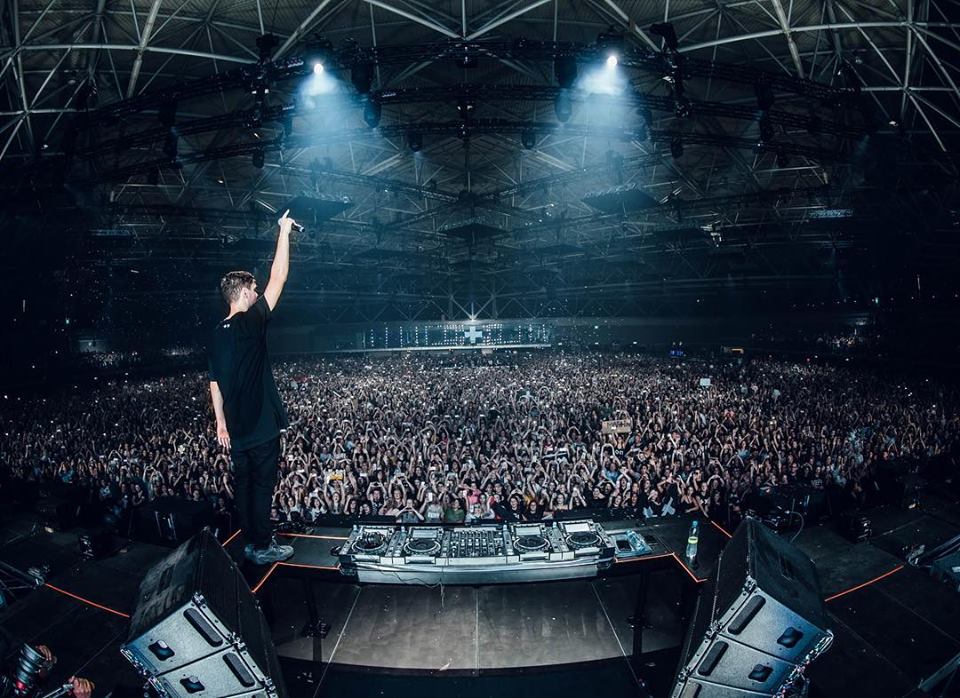 Shivers struck down tens of thousands of spines at the Johan Cruijff ArenA for the Amsterdam Music Festival (AMF), as dance music icon Martin Garrix was crowned the #1 DJ in the world by the DJ Mag Top 100 poll- yes, again! Holding down #1 for his third consecutive year, Garrix’s reveal wrapped up another prosperous week at the Amsterdam Dance Event (ADE) for the young and thriving artist.

While over 400,000 people travelled from around the world to visit Amsterdam for ADE, Garrix was welcomed to his home city yet again with enthusiastic fans waiting at the edge of their seats to experience more showstopping live performances by the king himself. Fully prepared with an arsenal of new music as well as original anthems, Garrix’s week was stacked with all sorts of festivities. 2018 has seen the releases of Garrix’s new singles like “High On Life,” “Game Over,” “So Far Away,” as well as mega collaboration tracks including “Ocean” with Khalid, “Burn Out” with Justin Mylo, and even a new EP BYLAW. Garrix’s recent EP features five new powerful records and includes artists like Dyro, Blinders, Mike Shinoda, and Pierce Fulton.

Garrix’s week kicked off on ADE’s opening day, as he hosted the first ever STMPD RCRDS label night at United Studios. Warmed up by a massive array of talent like Justin Mylo, Dyro, DubVision, Brooks, Matisse & Sadko, Todd Helder, and Julian Jordan, as well as a sensational set by Jonas Blue, United Studios was simply booming with irresistible music. As Garrix took the stage after Jonas, the massive crowd erupted into the most amazing chaos possible. He truly commands a crowd like no other, and the amount of energy coming from his fans on opening night was absolutely incredible to experience. As he threw down tracks like “Virus,” “Animals,” “Tremor,” “High On Life,” and a whole slew more, Garrix kicked off his monumental week with an unforgettable performance. STMPD RCRDS continues to boast a fantastic array of talent, and ADE 2019 goers can only hope this event will return again. An ideal beginning to the week ahead, Garrix continued his week with a tremendous slew of events from an exclusive book signing, to two sold-out shows at the Amsterdam RAI, to closing his week with an astonishing performance at AMF.