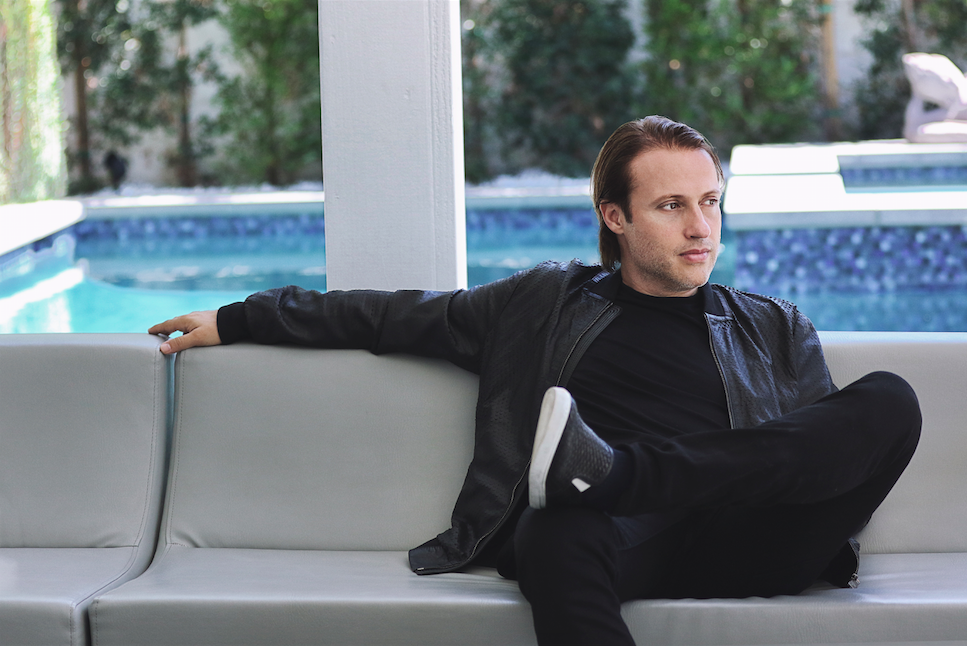 For those familiar with artists who have taken on veteran roles in the dance music space, EDX should be no stranger. The GRAMMY-nominated producer is now officially Switzerland’s most streamed artist ever. Today, he reveals his newest single “Umoja.”

Owner of the worldwide event, radio show, and podcast brand, No Xcuses, EDX’s globally treasured talent has manifested in outstanding live performances and terrific music for over 20 years. Today, “Umoja” marks another 10/10 addition to his long standing discography. “Umoja” hones in on tribal elements, finely-tweaked percussion and instrumentals, and strings of adventurous rhythms. Altogether, the track is a lively new piece of music by EDX that once again showcases his fantastic ability to shake things up and release new, exciting music time after time.

In addition to the new single, EDX also has a special announcement. On July 3rd, 2020, EDX will make history once again as he becomes the first DJ to perform on top of the iconic Würenlos Rest Stop overpass, just outside of the Swiss city of Zürich. Taking place from 8-10pm, the picturesque sunset event will see EDX perform to a backdrop of thousands of transient vehicles, as he plays two hours of the freshest electronic music atop one of Switzerland’s most unique locations.

“I’ve done a lot of livestreams over the past decade, but this one is shaping up to be the most special of them all. Both the landmark and the location are truly iconic, and with hundreds of thousands of vehicles driving through each day it makes for an incredibly unique setting. My set will run from 8-10pm so the first hour will be amazing sunset vibes, while the second hour will be performed in darkness, to a backdrop of thousands of car headlights. It’s going to be sensory overload and I can’t wait for you guys to see it.” – EDX

We had the chance to catch up with Maurizio and talk about “Umoja,” upcoming live streams like Tomorrowland next month, and got an inside look at his expertise in producing a track from start to finish. Read on in our exclusive interview below to see what EDX has been up to and what’s on the horizon.

Nocturnal Times: Really nice to catch up with you Maurizio! We missed your events during Miami Music Week this year. Where in the world are you right now?

EDX: I know, what a crazy world we’re living in right now! I’m currently at home in Switzerland and have been for the past three months. I was actually just about to fly to Miami before everything ground to a halt, and I’m really sad we had to postpone our MMW plans, but it’s been really great to spend some quality time with the family, and a lot of productive time with the team in the office.

Nocturnal Times: 2020 has of course been an unexpected year for everyone. Tell us how you’ve been spending your time during these slower months while on a break from touring?

EDX: The unforeseen pause in touring has given me a chance to slow down, reevaluate and spend some time with my team back in Zurich. It’s actually been a really welcome break from flying all over the world, and it’s allowed us to work on some really exciting plans for 2021 which has been great.

Nocturnal Times: We saw you’ll be playing the Tomorrowland Livestream next month, amazing! What sort of performance do you have in the works for it?

Yes! I think the Tomorrowland virtual festival will be really unique and special, and will prove to be a game changer for the whole livestream movement that’s sweeping the industry right now. I actually just saw some sneak 3D images and live renderings and it’s going to be absolutely incredible! Obviously a real shame not to be heading back to Boom this year, but I’m super excited to see how this alternative turns out. It’s also great that the fans will have something to experience this year, even if it might not be what they originally anticipated.

Nocturnal Times: You’ve been streaming sets for fans recently, how are you liking performing for these live streams? What has been your favorite part about live streaming? Least favorite part?

EDX: It’s been a great experience actually and definitely a learning curve. A lot of the production companies have been on hiatus because of the pandemic, so we’ve actually had to do everything in house here at the office in Switzerland. I’ve really enjoyed the excursions with the team to different locations and it’s something I want to do a lot more of in the future. To be honest though, life in Switzerland has started to get back to normal and I’ve already got my first flight booked next weekend to meet up with the Tomorrowland family in Boom, so hopefully soon I’ll be able to get back on the road and start touring again.

Nocturnal Times: Congratulations on your new single “Umoja” – what in particular would you like to share with readers about this track?

EDX: I’m actually super excited to release this track. I always do one club track each year for the Ibiza summer season and beach clubs all over the world and it’s the follow up to Ubuntu from last year. Working on this record, I wanted to keep it really tribal, groovy and fresh for people just to dance to. It’s obviously a very strange time at the moment and we’ve just heard the news that the clubs in Ibiza won’t be opening this year, but hopefully people can still enjoy Umoja over the course of the summer at house parties and smaller events.

Nocturnal Times: We’re loving the vibes from “Umoja” and its mix of drum and tribal elements. We’d love to give readers an inside look at your expertise in producing a track from start to finish. Can you walk us through the production of “Umoja?”

EDX: In the case of a club track like Umoja, you start with the bass drum and the groove, which was actually relatively simple. Then it’s a case of incorporating the main riff, which in this case is the steel drums, and then building a chord progression, a breakdown and a series of drops around that. I personally think it’s more straightforward than producing vocal tracks, but I really like the different challenges of each.

Nocturnal Times: Is there anything else you’d like to share with us about how you’re feeling about 2020, how you hope to spend the last half of it, or what you’re most looking forward to when touring returns?

EDX: My recent vocal singles ‘The Time Is Now’ and ‘I Found You’ are still doing amazingly well, so we’re still very much in the process of growing with those ones. I’ve also had a lot more time to spend in the studio since lockdown so I’ll be releasing much more music over the course of the year, in the form of original singles and some really exciting remixes which I can’t say too much about right now. If you guys stay tuned to my socials, you’ll be the first to hear everything as soon as it’s ready! On the touring side, hopefully things will get back to normal very soon, so I look forward to doing what I love the most, which is touring the world and playing for my fans.