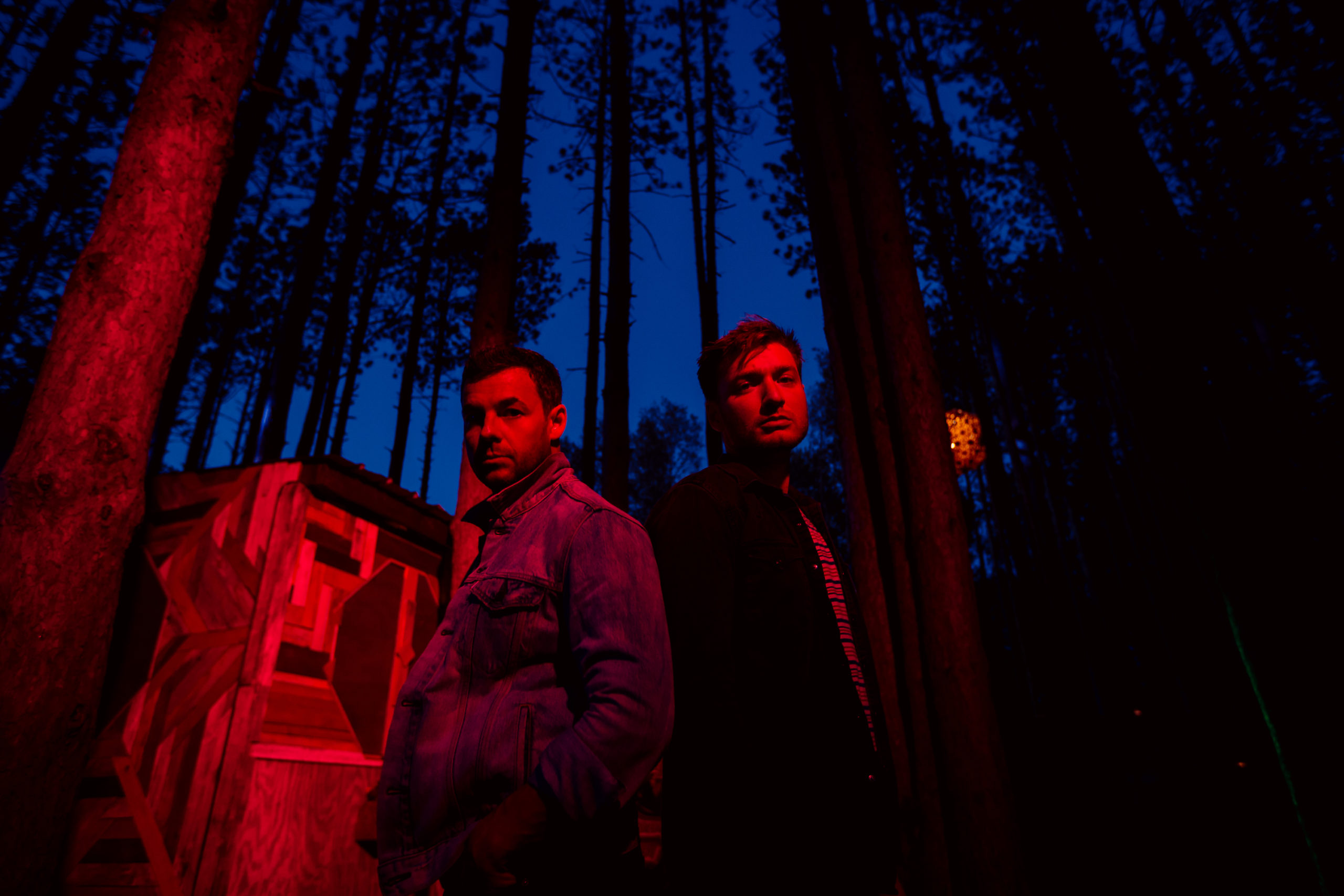 New Music Friday is bursting at the seams at the hand of one duo in particular. Today, electronic connoisseurs The Midnight reveal their brand-new album MONSTERS, alongside an incredible European Tour.

The Midnight are Tyler Lyle and Tim McEwan. Instrumentalist and producer Tim is originally from the UK and Denmark, while Tyler’s hometown in rural Georgia was the place where he grew up working with folk and country stars. Together, the two are responsible for one of the most cinematic and desirable acts of right now. When music by The Midnight strikes up, it’s an instant spark that catapults listeners into another dimension. The two have crafted their own luminous world full of wonder, and it’s leading those who travel to it into quite a nirvana.

“MONSTERS is the story of being a teenager. Adolescence is messy, tragic, brutal, wistful, and beautiful. MONSTERS is all of that.” – The Midnight

Spanning 15 flavorsome tracks, MONSTERS is beyond what we’ve all hoped and waited for. Built upon their root 80s sound, the album features classic Midnight saxophone and jazz instrumentals. Amidst those tones, the storylines of songs like “Seventeen,” “Prom Night,” and “Brooklyn,” are scripted in such a way that nothing but pure resonance sets in. The low tempo element that lays the foundation for MONSTERS is the perfect complement to the guys’ previous albums like Kids, Nocturnal, and Endless Summer. Another orchestration of immortal proportions, this album is chock full of synth-driven film scores, deep house, pop, rock and more.

Arguably just as exciting as the release of MONSTERS is The Midnight’s European Tour announcement. Kicking off in February 2021, the guys will be hitting cities including Oslo, Stockholm, Copenhagen, Hamburg, Berlin, Amsterdam, Barcelona, Paris, London, and a handful more across the EU.

We had the chance to catch up with The Midnight about MONSTERS: read on for our exclusive interview.

Nocturnal Times: Really nice to talk with you! Where in the world are you right now?

The Midnight: I’m in my basement studio in East Atlanta. We moved from New York last year because my wife and I had a baby and needed some extra space. Even though we’ve been locked inside for 1/3 of this year, it’s been amazing to have a nice big space to work.

Nocturnal Times: Since it’s our first time talking with you, we’d love to get to know more about you. Tell us about your musical roots, background, and where it all began?

The Midnight: My dad was a choir director at a small Methodist church in rural Georgia. He was also a front man for a country/classic rock band, so I got music in all directions growing up. In terms of learning to play guitar, I was fourteen and I learned G, C, and D and that was all it took.

Nocturnal Times: You put out a very cool, nostalgic, and freeing vibe both in music and image, how have you developed your look/ style and the way you want to present yourselves as artists to the world?

The Midnight: I’ve been a singer/songwriter for about 15 years now, and The Midnight was an excuse to create a world that wasn’t just my name or Tim’s on the banner. It didn’t have to hide behind a persona. We could create our version of a fairy tale. We take great care to construct the sort of fantastical world we’d like our songs to live in.

Nocturnal Times: Your new single Prom Night is a brilliant follow up to previous songs in works like Kids, Nocturnal, Endless Summer, and Days Of Thunder. What inspired the story told throughout this track about a prom night?

The Midnight: My junior prom:

She was a cheerleader. I was a nerd with a lisp on the debate team who had never been kissed. Against all odds, when I asked her to go to prom, she said yes.

The afternoon of the dance, we were walking, side by side in the early evening light, talking about nothing in particular. We’d become better friends in the weeks leading up to prom. She wore a pink silk dress with long pink gloves that went almost to her elbows. Suddenly I felt something new. She looked at me, and I noticed her looking. Her eyes were fixed. She had a curious smile. I noticed our hands were almost touching. In that moment, I felt abject terror; like the world was opening up to swallow me whole, like I was about to jump off of a cliff into nothing. I saw the window closing on the moment, took a big breath, and against all odds, moved my fingers towards hers, she moved hers towards mine. All of a sudden, there we were, in a miracle of a moment, suspended in bliss.  That’s where the song came from.

Nocturnal Times: We’d love to get an in-depth look into your creative process for Prom Night. Can you walk us through the conception, writing, and production of this particular song?

The Midnight: It works best when Tim has a sonic skeleton and I have a rough song idea, and we can hash it out in a room together. That’s what happened with Prom Night. Some songs are marathons and some never inspire enough excitement to become a fully fledged idea, but that song came together really quickly. Tim shared a melodic idea. I remembered some lines I’d written that became the chorus, and in my basement studio, it took about half a day to hash out.

Nocturnal Times: Congratulations on your upcoming album Monsters! What sort of journey will this take listeners on?

The Midnight: This record is the second part of the Kids Story, and it’s mainly about the process of individuation through the lens of adolescent relationships. Do you hold on? How tight? Do you withdraw? Do you fall head over heels? Do you keep your guard up? Monsters is about the beginning of adulthood specifically though the lens of other people.

Nocturnal Times: Of all the 80s artists you pull influence from, were there any in particular you tried to channel in the album’s sound design? If so, who?

Nocturnal Times: The 80s synthwave sound in dance music is becoming quite a treasured sound – which other current artists do you think are doing a great job in producing this sound?

The Midnight: Some of my favorites are Carpenter Brut, FM-84, and Timecop 1983.

Nocturnal Times: Are there other electronic (or non-electronic) styles you’d like to experiment with down the road? What would they be/ sound like?

The Midnight: I grew up on psych pop records coming from Athens, GA in the late 90s (Olivia Tremor Control, Apples in Stereo, Neutral Milk Hotel), and that’s a sonic landscape that feel so free. I’d love to dip my toe in those waters (I should probably learn the trombone and buy a Theremin).

Nocturnal Times: When touring finally picks back up, where is the first city and venue you’d like to play and why?

The Midnight: What an impossible question! My favorite city in Europe is Paris, so maybe there? Or Mexico City? Or Vegas? The city where it all began was San Francisco, so maybe I should say The Fox Theatre in Oakland (just across the bridge).

Nocturnal Times: What else would you like to share with readers about upcoming music, touring visions, projects that are in the works?

The Midnight: We’re always working! This album took so long to put together because we were touring so much last year, but we’re starting work on new music, and we hope the next one doesn’t take quite as long.