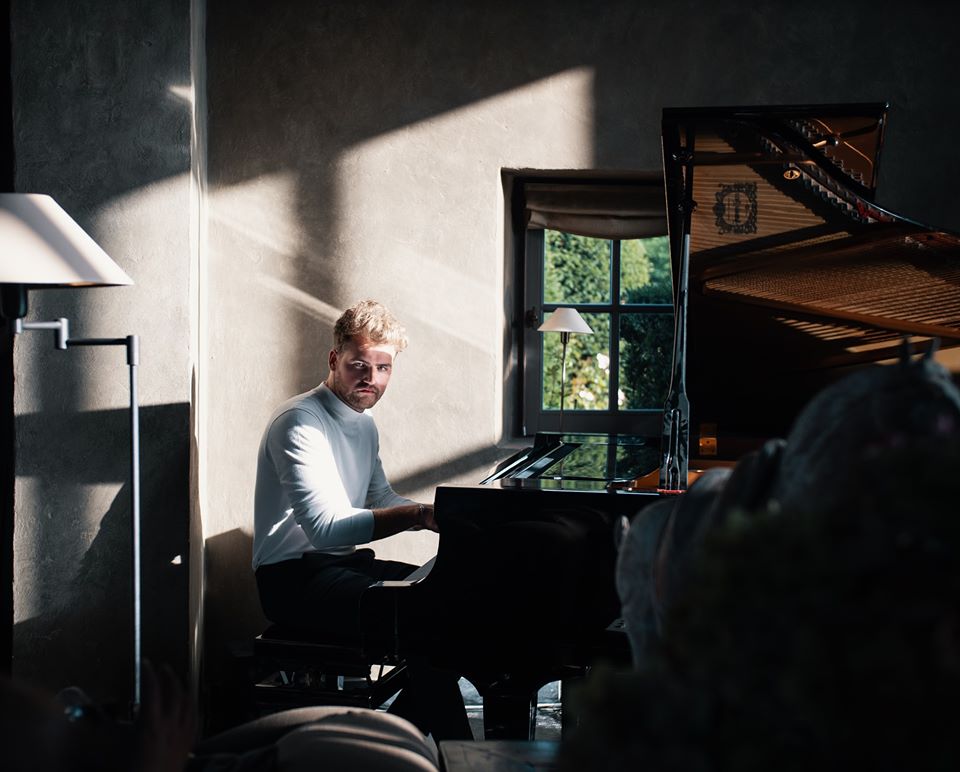 Naturally gifted and purely talented musicians are one of life’s most prized treasures, and Clément Leroux fits that picture to a tee. Originally from France, the 22-year-old producer, singer, songwriter, and multi-instrumentalist has cast a net far into the world to invite music enthusiasts from all over to enter his darling atmosphere.

2020 has seen the releases of three flavorsome singles including “Sunday,” “Alright,” and “Deja Vu” whilst past years feature Clément’s other works like his “Colors & Lights” remix of GoldFish and Cat dealers’ track, “Cruise,” “Parted Ways,” “U Got My Heart,” and several more. When it comes to nailing down a vibe, Clément takes center stage. His ability to craft savvy lyrics with ambient instruments and jazzy melodies make for genuinely beautiful tunes one after another. His sound can be described as blending electronic elements with indie-rock soundscapes.

Clément’s label repertoire extends to acclaimed names including Universal & Warner, as well as his current home of Armada Music, the world’s largest independent label. With reaching #1 on SiriusXM Chill and #9 across all genres on France’s Viral 50 Chart under his belt, Clément is proving to be a top desire at the moment. By scoping out Clément’s spots in Spotify playlists like New Music Friday, Chill Tracks, Electro Chill, Lounge-Soft House, Electronic Focus, Coffee Club, one gathers a pretty clear and exciting idea of the sort of delightful music Clément produces.

Topping things off, Clément will be releasing his debut album later this year titled Circle Line. As he’s built up the album with beautiful teases in single tracks, we’re all very excited to see an extended soundtrack into the world of Clément Leroux. We had the pleasure of getting to know Clément more- read on to hear about his life background, musical influences, album visions, Armada & more in our exclusive interview below.

Clément Leroux: Well, first of all, as I recently moved to my flat, I’ve been cleaning and rearranging stuff in the apartment which took quite some time. Since I didn’t receive my studio desk until mid-April, I focused more on practicing my live sets and the new songs coming out with my debut album (Circle Line), so that I’m super ready when the shows can start again! In my free time, I started reading again, which was a pleasure long forgotten if I’m honest.

Nocturnal Times: We’d love to get to know more about you, your background, and where your roots began in music. Can you tell us a few things to help readers get to know you a bit more?

Clément Leroux: Sure thing! My name is Clément Leroux, I’m 22 and 7⁄8 years old and I’m a French producer raised in Belgium. I always had a thing for music. I started taking piano lessons at age 7 which led me to production around age 14. In the meantime I started playing the guitar, taking lessons for about two years. This musical background really helped me experiment and develop my sound. After graduating from high school I left for London to study sound engineering. At that point, I really felt creatively free. Surrounded by so many great people from all around the world and from every culture, I had no boundaries in terms of producing. That’s when I started shaping my sound, inspired by (British) rock, pop and still surfing the current wave of electronic music. My London experience even inspired my album title, Circle Line.

Nocturnal Times: It seems your upbringing in the Lille, France area had a positive influence on your love and appreciation for art & music, and that fusion of creativity shows greatly in your music. If you had to describe your current sound in 1-2 sentences, how would you describe it?

Clément Leroux: It’s a blend of all my influences. Jazzy chords blended with electronic beats and rocky riff patterns. I like to call it electronic music’s version of indie-rock.

Nocturnal Times: Tell us how you landed here at the esteemed Armada music label and why you’re most excited to be part of the Armada family?

Clément Leroux: Above all, I’m grateful to be a part of Armada. What struck me during the first meeting in their office in Amsterdam is that everyone is so friendly with each other. It really feels like a family, which they make you feel a part of straight away. How I landed there, it was the label my team and I thought right away would be the best fit, I just pushed my luck, and they believed in me.

Nocturnal Times: Congratulations on your recent single “Alright” – what would you like to share with fans & readers about this one that they may not know yet?

Clément Leroux: Thank you! It’s a very personal song. I wrote it during a breakup of a relationship, and my brain wouldn’t process that it was unhealthy until I wrote it down on paper and sang it. “Alright” means a lot to me emotionally but also musically as it really exhibits my sound – jazzy chords and a catchy melody with a touch of electronic music with my singing on top. I’m proud that SiriusXM Chill, which is a big supporter of my music, named it #ChilledFirst and Apple Music put it on some of their best dance playlists!

Nocturnal Times: We’re all excited for your upcoming album! Tell us more about the process, songs, vibe, vision etc.?

Clément Leroux: So am I! Beyond excited. All the songs were written in my bedroom in Shoreditch, London. My old roommates could tell you all about it haha. During the 3 years I lived there, 2 of them consisted of finding my own sound (and studying, a bit) and the 3rd year was spent writing it. My team and I were so happy with it, we decided to send the demo to labels – Armada being our top one. Luckily we didn’t have to look further! They saw what I saw in the album. Then went the time to finish it and polish it with great recommendations from my team (and my parents and friends) so that it would be perfect. I can say now that it’s 100% done and that it’s amazing haha. The vibe is really unique, if you like Coldplay, Tame Impala, Rufus du Sol, Jungle, Rex Orange County or Kygo, there’s a great chance you’ll be into Circle Line.

Nocturnal Times: Are there one or two songs from the album that hold particular significance? If so, which songs and why?

Clément Leroux: If I had to pick one, I’d say “Free.” Unreleased at this point, it’s a song I wrote together with my manager and sung by my 17-year-old little sister Chloé. This song has such a positive vibe, a catchy riff, a beautiful energy and an unusual arrangement, it might secretly be my favourite of the album. Don’t tell that to the other songs, they might get jealous. Once you hear the first seconds, you want to pack your stuff, put them in the trunk and go on a summer trip with your friends.

Nocturnal Times: Live tours are becoming more and more of an idealized performance style; being a live performer yourself, can you share with us what your sort of dream tour may look like?

Clément Leroux: My team and I have talked about this for a while. I play the guitar, piano, bass, and sing. Adding a live drummer to the mix and an extra musician, I would love to eventually play live electronic music with a band. It would be a fantasy come true to do this for a summer playing all the beautiful cities on the Mediterranean Sea. For now, I am a one-man show, and I always play live; I’m not a DJ, so I like my set-up to highlight the live instrumental and vocal aspects of my music.

Nocturnal Times: You have really fun & creative ideas for videos including your rooftop set for Armada Invites. What is one cool concept you’d love to bring to life for a music video?

Thank you! I have a few concepts in mind actually. One would be to do an animated video, with a cute character walking past the great wonders of the world in one shot. I think that’d fit the vibe of my music. Also I’d like to have a more realistic yet surrealistic music video such as Jamie xx – Gosh directed by the amazing Romain Gavras, or Darius – Lost in the Moment’s music video. These songs/music videos are such a vibe… they give me chills every time.

Nocturnal Times Bonus: First place you’re going to as soon as quarantine ends and why??

Clément Leroux: Wherever, as long as it’s a bar and they have fresh draught beer… I’M IN.