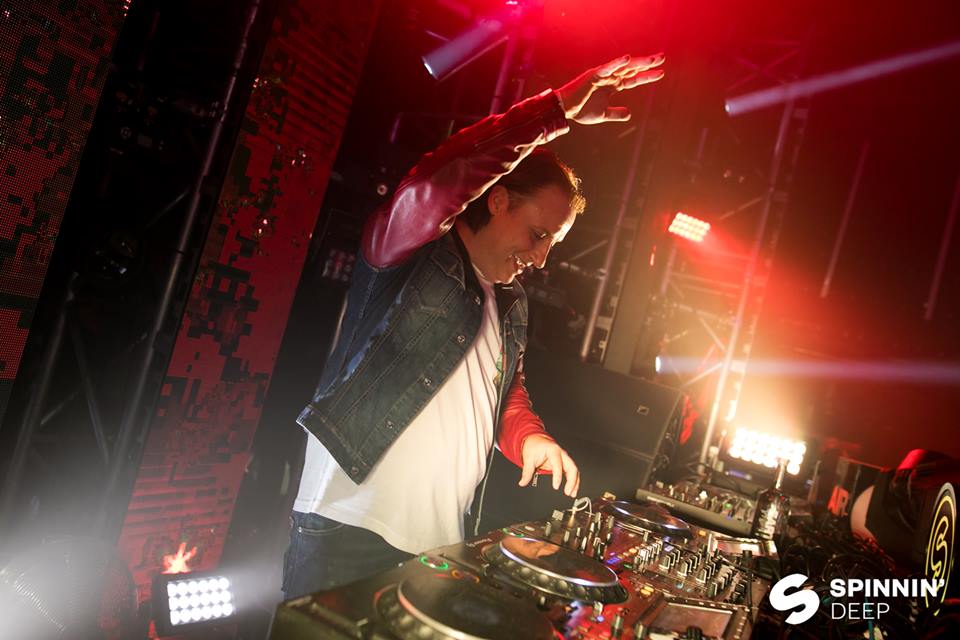 In full Fall season swing, Swiss powerhouse DJ/producer EDX has wrapped up another wildly successful week at the 23rd anniversary of the Amsterdam Dance Event. With a jam-packed string of performances, playing newly released music, and spending time at sets by fellow artists and friends, EDX has given us another glimpse into his realm of musical vision whilst showcasing why he remains one of the industry’s most treasured artists.

From an unforgettable set at Spinnin’ Records Spinnin’ Deep party at AIR Amsterdam, to his signature No Xcuses night, to the Darklight Sessions at Escape Nightclub, to a performance at SLAM! Radio, to hosting a meet and greet with fans at Amsterdam’s Fiko Restaurant, EDX really took advantage of his time in Amsterdam and was quite a strong presence for his fans all week long. Changing up his sets each and every night to ensure a freshly minted sound for varying crowds, Maurizio Colella proves time and time again his master craft for live performance and his innate ability to take crowds on a journey of sound and good vibrations.

Highlighting his newest cut of David Guetta’s “Don’t Leave Me Alone,” Colella threw down his Indian Summer Remix at Club AIR for Spinnin’ Deep which was easily one of the most crowd energizers of the whole night. Dutch vocalist and songwriter Mingue, (featured vocalist on EDX’s track “Missing”) guest appeared on stage to sing the all-time sunny anthem “Show Me Love,” another shining moment of the Spinnin’ Deep set. And of course, there is nothing like when EDX takes the stage with close friend and fellow artist Croatia Squad, so that was a pleasant surprise as well to have them play on stage together unexpectedly. The two put forth such an incredible amount of energy, which carried over to their performances at the No Xcuses party Friday night. Hosted at Amsterdam’s wild and sexy Bunny Bunny Bar, No Xcuses succeeded as a 10/10 evening that touched fan’s hearts and souls with music and entertainment.

We cozied up with EDX following his set Wednesday night at SLAM! Radio to discuss his plans for the week in Amsterdam, No Xcuses episode 400, recent releases, pizza parties, and more! Read below for our exclusive ADE 2018 interview:

Nocturnal Times: We’re back at the kickoff of another Amsterdam Dance Event! How does it feel to be back here in this exciting environment?

EDX: Wicked! I got to meet so many great people already. I just came out of a meet and greet with like twenty fans from all over the world. Some came from India, some from Ecuador, some Canadian, some European. It was just fun to have a chat with fans you know – talk about music. It was in a pizzeria where I even got to make pizza myself for my fans, and it’s cool! Amsterdam is cool because people come here and are here for the music and it’s a good thing for a DJ because you get to meet fans, but you also get to meet a lot of DJ friends. I just bumped into Alan Walker, and just a little bit before I met my good friend Don, Don Diablo, just within 30 minutes. Imagine how many people I met today hustling all around!

Nocturnal Times: You have a few events here this week – No Xcuses, Darklight Sessions, Spinnin’ Deep. Is there anything in particular you’ll be showcasing at these events?

EDX: You know it’s a lot of fun actually. It’s my first time we’re kicking off Amsterdam with a No Xcuses edition, and it’s the 400th edition, and it’s so fucking great actually. It’s like something I would have never believed if someone told me 8 years back. I started with my first, “Hey guys it’s EDX,” and I didn’t even know how to talk on the radio, and now it’s No Xcuses 400 and it became such a great journey for me to talk and have a weekly way to speak to the fans and just people who love music. So yeah we are doing No Xcuses 400 and we are inviting Tom Staar, my boy Croatia Squad, Mahmut Orhan, and then there is Moguai. But I’m also playing again this year for the Darklight Sessions for my very good friend Fedde le Grand and I’m going to also do Spinnin’ Deep as I’ve been actually one of the very first DJs on the Spinnin’ Deep label.

Nocturnal Times: We definitely wanted to talk to you more about No Xcuses and your 400th episode. We know you were interacting a lot with your fans and asking them what some of their favorite tracks over the years have been. Were you surprised at all by any of the answers, or what was it like hearing all of their responses?

EDX: There were a lot of great tracks chosen by my fans and it really warmed up my heart seeing my track “Breathin” being the most requested track for the 400th edition. It’s a track that I’m very personal to, it’s a track that’s literally just me, and it’s been chosen – a track that’s like 4 or 5 years old as the #1 most wanted track for No Xcuses! There have been a lot of other tracks, and I tried also to add some older tracks like from 5 and 6 years back – just back to the roots where we started with the whole No Xcuses journey. It’s simply great – this all started because I was so overwhelmed about all the great feedback and all the love I especially got in the early days when EDM started to become the big thing with the U.S. audience. And my “Angel On My Shoulder” remix, which I also will play in my 400th edition, was so big in the U.S., so I just did this show to give something back every week. Something for free, and now we are 8 years later! It takes a lot of time out of my week and I do it just because I love it and it’s a great feeling and I know there’s a lot of people out there that really are happy and really are enjoying my shows, and this means something to them. There’s millions of people listening to the show since day 1 and it’s a great journey – I’m really happy I started it.

Nocturnal Times: Do you consider this 400th episode one of your biggest milestones so far?

EDX: I’m actually not really working too much with milestones, but it’s definitely cool, cool, cool!

Nocturnal Times: Your recent single, “Sillage” has been a major hit – can you tell us about the production a little bit?

EDX: I think last time we met in Chicago, “Sillage” was not out yet. But it was just a track that I felt like doing something more for Ibiza, something cooler, something that can kind of work between the club and festival sets but still is really going to high energy. I tried just to incorporate a little bit of kind of the feeling of the Balearic Islands nights, and I used that sample from back in the day so I made it a little bit more fresh sounding, and the feedback is actually awesome. People are playing it, and the record is just a month old so it is still growing while I am releasing other tracks now like new remixes, and it’s a lot of music that is coming out and it’s exciting.

Nocturnal Times: Yeah it’s featured in different spots, even recently in Armin’s ASOT and it’s really taking off quite a bit.

EDX: Yeah Armin is great! He’s one of my supporters from day one, since the really early days of EDX, when I was like okay let’s go back and make music. Like in 2007 I remixed one of his records which I would say is still one of my favorite Indian Summer Remixes, and the track was called “The Sound of Goodbye” and it’s a track that really means a lot to me. It’s an amazing song from Armin and since then he’s supporting my music and it’s really great you know, that you’re able to work on new, fresh beats or make your own music in kind of a small neighborhood of Zurich and you reach so many different artists – like you reach deep house artists, you reach mainstream, you reach trance artists. It’s great to make music that touches people and really means a lot to me!